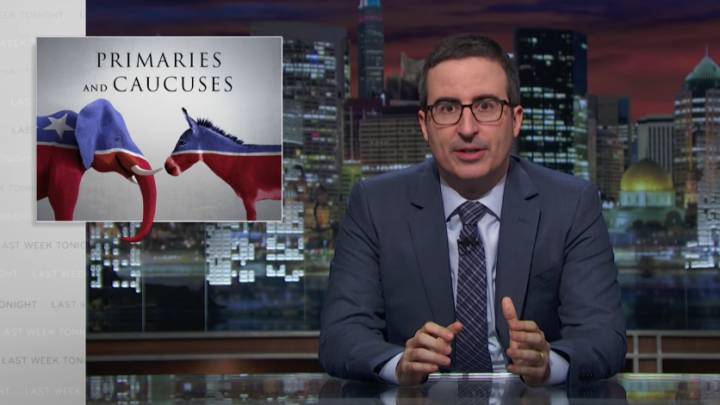 HBO’s John Oliver takes issue with the way the United States chooses its president every four years. Specifically, Oliver focused on the way primaries and caucuses work, and how the system isn’t as democratic as regular voters might think. Oliver argues that either party can circumvent the will of the people by taking advantage of certain loopholes in the rulebooks, and they essentially bypass the primary vote if they want to.

Oliver may mock the entire presidential election system in his usual style, but he also presents all the facts you need to know to understand how the game is played. Oliver explains the differences between primaries and caucuses, and how some states hold both types of event even though only one really counts.

To further prove his point, Oliver even admits he had to agree with Donald Trump on the way primaries and caucuses are run. “The thing is, I get why he’s annoyed, and there’s no clear a piece of evidence that our system is broken, no more thoroughly dead canary in the coal mine than when Donald Trump is actually making sense,” Oliver says while explaining how Trump obtained fewer delegates in a state than the rival he beat in the local primary.

The entire clip from Last Week Tonight is definitely worth checking out, and it’s embedded below.