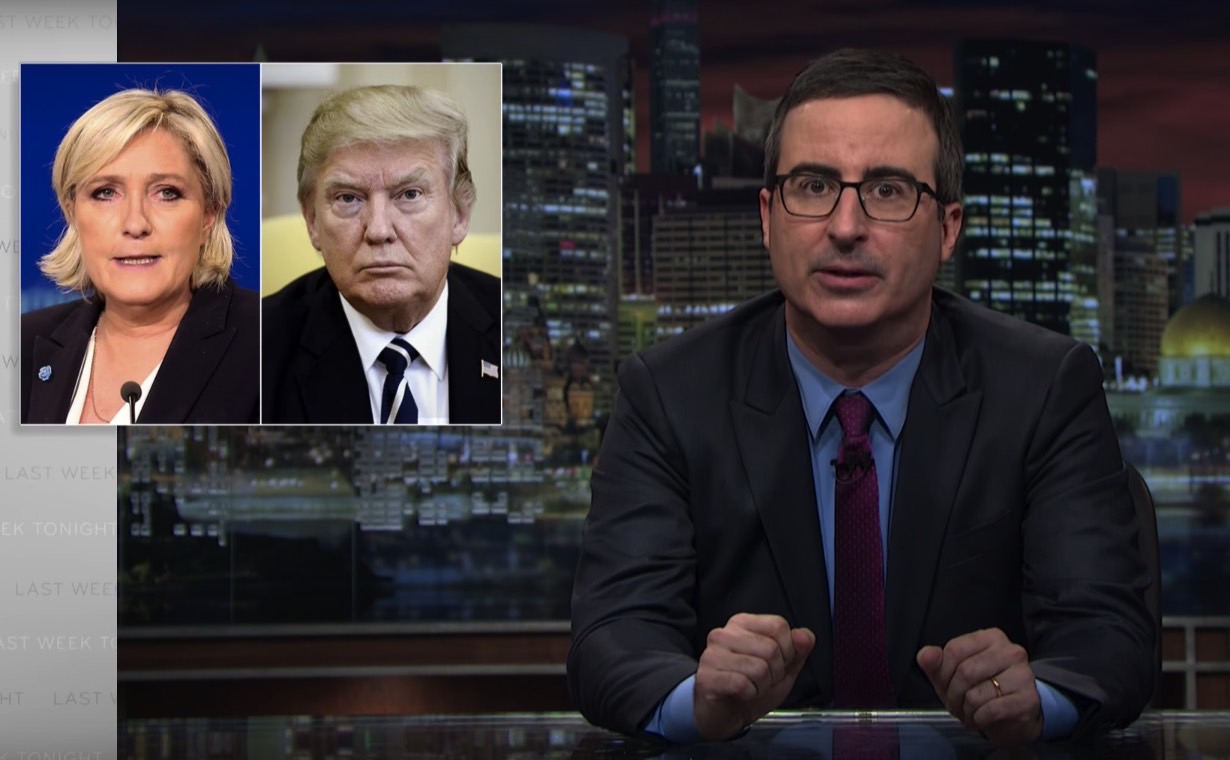 The French presidential election will kick off on Sunday with its first round, and Last Week Tonight’s John Oliver dedicated a lengthy and hilarious segment to the issue, urging the French population to come out and vote, especially in the second round, to avoid a potentially disastrous outcome for the country.

Oliver urged the French people to be superior to the UK and US, two countries that witnessed surprising election results in the recent past, including Brexit and Donald Trump’s presidential win, respectively.

You may not be familiar with French politics, but Last Week Tonight’s segment does a great job at presenting the candidates running for president this year, including the ones that don’t stand a chance to pass the first round, and the ones that will probably face off in the second round.

Marie Le Pen is France’s own Trump candidate, Oliver warns, a populist candidate with a hard stance on immigration and support for a Frexit movement — taking France out of the European Union — which could potentially destroy the EU.

“One of the frustrating things about watching this unfold from America, is this feels a little like deja vu,” Oliver warns, “A potentially destabilizing populist campaigning on anti-immigrant rhetoric who rages against the elites despite having a powerful father and inherited wealth, even as experts reassure us that there is no way that this can possibly happen.”

Watch Oliver’s full segment on the imminent French elections below: