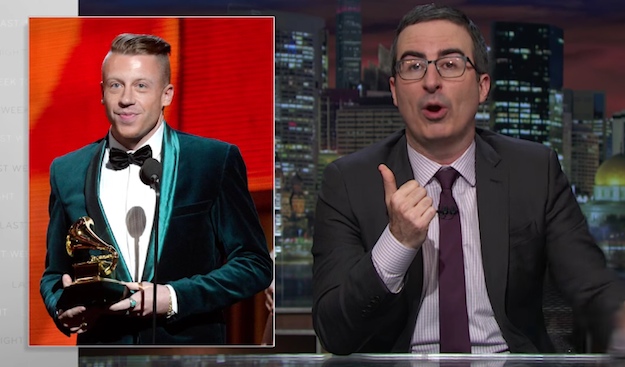 Over the weekend, HBO’s John Oliver posted a short but sweet video highlighting the myriad of ways in which the world has changed over the last 17 years. Now what’s so special about 17, you might naturally be wondering.

Well, after a 17-year incubation period spent underground, cicada’s in 2016 are set to emerge and greet the world for the first time. And not wanting any cicada to feel out of the loop or likely to make some embarrassing social faux-pas at a party, Oliver took it upon himself to let these hibernating cicada’s know what life is like in the present day.

Oliver starts off with some requisite political updates, but the real gems come later in the video when Oliver turns his attention to the entertainment world.

“Dr. Dre is now a multi-millionaire electronics mogul,” Oliver quipped. “[Mackelmore] won a grammy for ‘Best Rap Song’, the curly haired guy from N’Sync is one of the biggest entertainers in the world, and the least singer of R&B group Destiny’s Child is essentially our queen now.”

Some other highlights include a funny take on how Michael Jordan has now become a crying meme and how the Internet no longer “screams in agony” via dial up when you browse the web.