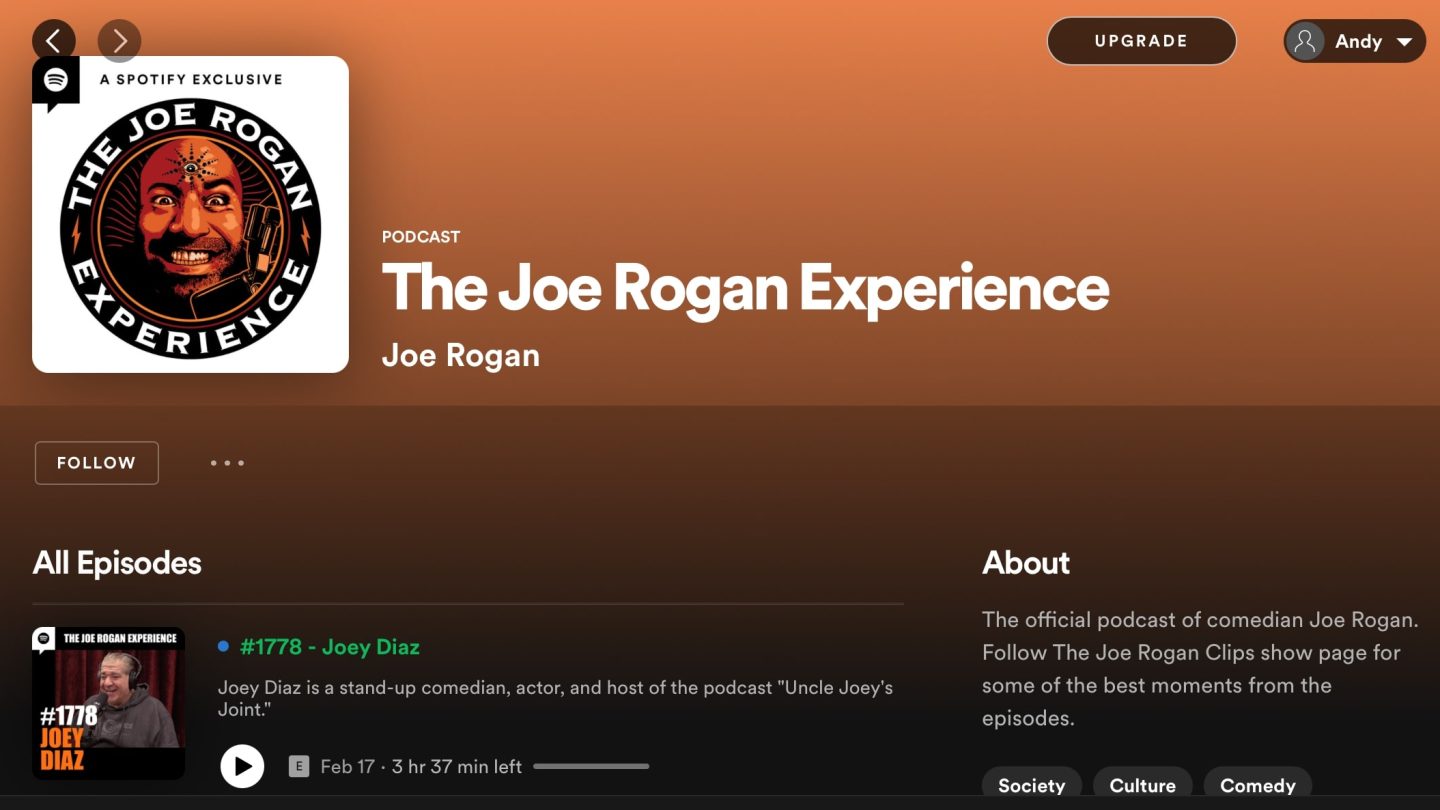 None of us need a reminder of what a massive cultural impact and high profile Joe Rogan commands through his Spotify exclusive podcast. But here’s perhaps a surprising indication of how much of a long shadow the Joe Rogan Experience podcast casts. Another of the biggest podcasts in the world right now is actually a show that’s more or less just a Joe Rogan recap podcast. And it’s doing so well that it’s managed to garner a reported 1 million downloads a month.

That show is the Joe Rogan Experience Review. Among other things, it distills the hours of weekly Rogan content into a 45-minute or so breakdown. Adam Thorne is the creator, and with his co-host Garrett Hess, each episode sees them ” share their favorite moments from Rogan’s hit show, revisiting its funniest bits, debating its best interviews and chewing over its most outlandish ideas,” a new Bloomberg report notes. The pair also mixes in “their own thoughts on related topics such as stand-up comedy, hunting” and the media.

Really, this kind of thing is part and parcel of the trend that accompanies popular TV shows nowadays. Wherein podcast series — either pop-up shows of just a couple episodes or all-new full-season shows — are launched to build off the success of TV series. Netflix, for example, just rolled out several Tinder Swindler-themed podcast episodes, within its You Can’t Make This Up podcast show. Those episodes complement the hugely successful Netflix documentary of the same name.

Thorne’s Rogan-themed podcast — an episode of which you can check out below — rose as high as #6 on Apple’s podcast chart earlier this month. And according to industry rankings, it’s one of the biggest in the world.

“I always found myself holding discussions about what was on his show and what we liked about it,” Thorne told Bloomberg about Rogan’s show. “I was fascinated by how he ran the whole show. So I thought, why not discuss that?”

Speaking of the controversial show host that all this is based on, meanwhile? He’s been at the center of a major firestorm in recent weeks. Show episodes in which he’s spread problematic Covid-related content, for example, spurred a handful of artists including Neil Young to pull their music off of the streamer.

In January, a few hundred scientists and healthcare professionals signed a letter accusing the Rogan podcast of promoting conspiracy theories. And at the end of January, Joni Mitchell likewise announced she’s pulling her music from Spotify.

“I’ve decided to remove all my music from Spotify. Irresponsible people are spreading lies that are costing people their lives,” the singer wrote on her website. “I stand in solidarity with Neil Young and the global scientific and medical communities on this issue.”

For now, Spotify is standing by Rogan and his podcast, and here’s one possible reason why. The streamer actually seems to have paid a lot more money than previously thought to secure Rogan’s show.

The New York Times on Thursday revealed new details about the Rogan licensing agreement. It was originally reported to be worth more than $100 million. But the true value, according to the paper, is at least $200 million.