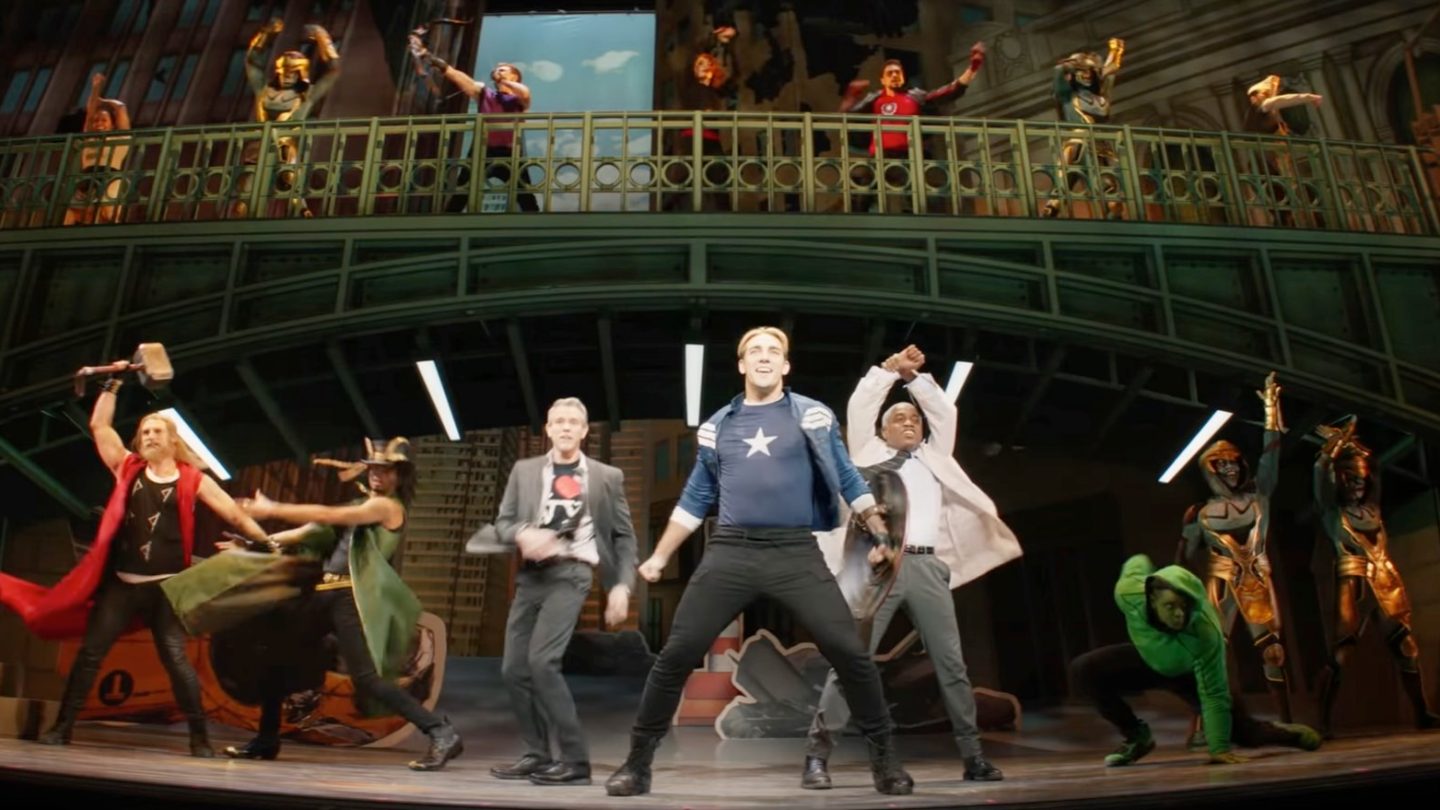 The final MCU adventure of the year concluded on Wednesday, as Hawkeye episode 6 hit Disney Plus. We already explained the Hawkeye finale and that puzzling post-credits scene, which happens to be the only credits scene of the season. As you watch the final Hawkeye scene, you might realize that it amplifies a big Avengers problem that Marvel will have to address at some point soon. Beware that several Avengers spoilers from Hawkeye and MCU Phase 4 may follow below.

The Hawkeye finale features plenty of cliffhangers for the future, making a post-credits scene inessential. Marvel wraps up everything in what turned out to be the longest episode of the season. And Marvel isn’t quite ready to answer many of our lingering questions about the things we saw in the show.

With that in mind, the Rogers musical scene that comes after the credits make sense. It’s a silly musical set in the world of the Avengers that means little to the overarching MCU Phase 4 plot. At best, it tells us how important the Avengers are and how much some people love them.

However, this Rogers scene makes you realize that Marvel has a big Avengers problem that needs clarification. It’s a potential plot hole.

What Hawkeye tells us is something we learned from other MCU shows, including Endgame. The Earth’s mightiest heroes are quite popular with regular humans. It’s something the Hawkeye finale further demonstrates.

The Rogers credits scene is an ode to the Avengers. And a weird one, given that it features Ant-Man, a hero who was not present during the Battle of New York in The Avengers. Yet he’s a widely recognized and beloved hero.

What do regular people really know?

This begs the question, what do people really know about the Avengers and other superheroes?

We have superheroes on the street cosplaying as various Avengers. We saw the same thing happen in a deleted Black Widow scene — kids were playing Avengers in the street.

Wong (Benedict Wong) is incredibly popular in Shang-Chi. No Way Home might explain why that’s the case — he’s the world’s Sorcerer Supreme.

The Ant-Man presence in the Hawkeye credits scene makes it clear that everyone knows who Scott Lang is. But why is he so popular all of a sudden?

In The Falcon and the Winter Soldier, people acknowledged Sam Wilson (Anthony Mackie) and Bucky Barnes (Sebastian Stan) as superheroes. The latter finally proved himself as an Avenger, beyond his actions in Endgame. Also, in Falcon, some Avengers fans speculate that Steve Rogers (Chris Evans) is on the Moon. Meanwhile, the authorities honor Steve Rogers’ Captain America with a very public event.

Separately, the Flag Smashers and others do oppose superheroes. Val (Julia Louis-Dreyfus), who knows everything, informs Yelena that Hawkeye killed Nat in Black Widow. And let’s not forget that some Spider-Man haters believe the Mysterio conspiracy.

On the other hand, in WandaVision, we see SWORD and FBI agents discuss the various Avengers and their powers. They compare Captain Marvel’s (Brie Larson) power to Wanda’s (Elizabeth Olsen) during the Endgame final fight. Clearly, the higher the clearance, the more factual information you have about the Avengers.

These people would know that Ant-Man wasn’t part of the original Avengers team that fought for humanity. A plaque dedicated to the Original Six appeared earlier in the Hawkeye TV show. Scott Lang isn’t on it.

What’s puzzling in all of this is the world’s sometimes contradicting attitude towards the Avengers. There’s a lot of love for superheroes; that much the Hawkeye credits make it clear. But there are plenty of grey areas that amount to potential plot holes that Marvel needs to fix.

Hawkeye has its own Avengers plot hole problem

Who oversees the Avengers and the superheroes of Earth? Apparently, Hawkeye can do whatever he wants in New York, and nobody will question his actions. That big Pym arrow earlier in the series is a huge plot hole.

We assume the Sokovia Accords were pretty much abandoned during the events in Infinity War. But we don’t know that for certain. Can anyone just be a hero after Infinity War? Let’s remember that Peter Parker (Tom Holland) somehow never had to disclose his identity while the accords were in place, which is also somewhat problematic.

In the aftermath of Endgame, can anybody act as a superhero on the planet? And if so, are the Avengers activities widely covered? How much information do authorities release to the public? How and what do people really know about the Endgame events? Do people like Val have first-hand accounts of those events? How does information gets distorted to the point where some people think Ant-Man was an original Avenger?

How does all of this relate to the Hawkeye finale?

Well, Ronin “dies” for real in the TV show. But Hawkeye never had to answer for his rogue actions in between Infinity War and Endgame. Also, only a few people knew what Ronin did between Infinity War and Endgame. The list includes Nat and Rhodey (Don Cheadle). But somehow, someone stole his suit from a battle scene without finding out what Avenger used it.

If superheroes are so popular, and people know so much about them, you can easily tie a link between the Ronin and the Avengers. And how is it that it was so easy for someone to steal things from the Avengers Compound Battle in the first place?

Similarly, Wanda (Elizabeth Olsen) never had to face any consequences for essentially kidnapping an entire town for several days in WandaVision.

Yet Spider-Man (Tom Holland) faced intense public scrutiny and an investigation in No Way Home even though the charges against him can easily be proven false.

Then again, the closest thing we got to actual oversight was in Falcon. We saw a quick judgment of John Walker’s (Wyatt Russell) heinous crime, but there was no real punishment.

Avengers 5 is likely happening with or without Hawkeye

Getting back to Shang-Chi, its big credits scene reveal tells us that the Avengers are very much assembled. Marvel will have to find a way to answer all of these questions once it’s ready to make Avengers 5. Many of the original Avengers might be retired, dead, or gone from this universe. But the world has just met new heroes, including a brand new Hawkeye version.

The Blip, the Ten Rings mythical threat and the unexplained events in Eternals are just a few of the major recent events that prove the world still needs the Avengers. And the world has no idea about Kang (Jonathan Majors), the TVA, or the multiverse threat.

The point is that Marvel might have to address these Avengers questions down the road. Earth could undoubtedly benefit from rules that govern super-powered beings in the future.