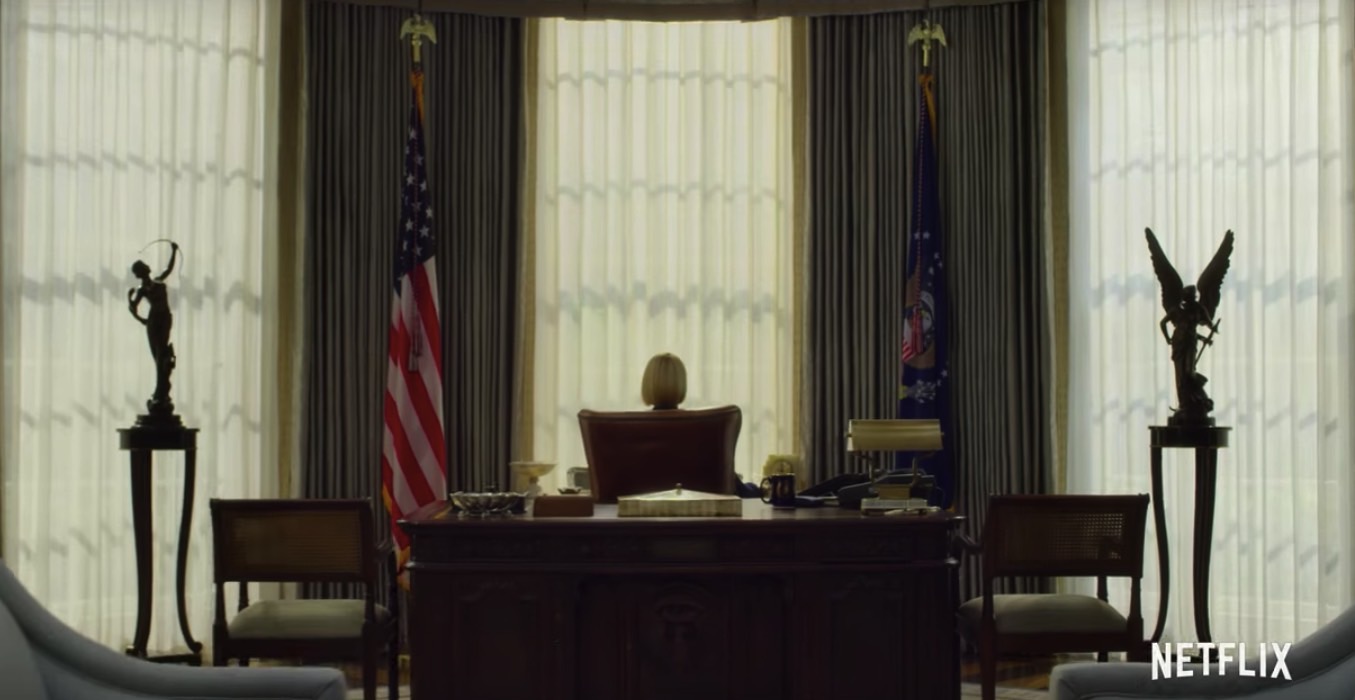 A few weeks ago we learned that House of Cards resumed production, with Netflix having added to the cast a couple of well-known actors supposed to replace Kevin Spacey. That would be Greg Kinnear and Diane Lane, if you were wondering, supposed to play a brother and sister duo.

At the time, however, it wasn’t clear whether season 6, the last season of the popular Netflix show, would launch this year.

However, Netflix just released a 45-second trailer for season 6 that delivers two important messages — well, the actual clip comes it at barely 30 seconds.

First of all, House of Cards season 6 is all about a different Underwood’s White House. “We’re just getting started,” Claire says in the clip, without adding much else. We know from season 5’s finale that it’s Claire’s turn. That much was obvious all along. But we do expect to see her address the audience just as her husband did.

What happens to Frank, meanwhile, is a mystery, and we probably won’t find out from trailers.

The second thing the teaser confirms is that House of Cards season 6 launches “this fall,” only on Netflix, of course. We don’t have a definitive launch date yet, but be prepared to clear your calendar without notice. There’s House of Cards binging in your future.

Sadly, for die-hard fans of the series, we’re looking at only eight episodes in season 6. But it’s a lot better than nothing.