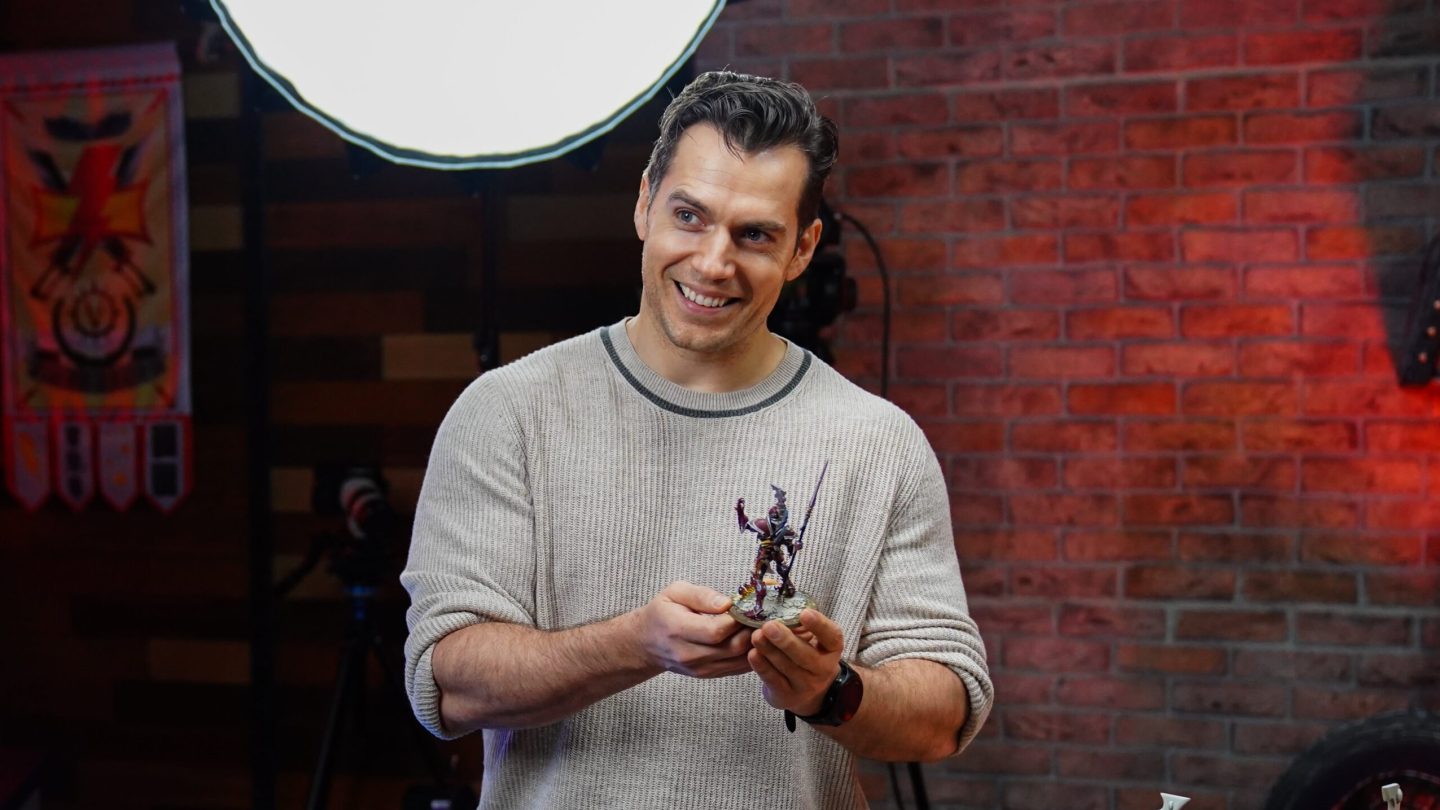 On Friday morning, Amazon Studios announced that it secured the global rights to Warhammer 40,000 — a miniature tabletop game from Games Workshop (GAW) that has spawned countless novels, video games, and animated projects over the years. The agreement encompasses series, film, and more, and unabashed Warhammer superfan Henry Cavill is set to star in and executive produce the franchise across all Amazon Studios productions.

This has been quite a stretch for Cavill and his fans. Back in October, Cavill made his triumphant return as Superman in the Black Adam post-credits scene. Days later, the actor confirmed that he would be returning as Superman in future DC projects.

Shortly after that, Netflix announced that Geralt in The Witcher would be recast, as Cavill was not planning to return for season 4. And then earlier this week, Cavill shocked everyone by revealing that new DC Studios boss James Gunn had effectively fired him as Superman.

Despite all of this, Cavill seemingly ended up exactly where he belonged.

“I have loved Warhammer since I was a boy, making this moment truly special for me,” said Cavill in a statement on Friday. “The opportunity to shepherd this cinematic universe from its inception is quite the honour and the responsibility. I couldn’t be more grateful for all the hard work put in by Vertigo, Amazon and Games Workshop to make this happen. One step closer to making a nigh-on lifelong dream come true.”

Although it might not have the same universal appeal, this is yet another huge arrow in Amazon’s fantasy franchise quiver. Warhammer 40,000 joins The Lord of the Rings and The Wheel of Time, both of which Amazon has adapted into Prime Video series.

As for Cavill, despite departing two massive franchises himself, he has managed to keep himself plenty busy. He just starred in the well-received Enola Holmes 2, will star in Matthew Vaughn’s spy thriller Argylle in 2023, and will also star in the upcoming Highlander reboot.