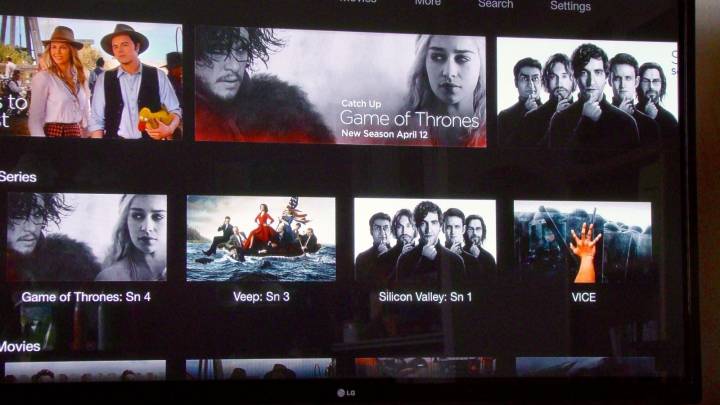 Netflix might not have a show as big as HBO’s Game of Thrones, but the pioneering TV streaming service has nonetheless produced a ton of awesome content over the past year. And while Netflix has been trying to be more like HBO in the past few years, it turns out that HBO actually wants to be more like Netflix and it plans to swipe some pages from its rival’s playbook in the coming months.

DON’T MISS: The first Game of Thrones season 6 trailer is here, and it’s scary for so many reasons

Sure, HBO has plenty of subscribers who pay for access via their cable bundles, but when it comes to its online-only product, the company isn’t doing so well. The $15/month HBO Now is nowhere near Netflix’s numbers. HBO Now has more than 800,000 paying subscribers so far, while Netflix said recently it topped 75 million subscribers. The comparison might not be entirely accurate, considering that HBO Now is rather a new service, but that number is likely not making anyone at HBO happy.

But HBO has a plan in place that’s supposed to close the gap, which it revealed during Time Warner’s Q4 earnings call, according to Business Insider.

Just like Netflix, HBO wants to make more original content to launch in more international markets, and to also become “ecosystem agnostic,” according to HBO CEO Richard Plepler. In other words, HBO wants to be accessible anywhere you might want to watch TV, not just the TVs that are tied to a cable package. Instead, HBO streaming should be available on laptops, phones, smart TVs, and other devices capable of running independent apps.

Cord-cutters worldwide should be thrilled to hear they won’t need to pay for cable to watch Game of Thrones in the future, but it’s not clear when HBO Now will expand when it comes to new regions and platforms. The company also said that it wants to make 50% more original shows this year, but it did not reveal any specific details during the earnings call.

Meanwhile, Netflix announced a few weeks ago that it wants to create 600 hours of original content in 2016, and expanded to 130 new countries.