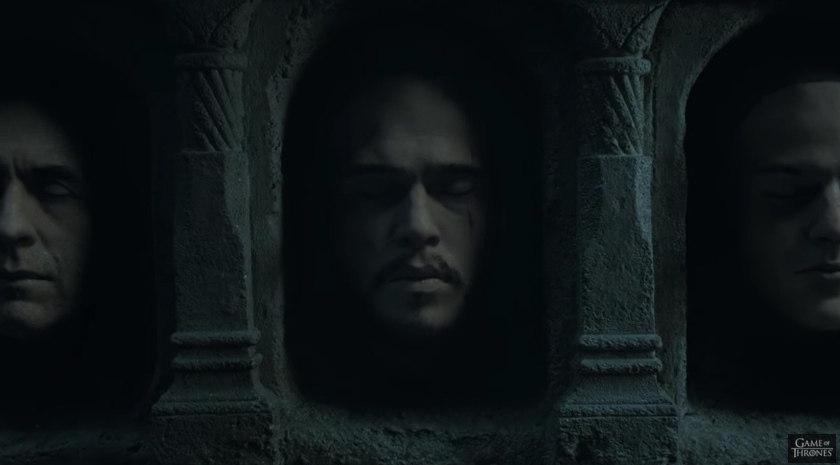 Forget Jon Snow for a second – though how can you? – and check out the brand new and very, very creepy Game of Thrones season 6 teaser trailer. From the looks of it, just about anybody may die in the upcoming sixth season of HBO’s smash hit series.

Naturally, after five seasons we’ve come to expect it: Nobody is safe in Game of Thrones and death comes from the most unexpected places.

The new trailer is just 80 seconds long but it’s deeply disturbing. Called Hall of Faces Tease, the teaser shows us the massive Hall of Faces we were introduced to last season and it’s filled with what looks like the heads of dead characters that we’ve lost. Good or bad, friend or foe, they’re all there, including Jon Snow – and we hear them speak as soon as the camera hovers over each one.

But that’s when the teaser gets very scary, as it shows us the faces of the characters who are still alive, suggesting they may find their way to the Hall of Faces soon enough. Tyrion, Daenerys, Arya and Bran are there, and we couldn’t be more curious to see what this this new trailer leads up to.

It’s interesting to see the dead mixed with the living in this teaser, as it also suggests there might be life after death for Jon Snow.

We really have no way of knowing what happens next, as there aren’t any new books to go through before Game of Thrones Season 6 kicks off. That said, check out the full trailer below.