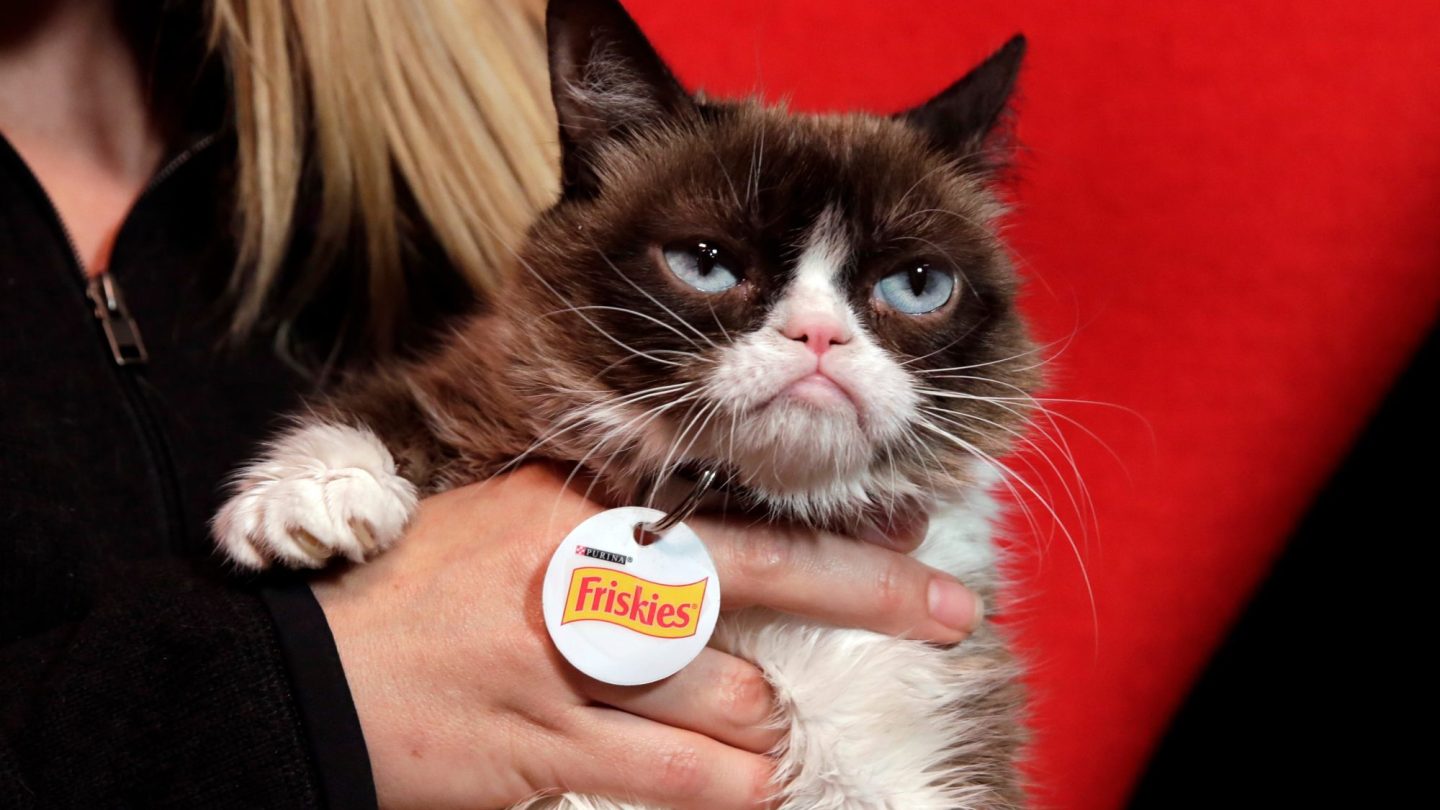 Celebrities come in all shapes, sizes, and, as the internet has taught us, species. Tardar Sauce, better known by her nickname “Grumpy Cat,” was one of the most popular felines on the web and, it would seem, in the world. In a sad post Friday morning on her official Twitter account, her family revealed that she passed away at the age of seven earlier this week as a result of complications from an infection.

The adorable frown that she wore for her entire life was due to a combination of conditions that she was born with, including feline dwarfism. It’s unclear if her genetic quirks played a role in her somewhat early death, but it’s worth noting that research on domestic cats suggests the average lifespan of a house cat is anywhere from 13 to 17 years.

Some days are grumpier than others… pic.twitter.com/ws209VWl97

“Despite care from top professionals, as well as from her very loving family, Grumpy encountered complications from a recent urinary tract infection that unfortunately became too tough for her to overcome,” the family’s statement reads. “She passed away on the morning of Tuesday, May 14, at home in the arms of her mommy, Tabatha.”

What started as a meme quickly became a very big deal for Tardar Sauce’s family, who scored sponsorships from Friskies and other brands, as well as a full line of merchandise, children’s books, and even mobile games.

The internet is definitely going to miss her, and news of her death immediately topped social media trends around the world. It’s a sad day, but she most certainly won’t be forgotten.