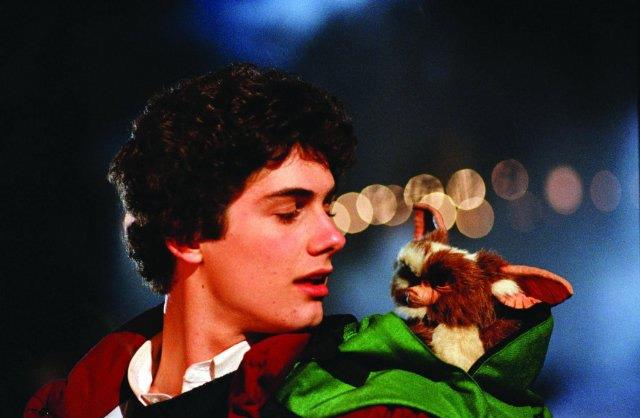 Thirty-five years after first debuting on the big screen, the Gremlins are making a return, thanks in part to the increased competition among rival streamers jockeying for position in today’s fracturing TV landscape.

In the works is an animated series revisiting the comedy horror franchise about furry mogwai pets, which was released as a feature executive produced by Steven Spielberg back in 1984. It will apparently focus on the Chinese grandfather from the films, Mr. Wing. Per an exclusive report from Variety detailing this upcoming addition to WarnerMedia’s library of content, the series will show him as a young man “as he goes on adventures with the friendly Mogwai Gizmo.”

Tze Chun, who co-founded comic book publisher TKO Studios, will write and executive produce the series. His TV credits include modern series like Gotham and Once Upon a Time.

The first Gremlins movie was directed by Joe Dante and written by Chris Columbus, who directed such films as the first two Home Alone movies as well as Mrs. Doubtfire. The first Gremlins movie only cost $11 million to make and went on to gross more than $153 at the global box office — so no wonder WarnerMedia apparently thinks it can tap into the deep reservoir of affection for nostalgic pop culture fare that never seems to run dry as the new streamer builds a lineup of content that can hopefully compete with the likes of Netflix, Hulu and its fellow streaming rivals.

In terms of a timeline for this, however, the new series probably won’t premiere until next year at the earliest.

As the Variety report notes, Kevin Reilly — who’s leading content strategy for WarnerMedia — said during the recent Television Critics Association event that a WarnerMedia beta version will launch without original content, with originals expected to hit the new service in 2020. In terms of the content strategy for WarnerMedia, he’s said the streamer will look outside its stable for content but will also try to generate new content from in-house properties, like tapping the Gremlins franchise for the upcoming animated series.

As we and other outlets have reported, WarnerMedia will also be looking to peel Warner properties like the hit sitcom Friends away from other streamers that currently host them, with a view toward making the eventually exclusive to the new service.