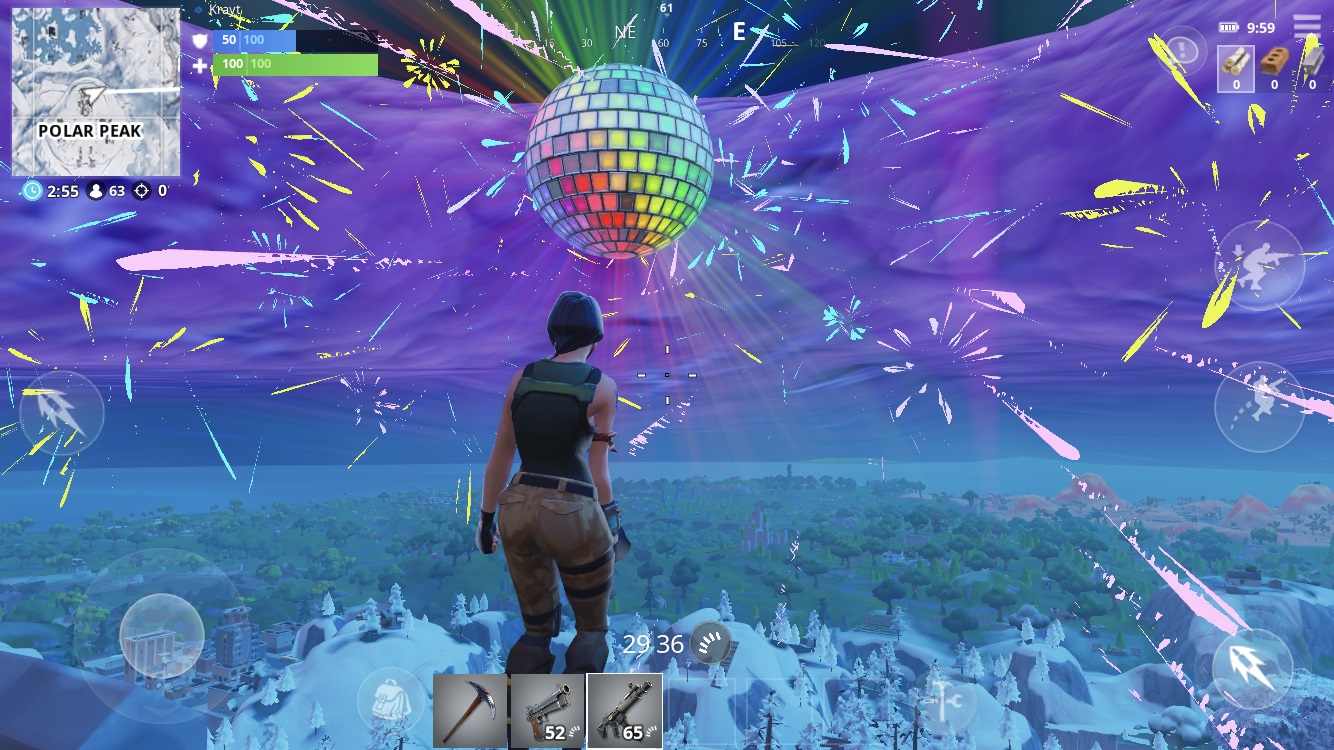 While many of us will be heading off to New Year’s Eve parties or hosting friends and family at our homes tonight, we have to find some way to entertain ourselves until then. Of course, the most popular pastime of 2018 is Fortnite, and if you’re too impatient to wait for the clock to strike midnight in your time zone, you can actually celebrate the new year every hour on the hour in Fortnite until the whole planet has officially flipped over to 2019.

First spotted by players overnight as 2019 arrived in a few corners of the world, Fortnite is ringing in the new year in-game by dropping an enormous disco ball and setting off fireworks every hour for players to enjoy. All you have to do to participate is join a game right before a new hour, and you should see the festive display.

I took the screenshot at the top of this post at 10:00 AM ET, as Japan, South Korea, and others welcomed in the new year, but you can see the whole event in action in this video from YouTuber dakotaz taken early this morning:

Hysterically, more than a few Fortnite players were convinced that the New Year’s event “leaked” this morning when the fireworks started going off, but apparently failed to realize that time zones exist. Epic Games VP and co-founder Mark Rein explained in response to the video above: “It’s already New Years Eve in the Christmas Island, in the country of Kiribati and it will soon be New Years Eve in Fiji.”

It’s little more than a fun Easter egg for anyone who happens to be playing a match as a new time zone rolls over into 2019, but it does have a slight effect on the game as well: When the fireworks begin, every character on the map will start spontaneously dancing and is unable to shoot or use any items.