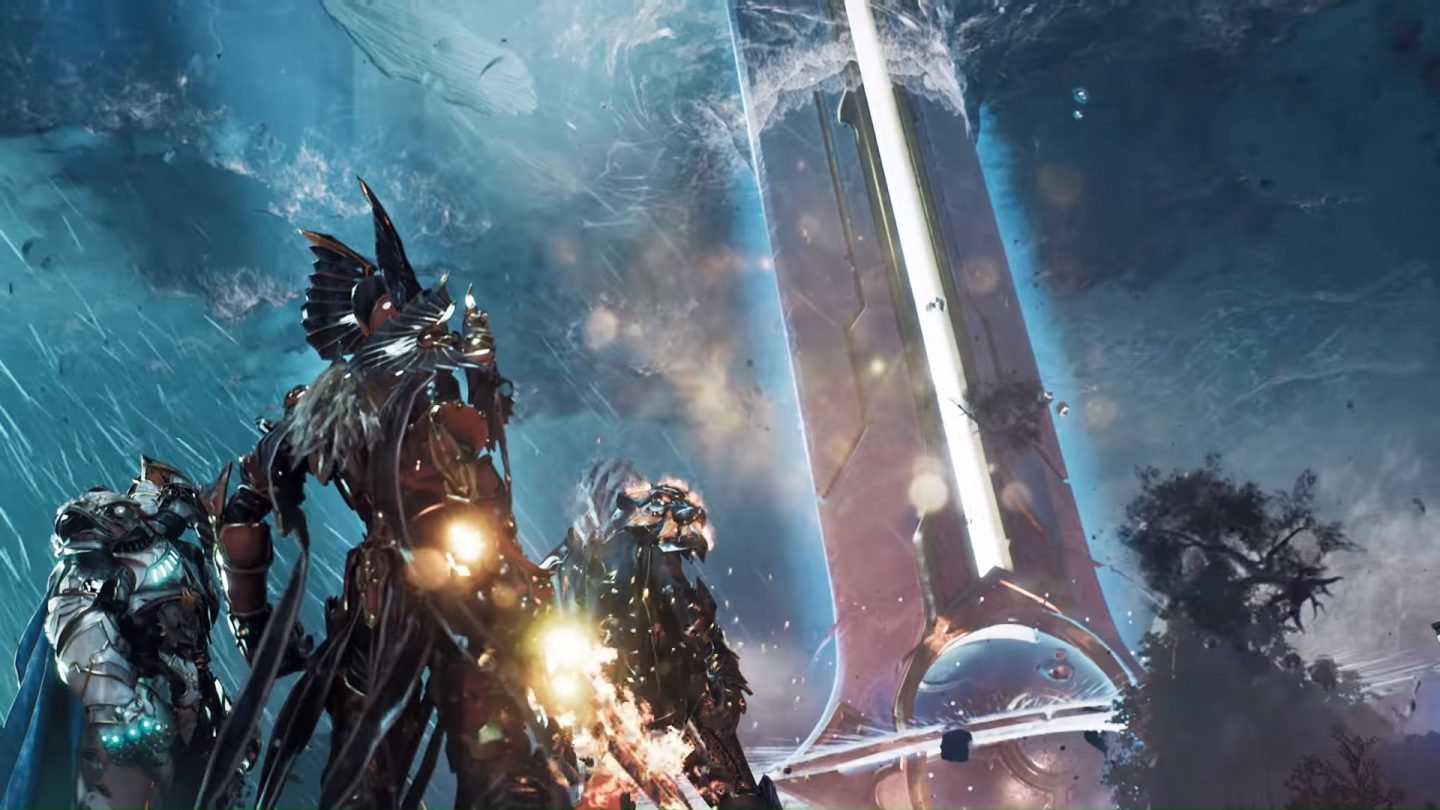 Last week, on the same night that Microsoft finally revealed the design of its Xbox Series X, Gearbox Software and Counterplay Games announced the first PlayStation 5 game: Godfall. All we had was a teaser trailer, but PlayStation LifeStyle got the chance to interview Keith Lee, Counterplay Games CEO and creative director on Godfall, to find out more about the game and why it needed to be on the PS5 instead of a current-gen console.

When the PS4 launched in 2013, many of the biggest titles for the new console were “cross-gen,” which means they were also available on the PS3. So why is Godfall exclusive to the next-gen console, and not cross-gen?

“The exceptionally powerful SSD on the PlayStation 5 offers a new level of detail for each individual object as well as seamless loading of our expansiveness world,” said Lee. “Our combat is kinesthetic in nature, so the new controller’s ‘adaptive triggers’ and haptic feedback will make moment-to-moment combat feel exhilarating and visceral.”

Sony announced that haptic feedback would replace the rumble functionality of the DualShock 4 in a blog post earlier this year, and it sounds like developers are already implementing it into their games. This is also the first time we’ve heard a developer speak about how the incredibly speedy solid-state drive of the PS5 will impact development, as massive environments can load in an instant, which wasn’t always the case on PS4.

If you want to know more about the game, be sure to read the full interview over at PSLS, but there was one more tidbit that we need to point out. At the end of the interview, PSLS asked when we can expect to see more of Godfall, and Lee said “next spring!” The expectation has always been that Sony would hold a major reveal event for the PS5 sometime in the spring, and this admission only adds fuel to that fire.