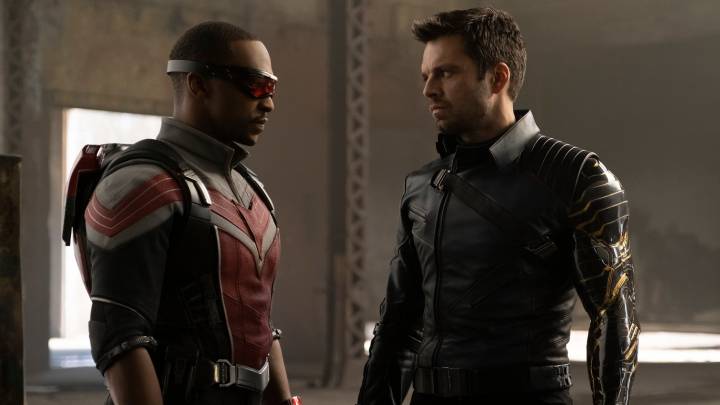 Disney+ might have surpassed 100 million subscribers a few weeks ago, but Disney’s streaming service is still relatively young, especially when it comes to original shows. Back in mid-December, Disney announced several new attractions developed for Disney+, including plenty of new Star Wars and Marvel content that will hit the service in 2021 and in the coming years. Two of those MCU shows already premiered. WandaVision completed its nine-episode run a few weeks ago, and The Falcon and the Winter Soldier premiered this past Friday. The latter turned out to be an even bigger success than anticipated, according to Disney. Falcon now has the most-watched premiere of any Disney+ original show.

“Disney+ Original series The Falcon and the Winter Soldier from Marvel Studios ranked as the most-watched series premiere ever on Disney+ during its opening weekend, Friday, March 19 – Sunday, March 22, and the most-watched title overall for the same time period on a global basis, including in Disney+ Hotstar markets,” Disney said in a press release.

Disney did not reveal any numbers to back up its claims. The company said the Falcon premiere joins the premieres of WandaVision and the season two premiere of The Mandalorian as the three most-watched Disney+ Original series to date. Again, Disney is a relatively young streaming service, so it doesn’t have that many originals so far.

Still, the fact that more people watched the premiere of Falcon than WandaVision or The Mandalorian 2 is all the more impressive considering that HBO Max launched the Snyder Cut on Thursday, a day before The Falcon and the Winter Soldier debuted. A more interesting comparison would be between Falcon and Snyder Cut, but Warner Bros. and HBO have not released viewership data for the epic superhero movie.

Disney and Warner might not be sharing any actual numbers for the time being, but some figures do exist from independent trackers, Deadline reports.

SambaTV, which collects data from terrestrial TVs, says that 1.7 million households watched Falcon last weekend, compared to 1.6 million for the WandaVision premiere. While the newest MCU TV show is Disney’s most-watched Disney+ original during the opening weekend, the SambaTV data shows that more people watched the premiere of The Mandalorian season on the first day compared to Falcon. That’s more than 1 million households for the Star Wars show compared to nearly 760,000 households for Falcon.

The same SambaTV data indicates that 1.8 million households watched at least 5 minutes of Snyder Cut over the weekend, which would give DCEU a belated win over the MCU.

The Falcon and the Winter Soldier has five more episodes left that are all set to be on a weekly basis each Friday, as was the case with WandaVision and The Mandalorian.