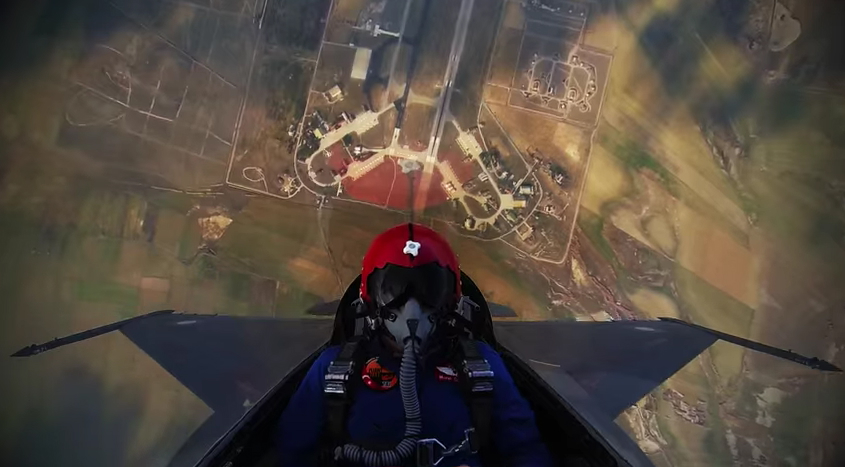 We’ve seen our fair share of crazy and sometimes death-defying airplane viral videos — check out this compilation of seven terrifying airplane landings caught on video — but the following clip might take the cake. The video shows how an F-16 BM Block 15 can rocket from the ground to an altitude of 15,000 feet in an amazing vertical climb. There’s nothing dangerous about it for the skilled pilots who certainly know what they’re doing, but from the outside looking in it’s a jaw-dropping feat.

The pilot only needed 45 seconds from brake release to reach 15,000 feet, Murat Ozpala wrote when describing the experience. Ozpala was the rear seat pilot in the F-16 that performed the stunt, with test pilot Murat Keles having been in command. The F-16 fighter belongs to the 11th Arrows Squadron from the Pakistan Air Force.

The video is recorded from a camera mounted in the cockpit, making the whole experience even more thrilling. The rear pilot’s head is in the center of the video at all times, but keep your eyes on the background because that’s where the magic happens. The objects on the ground get smaller and smaller at an insanely fast pace, as the plane goes up into the sky. Too bad a second external camera wasn’t used to record this abrupt climb as seen from the ground. Even so, this video is exciting from start to finish and is certainly worth watching.

Ozpala’s amazing clip from inside the fighter jet is embedded below.