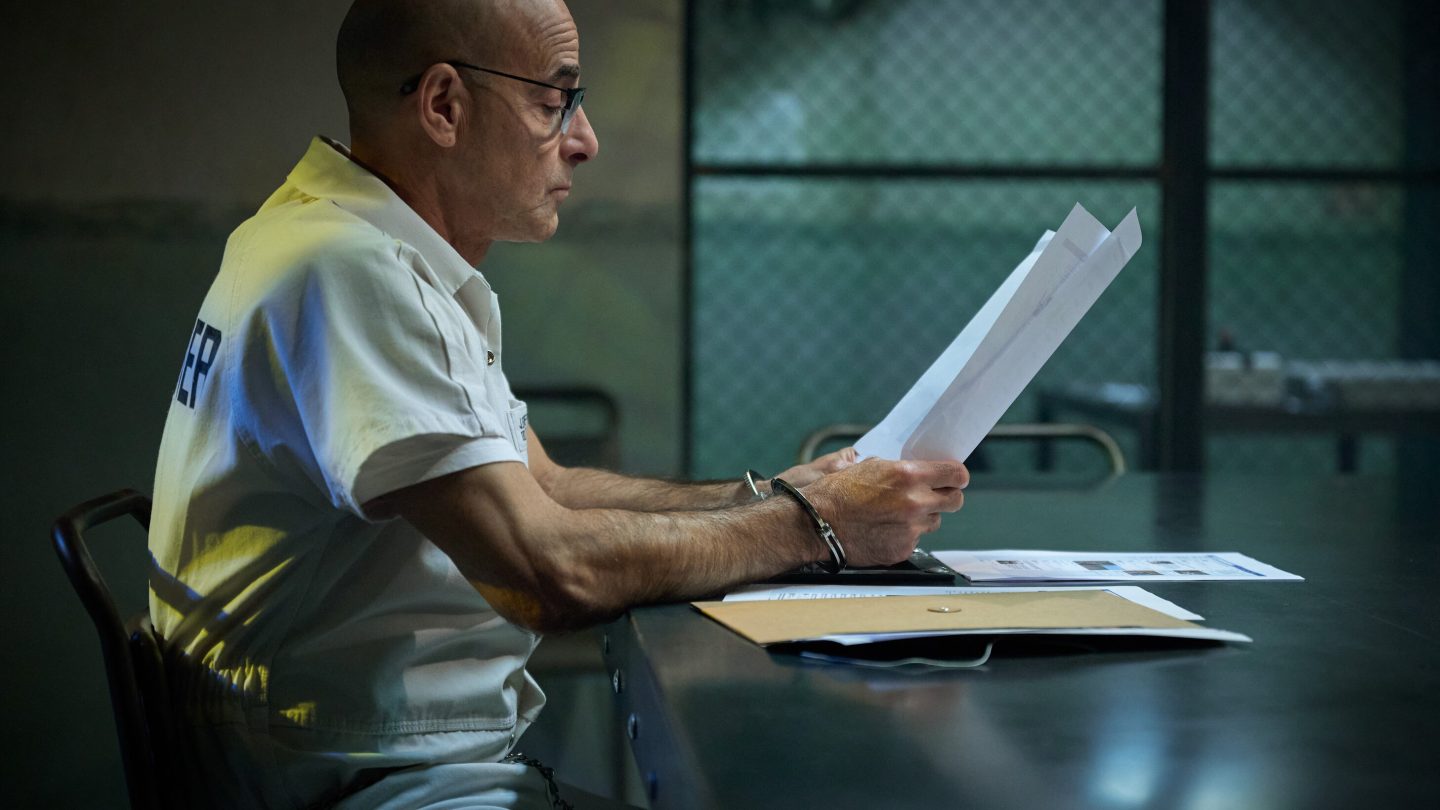 Anyone has it in them to snap and become a murderer, Stanley Tucci’s death row inmate ominously warns in Inside Man, a 4-episode BBC One/Netflix crime drama that’s currently dominating the streamer’s Top 10 chart in the US.

“All it takes is a good reason, and a bad day.”

Tucci here plays Jefferson Grieff, a prisoner on death row in the US who uses his power of deduction to try and stop one of those bad days — specifically, a murder — from unfolding.

Inside Man on Netflix

This Netflix release comes from BAFTA and Emmy award-winning writer Steven Moffat, a writer previously attached to other internationally acclaimed British shows like Sherlock and Doctor Who. His Inside Man is a four-part mini-series in which Tucci’s prisoner, a vicar in a quiet English town played by David Tennant, and a math teacher (Dolly Wells) trapped inside a cellar all cross paths in an unexpected way.

By way of a little more background, it’s perhaps worth pointing out how I’ve noticed an interesting phenomenon when it comes to many of Moffat’s projects that viewers might also find to be the case here.

From a distance, if you don’t look at them too closely? Moffat’s shows are fine — with moments, even, of episodic brilliance. Moffat penned some of my all-time favorite Doctor Who episodes and scenes, for example. However — and this is just my opinion — I’ve also watched enough Moffat-penned TV to feel like he writes from the top down and doesn’t always seem to let things unfold organically.

His Dinosaurs on a Spaceship and Let’s Kill Hitler episodes of Doctor Who felt like fun titles that someone just randomly brainstormed, with admittedly entertaining stories built around them. Same thing with Inside Man — it felt like Moffat had a bare-bones idea for a story here and then just kind of shoehorned it into existence, paint-by-numbers style.

Despite being the #2 show on Netflix in the US at the moment, poor Rotten Tomatoes reviews (from both critics and viewers – 58% and 41% scores, respectively) seem to speak to the same thing. That there’s basically a lot of nonsense that was cobbled together for the story, and the only thing saving Inside Man from being a complete failure is the performances. Of course, on that latter score, one would expect nothing less when actors of the caliber of Tucci and Tennant are involved.

The plotting here, according to the Rotten Tomatoes critics’ consensus, is “clunky and predictable.” So be aware of that before you decide whether to check out this current Netflix hit.