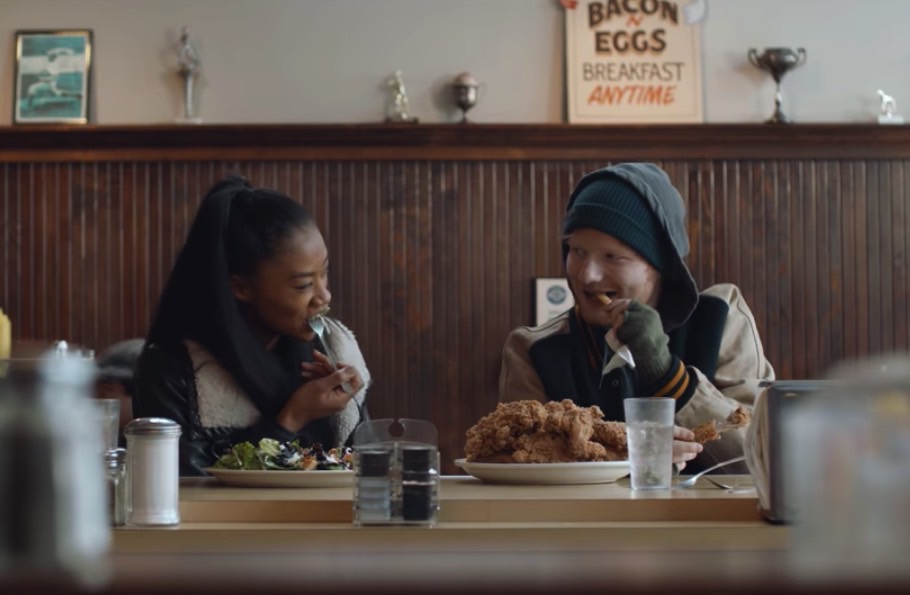 Ed Sheeran started the year strong, releasing two good tracks at the same time, Shape of You and Castle on the Hill. I don’t blame you if you like the first one better, I know I keep listening to it every chance I get. Which brings us to today’s developments. Sheeran on Monday released the official music video for Shape of You, which is rather odd.

Music videos can be about anything really, and that’s the kind of mindset you need going into this one.

If you expect the clip to deliver some sort of cheesy love story while Sheeran’s Shape of You plays in the background, then you’d be right on the money for this one. But I bet you never thought it’d have Rocky-like elements and sumo wrestling in it.

In fact, the clip is actually great, showing how Sheeran and a female boxer fall in love at the local gym. The boxing theme doesn’t really hurt the song and seems to fit great with the lyrics. It’s just one other unique love story — all of them are —unfolding before our eyes.

As expected, something bad happens towards the end. The girl (played by Jennie Pegouskie) has to leave, and she leaves Sheeran clues on how to find her. Apparently, they don’t have phones with instant messaging capabilities.

Sheeran is somehow devastated, but he also smart. He figures out what he has to do. He’s got to find a particular place, where he’ll have to fight, supposedly to prove his worth.

This is frankly where the video takes a turn for the worse. Sheeran has to fight a sumo guy, and he has to wear an awkward sumo suit to do it. I did not see that coming. And Sheeran losses badly. However, the girl delivers the last blow towards the end, so she saves the day?