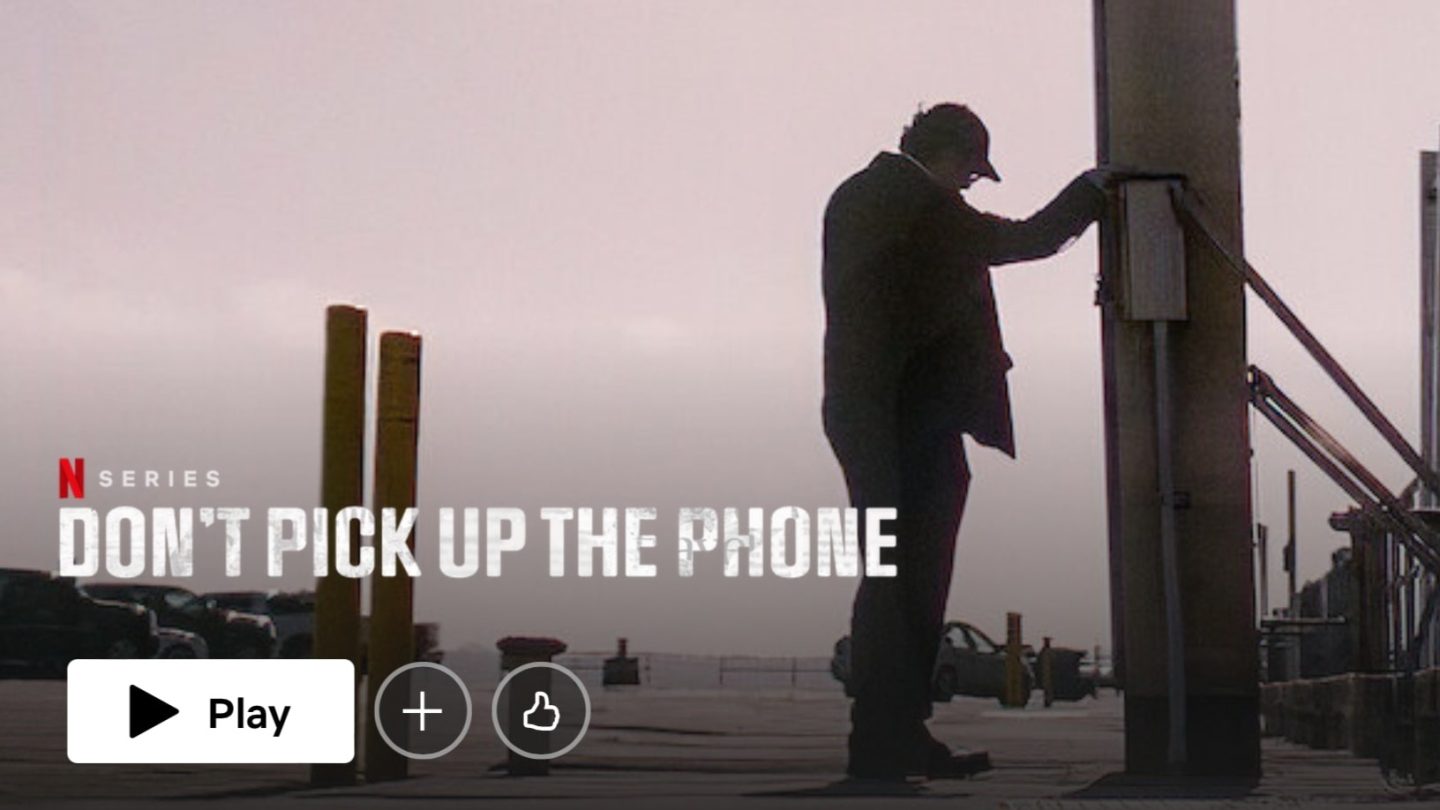 Don’t Pick Up the Phone — a new 3-episode Netflix docuseries that’s one of the top shows on the streaming giant in the US today — opens with a darkened shot of a man wearing a baseball cap and wordlessly striding up to a pay phone.

He punches a number on the keypad, and then a shot of the McDonald’s restaurant arch comes into view. Finally, a newscaster’s voice is overlaid onto the scene: “And now, to an unbelievable hoax…”

Don’t Pick Up the Phone

The man on the phone was a caller perpetrating a real-life hoax that, all these years later, still sounds too stunningly stupid to be real.

In short, the prankster pretended to be a cop and, over and over again, cold-called a series of fast-food restaurants, eventually convincing a manager at each one to strip-search a young female worker.

This case eventually turned into an infamous object lesson for some of us back in our school days — one of those, “what would you do?” kinds of teaching moments, wherein pretty much everyone who hears these details declares that they wouldn’t have been fooled in the slightest.

Some people, though, will get fooled — and very much did. In these cases, stupidity mixed with gullibility allowed the wack job using pay phones to get away with sexual assault without even having to be physically present in the rooms where it happened. In the case of the first call revisited in Don’t Pick Up the Phone, for example, it happened in 2004 at a McDonald’s in Kentucky.

What would you do?

A young female employee was called to the back by her manager. Someone matching her description had been accused of stealing from a customer, she’s told. Our hoax caller kept the manager on the phone and gave a series of instructions to pass along to the employee, including a command to strip naked. And it got worse from there — eventually, the manager brought her fiance into the encounter, and the caller prodded the male fiance to allow the female worker to perform a sex act on him.

As wild as that sounds, this was not an isolated occurrence, either. It kept happening, at fast-food joints around the US.

You’ll have to watch Don’t Pick Up the Phone to see what the outcome of this case turned out to be. For me, though, people’s gullibility — more so than the specifics of the cases — is the most shocking part of this Netflix docuseries. Because, for example, remove the particulars of a pay phone and someone impersonating a police officer: What if you replace that with an election scenario? Or someone mistakenly believing a thing that’s not true about the other side in a nuclear exchange? Or doctors led down a rabbit hole by something outlandish? People’s gullibility starts to scare you really fast.