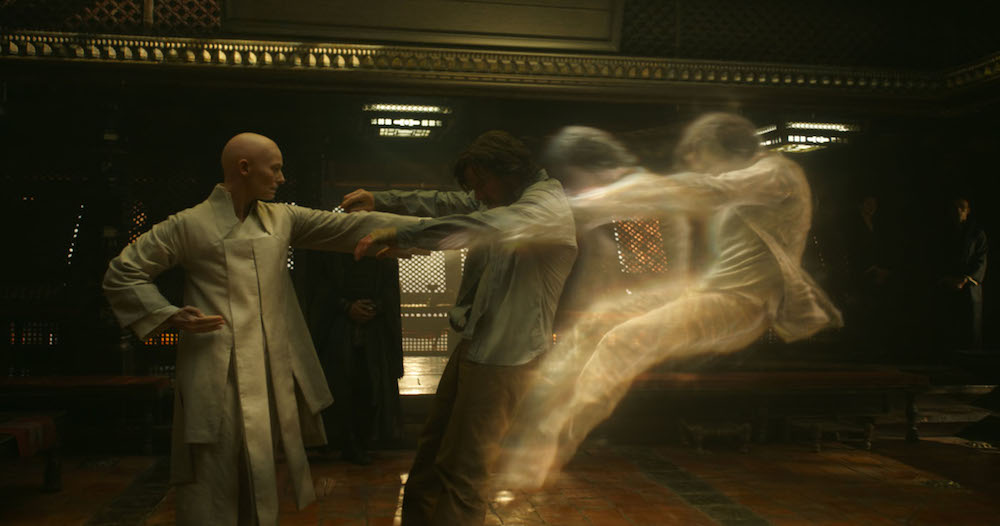 Stop me if you’ve heard me say this before, but not all the Avengers who died in Infinity War are going to stay dead for good. Many of those characters will appear in new standalone movies. We already know that the action in the third Guardians of the Galaxy takes place after Infinity War. And the same goes for Spider-Man: Far from Home. Yes, the stars of those movies died with a snap of Thanos’ finger, so they have to come back in Avengers 4.

We also just got word that one other hero is returning in a future standalone movie. However, with this particular type of superpower, it’s not clear whether the action in the new film takes place before or after Infinity War.

Speaking to CinemaBlend about Marvel’s strategy for Phase 4 of its cinematic universe, Kevin Feige let it slip out that a Doctor Strange 2 is in the making. Yes, we need more of Benedict Cumberbatch’s Doctor Strange, so that’s a great call. The top Marvel exec didn’t tell us when the next Strange movie is coming, but he hinted that it’s going to be in the future. In Marvel’s future, that is, not the timeline in the Marvel universe:

Sometimes it’s where do those characters pop up? [Doctor] Strange, you know, whenever we do another Strange one, which we will do, it will be a number of years from the first Strange, and yet he’s a very big part of [Avengers:] Infinity War. So it is just a good problem to have when you have too many beloved characters that people want to see more of, whilst keeping to our core belief that we need to keep exploring nuance and keep doing different types of things.

As I said, I’m firmly convinced that Doctor Strange 2 will take place after the events in Avengers 4, and that’s because Marvel has a master plan for everything. But because Strange can travel through time, Marvel could always spin Feige’s remarks to try to deceive fans. Strange could always appear anywhere in the timeline, wherever he decides his attention is required.

That said, we have no idea when the sequel will drop. But we will obviously learn more about the fate of Doctor Strange next year, when Avengers 4 hits theaters on May 3rd.

What Feige also explained in the interview is that Marvel is doing three movies a year because it’s trying to give new characters stories of their own, while also bringing them into projects that combine multiple heroes. But because there are too many franchises, Marvel also has to pay attention to scheduling and the bigger timeline:

When you’ve got, what is it now, six, seven separate franchises? It’s part of the scheduling process. Sometimes when people ask, ‘What about this character, what about that character?’ I go, ‘Well, it’s scheduling.’ And they go, ‘What’s he talking about?’ Scheduling. How many years between movies can you have? You know, [Thor:] Ragnarok was four years. There’s four years between, right? He had an appearance in between there. So that seems to be maybe okay – sometimes, though, you want it to be less. Sometimes it can be more.

I’ll also remind you that Marvel killed off its newest heroes in Infinity War for a reason so that the original Avengers can fix this whole Thanos mess and possibly hand over the baton to a brand new crew.