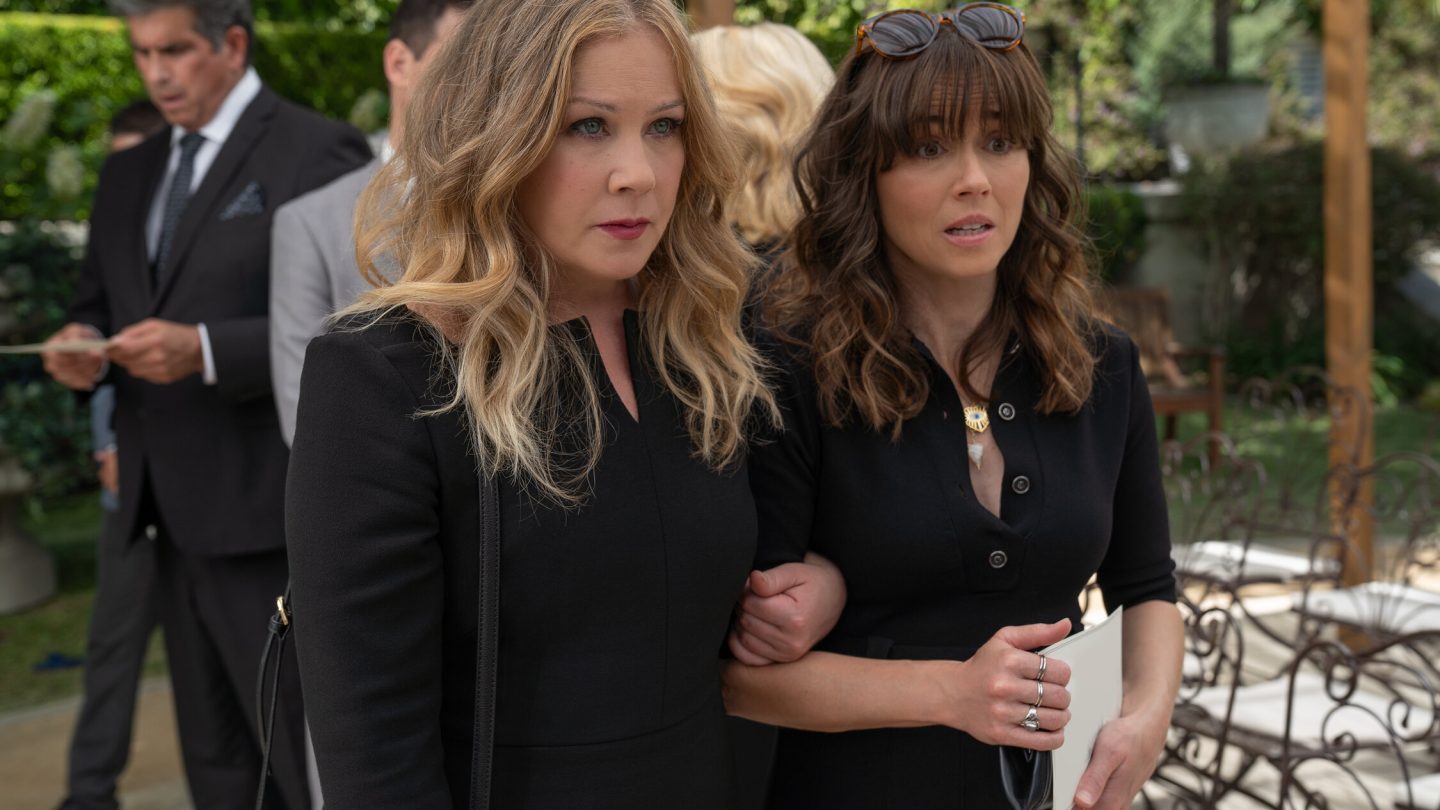 If, like me, you’re a fan of the Netflix black comedy Dead to Me — which debuted its third and final season today — and you’re concerned about the tenuous possibility of Jen and Judy surviving until the series’ end, the opening scene might give you pause.

Jen, who’s still rattled about killing Judy’s ex, is dreaming that she and Judy have managed to successfully elude responsibility for both of their crimes. And they’re now living in tranquility in a beautiful tropical paradise. How did they pull this off, Jen wonders? “Maybe because we had each other,” Judy offers.

Dead to Me Season 3

It bears repeating over and over again, but suffice it to say that the stars of Dead to Me — Christina Applegate and Linda Cardellini, both of whom scored Emmy nods for their work here — are in fine form once again.

Theirs is a fascinating on-screen friendship to watch, and it’s a big part of what’s made Dead to Me such a fan favorite and a critical darling since its 2019 Netflix debut. In fact, the two have so much chemistry that it feels like a foregone conclusion they’d be thick as thieves away from the camera, too.

Netflix, for its part, didn’t give too much away by way of teasing the new 10-episode season, which includes this extremely generic logline from the streamer: “Jen and Judy return for the third and final season. In the aftermath of yet another hit and run, both women receive shocking news, and are ready to risk their lives for a friendship that’s above the law.”

On Rotten Tomatoes, meanwhile, the show’s critics’ and audience scores stand at 90% and 89%, respectively. That tells you a little bit about how people — both reviewers and Netflix subscribers alike — have responded to this brilliantly written and acted show from creator Liz Feldman, a show that saw its two leads bond pretty immediately over loss.

Jen’s husband, for example, had died in a hit-and-run, and amid her pursuit of who committed that crime, she meets Judy — who’d just suffered her own heartbreaking loss.

One reviewer, opining on Twitter about the final season of Dead to Me, raved that it’s nothing short of “the most heart-wrenching, thought-provoking, and poignant way to close out a series that has changed the way many of us — including myself — look at grief.”