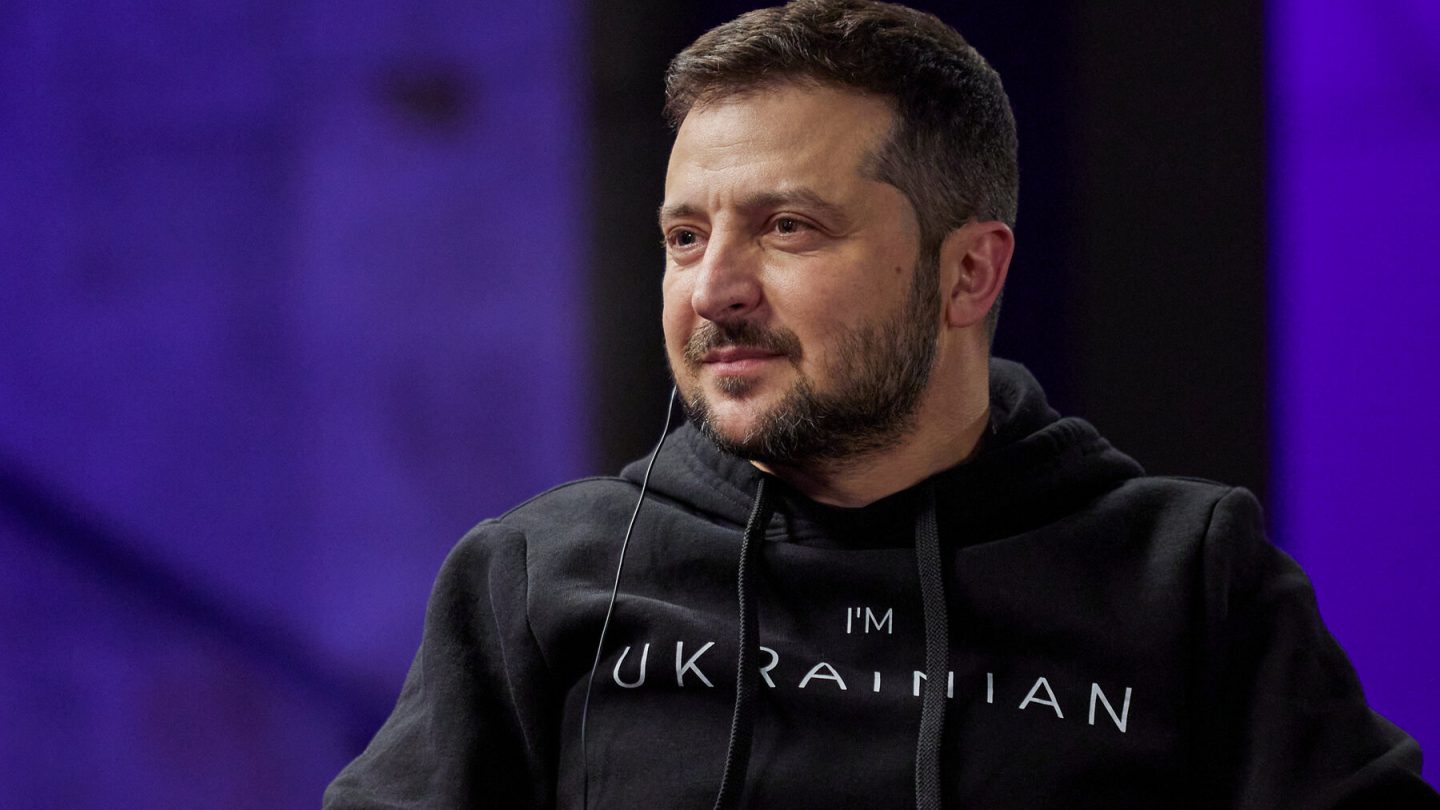 The newest installment of David Letterman’s Netflix interview series My Next Guest Needs No Introduction opens with a black-clad cello player in the middle of a bombed-out section of the city of Kharkiv, performing Bach’s Cello Suite No. 5 in C Minor. The damage around the musician is formidable, the crumbling walls and buildings a measure of both devastation and defiance — since Ukraine has held out, for almost a year now, against a bigger and much more powerful aggressor.

The cello player’s notes give way to air raid sirens and then to scenes of war, followed by footage of Russia’s Vladimir Putin declaring the onset of a “special operation” against Ukraine, and Ukraine president Volodymyr Zelensky then pronouncing that the country’s fate is in the hands of its army and its people. And, finally, there’s a somber-looking David Letterman, strolling wordlessly to a train. These days, he explains, there’s not an easy way to get to Ukraine. You fly to Warsaw, drive to the border, and take a 14-hour train ride to Kyiv.

My Next Guest With David Letterman

Letterman is the latest American celebrity to make that trip in an effort to give voice to what’s happening inside the country.

“When I first saw this man defending his country against Putin and Russia,” Letterman says of Zelensky, in the latest episode of his Netflix interview show that’s now streaming, “I thought to myself, ‘I would really like to meet this guy.'”

Letterman’s eventual sit-down — in a bunker 300 feet below an active subway platform — with the world leader chosen by Time magazine as its 2022 Person of the Year was something of a departure for the former late-night king. “I’ve never done anything quite like this,” said Letterman, who’s previously interviewed actors like Will Smith and George Clooney for My Next Guest, and who’s ventured to Lizzo’s living room and to bodegas in the Bronx with Cardi B.

“When we were planning this trip, I wasn’t sure what to expect,” he continues, in reference to the interview that was filmed in October. “It had been months since Russian troops were driven out of the city. But just a week ago, Russia launched missiles and drones into Ukraine, including several that hit Kyiv.”

About six minutes into the interview, as Zelensky is explaining the meaning behind the two simple colors that comprise the Ukrainian flag, a siren begins to wail in the background. Letterman asks him “…what should we do?”

But shrugging it off is not the same thing as complacency.

“Unfortunately, it means that war has become a habit … and I say ‘unfortunately,’ because I think war shouldn’t be a habit.” Moreover, Zelensky continues while wearing a black hoodie that declares, “I’m Ukrainian,” the sirens are also a reminder that the war is not over.

In the hours before Letterman’s Zelensky interview debuted on the streaming giant, the Russian-occupied city of Melitopol in southern Ukraine endured heavy shelling. How the country will fare during the winter is also uncertain, because relentless Russian attacks have caused significant damage to the country’s energy infrastructure.

Some ten months after hostilities began, the war grinds on. But life, as it always does, keeps finding a way. Letterman himself, even, at one point during his new Netflix special, is shown going back to his roots — performing in an underground comedy club in Ukraine. “I came from the United States to Ukraine to get away from all the violent gunplay,” he tells the crowd, to guffaws.