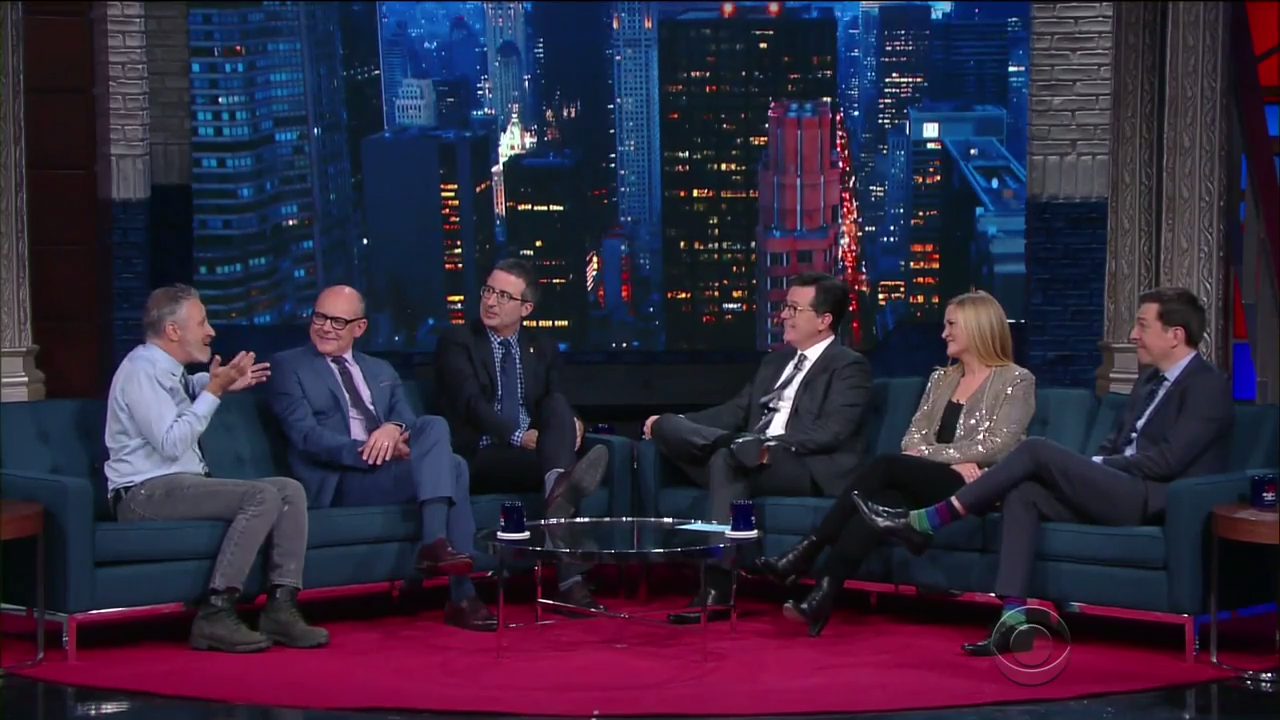 As promised last week, Stephen Colbert brought some of his old cast members from The Daily Show together on his new show on Tuesday night for a reunion in which they all recounted their time on the show. Colbert was joined by former Daily Show host Jon Stewart as well as correspondents Rob Corddry, John Oliver, Samantha Bee and Ed Helms, two of which now host their own talk shows.

Of course, The Daily Show still exists, and a few of the current correspondents were working on the show back when Stewart was still the host, but the participants in this reunion represent the early days of the show, long before Trevor Noah took over (and Donald Trump became the president).

In the first part of the discussion, the crew talks about some of the most outrageous incidents from their time on the show, and we get to see a clip of some of the best early pieces from each correspondent:

The second part is mostly dominated by Jon Stewart realizing that he’s the only one of the six Daily Show cast members that has aged since the show went off the air, which distresses him greatly:

And finally, if you still haven’t gotten enough of these six goofballs (all of whom are still on TV or starring in blockbuster movies), Colbert filmed a segment recapping his final day at The Daily Show, which for some reason involves everyone wearing silly wigs and yelling at each other: