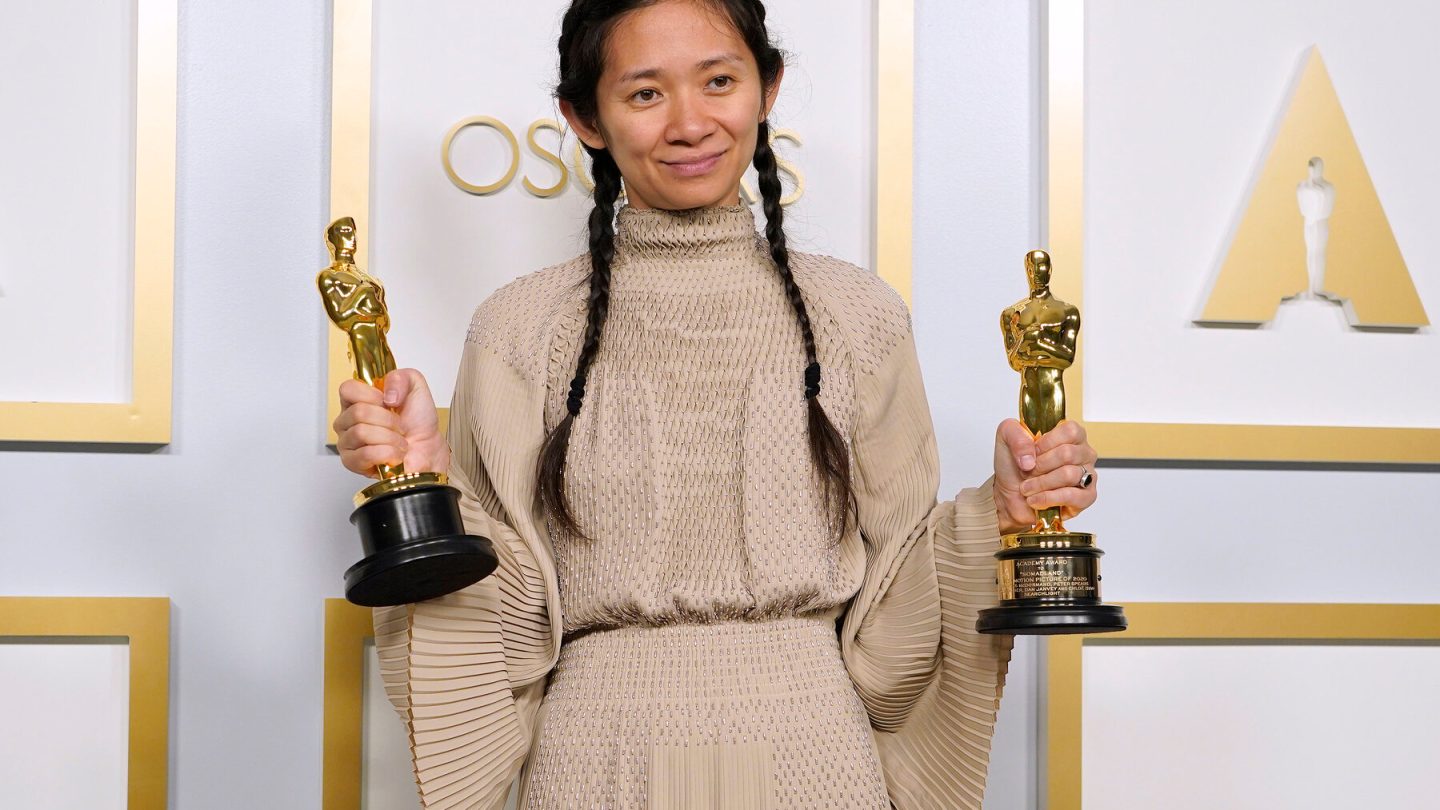 The 93rd annual Academy Awards on Sunday night were unusual and unconventional for so many reasons, extending from the obvious like its socially distanced setting to some pretty big surprises, upsets, and firsts.

Chloe Zhao, for example, walked away with a Best Director award for Nomadland, her atmospheric paean to the shambolic yet peaceful lifestyle of wandering “house-less” (not homeless) Americans who’ve pulled themselves out of the rat race of the daily grind in order to live as simply as possible. It was a notable award on multiple fronts, such as the fact that this was only the second time a woman has won the award and the first time it’s gone to a Chinese woman. But if you’d have assumed that there would be a mass congratulatory reaction in Zhao’s home country of the sort, for example, that greeted South Korean director Bong Joon-ho when he won Best Director last year for Parasite, you’d be very much mistaken.

China’s censors are cracking down on any discussion online or in news outlets there about Zhao and her Oscar win. It likely stems from her success at the Golden Globes in March, after which a 2013 interview Zhao gave to Filmmaker magazine started circulating in China that included her reference to her home country as a place “where there are lies everywhere.”

The Wall Street Journal, for example, notes that searches on China’s main search engines Baidu and Sogou found plenty of references to Zhao’s previous honors but only a few links to articles about her Oscar win that have been deleted. Likewise, two state media reporters told the WSJ they’d given marching orders to not publish anything about Zhao’s Oscar win, because of “previous public opinion.” Additionally, the mouthpiece of the Chinese Community Party People’s Daily, as well as state-controlled broadcaster China Central Television, haven’t reported anything along these lines.

Perhaps even more dramatically, Zhao’s award for directing Nomadland — which also won an Oscar for Best Picture — did produce an initial flurry of congratulations in her honor on Chinese social media sites early Monday, local Beijing time. Hours later, though, all of those posts had been wiped from the respective social media services, per the WSJ.

One Chinese news outlet that did acknowledge Zhao’s win did so within the context of somewhat scolding her. The Global Times, which is owned by People’s Daily, notes in this Op-Ed that the film is overall pretty American and probably wouldn’t resonate at all with Chinese viewers. Moreover, it continues regarding Zhao, “We hope she can become more and more mature. In an era when the China-US confrontation is intensifying, she can play a mediating role in the two societies and avoid being a friction point. She cannot escape her special label, and she should actively use it.”