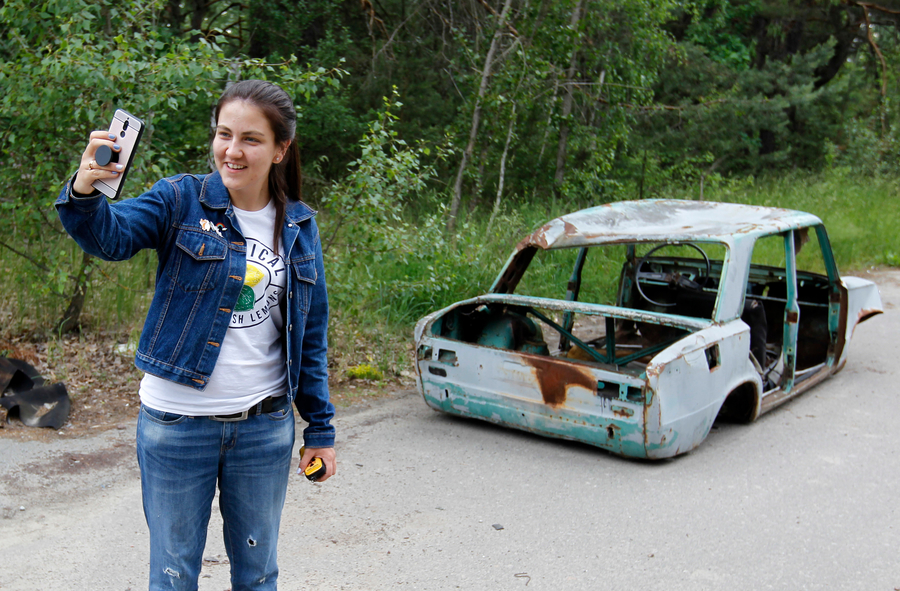 This is 2019, so, of course, selfie culture being what it is there’s been a spike in tourism to the site of the 1986 Chernobyl nuclear power plant disaster — thanks to HBO’s critically acclaimed miniseries retelling the story that’s quickly become of the best TV series of the year thus far. Indeed, Chernobyl is actually objectively one of the best, given that its five episodes quickly attained the status of being IMDb’s top-rated show, surpassing even classics like Breaking Bad and The Sopranos.

As we mentioned last week, the show has become so popular that it’s now something of a hot spot for Instagrammers to flock to, where they’ve been snapping photos of themselves amid the sad, tragic debris that remains in the abandoned area around the plant.

Chernobyl creator and writer Craig Mazin is aware of the spike in tourism to the area, though he decided to take to Twitter to encourage everyone to please, you know, be respectful since a large number of people actually died there. And in many cases, died quite painfully. Along these same lines, there’s been growing criticism against these photos spreading online, with at least one prominent Instagrammer deleting selfies she took at the site of the disaster.

Julia Baessler, who has around 320,000 followers on Instagram, told Business Insider she visited Chernobyl in May, in addition to parts of the so-called exclusion zone around it. In a series of messages she exchanged with BI via Instagram, she explained why she deleted some recent selfies she posted from a Chernobyl visit after getting attacked online:

“Because of the engineering work of my boyfriend we were able to get a special admission to go inside control room 4 which is actually not accessible for visitors,” she told the news site. “I left those stories online because they are full of informations [sic] and I really want to spread them but I don’t want to be seen as an influencer going to Chernobyl because it’s trendy now.”

It’s sad, she continued, “that people only see me as an ‘Instagram model’ and can’t believe that I’m deeply interested in history or physics. People are full (of) just prejudices and that really sucks.”