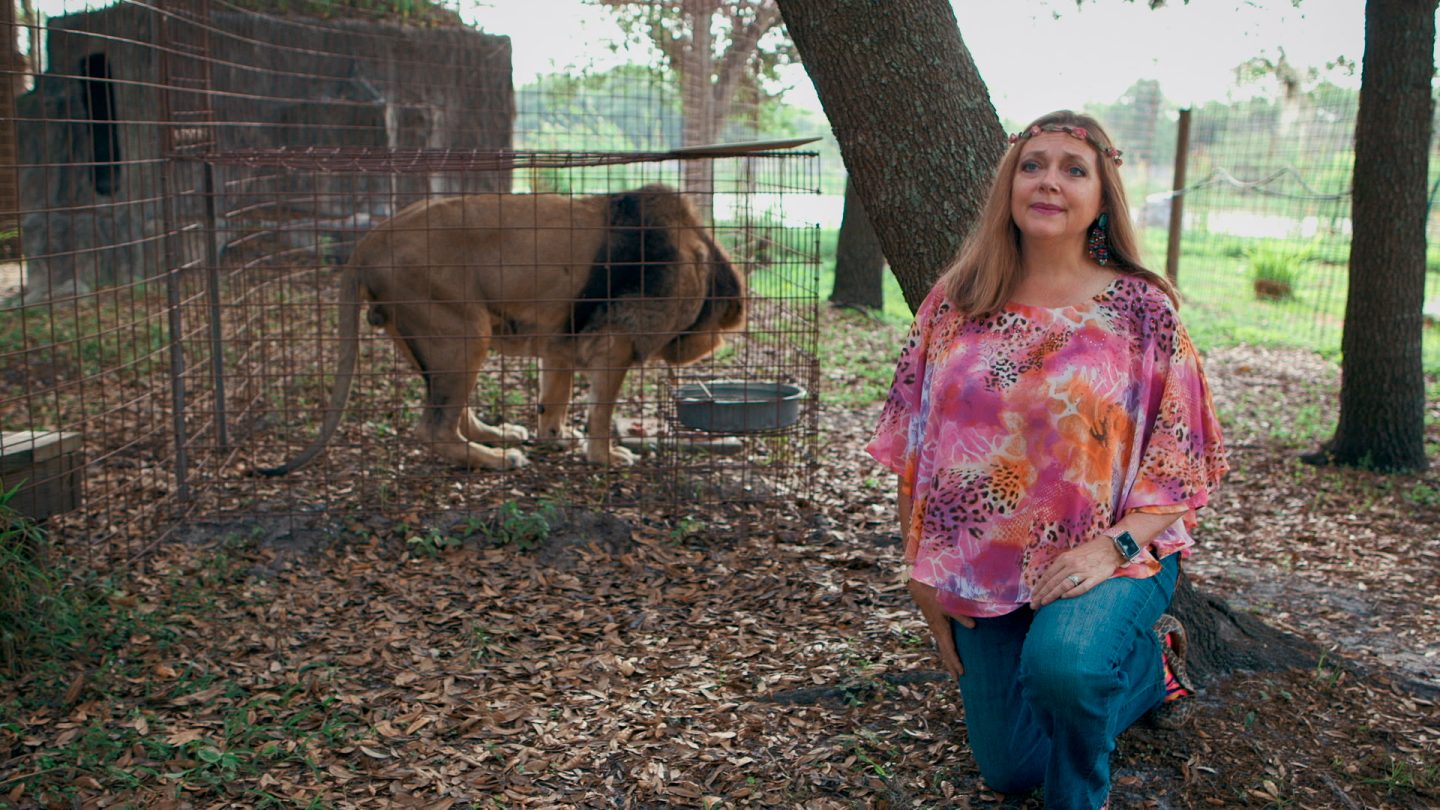 Carole Baskin is not happy that all you cool cats and kittens are going to get to see her likeness, again, when Netflix releases Tiger King season 2 later this month.

In fact, she’s so against the idea of this forthcoming follow-up to Netflix’s wildly successful 2020 hit docuseries, that she and her husband have filed a lawsuit against Netflix. The suit also targets the production company behind the project, Royal Goode Productions. Her claim basically amounts to an allegation of breach of contract. She says the Baskins only agreed to participate in the first documentary, in other words. And that continuing to use footage of Carole, for example, in the new Tiger King season (which hits Netflix on November 17) falls outside the scope of what the participants agreed to.

Netflix, no surprise, hasn’t commented yet about the lawsuit. But the Baskins not only want all footage of Carole and her husband Howard removed from the new season of Tiger King. They also want to take this case in front of a jury.

“Understanding that the Appearance Releases limited Royal Goode Productions’ use of the footage of the Baskins and Big Cat Rescue to the single, initial documentary motion picture, the Baskins believed that any sequel — though odious — would not include any of their footage,” the complaint reads.

One can’t help but wonder, though, if part of the motivation for this lawsuit has to do with competition. Because just four days before the new Tiger King season hits Netflix?

Carole actually has a two-part docuseries of her own, starring herself, coming to Discovery+.

It’s called Carole Baskin’s Cage Fight. And in it, she’s apparently going to share her side of the Big Cat Rescue story. As well as her side of events that were depicted in the original season of Tiger King. One of the things that also jumped out at me right away in the trailer for Carole’s docuseries, which you can check out below, is that she uses some … is that Tiger King footage I see?

Wait, I thought you filed a lawsuit against them, for using footage of you?

.@Carole_Baskin is on a mission to stop the abuse of big cats forever. 🐅#CaroleBaskinsCageFight is coming to @discoveryplus on Saturday, Nov. 13. Learn more at https://t.co/CamZtgOgS4 pic.twitter.com/LNBewT7tfv

At any rate, here’s a bit of the official synopsis about Carole’s upcoming docuseries from Discovery. Again, this one comes first (on November 13), with the new season of Tiger King hitting Netflix just a few days later:

“Carole Baskin’s Cage Fight highlights Baskin as she sets her sights on Jeff Lowe in an attempt to document the conditions of the animals in his new zoo ‘Tiger King Park’ … In addition, the documentary series follows Baskin and the team as they set up a week-long aerial surveillance of Lowe’s property that results in several tense confrontations between her team and him.”

Later, the description continues, Baskin’s investigators, as well as Big Cat Rescue volunteers, apparently go undercover. They’re in search of evidence of illegal zoo tours and animal abuse at roadside zoos. The whole thing promises to supposedly untangle a “web of lies.” And there’s also something about an alleged former drug dealer in Miami.

If you haven’t checked out a trailer yet for the new season of Tiger King, meanwhile, you can do so in the tweet below. There will be five episodes in the new season. And Netflix subscribers can watch them all on the streamer in just over two weeks from now.

Netflix’s press material about the upcoming season teases it as follows. “With Joe Exotic behind bars and Carole Baskin closing in on ownership of his disreputable zoo, the Emmy-nominated saga continues its twisted course with Tiger King 2 as newfound revelations emerge on the motivations, backstories, and secrets of America’s most notorious big cat owners.”

It’s “another season of murder, mayhem, and madness. Thought you knew the whole story? Just you wait.”