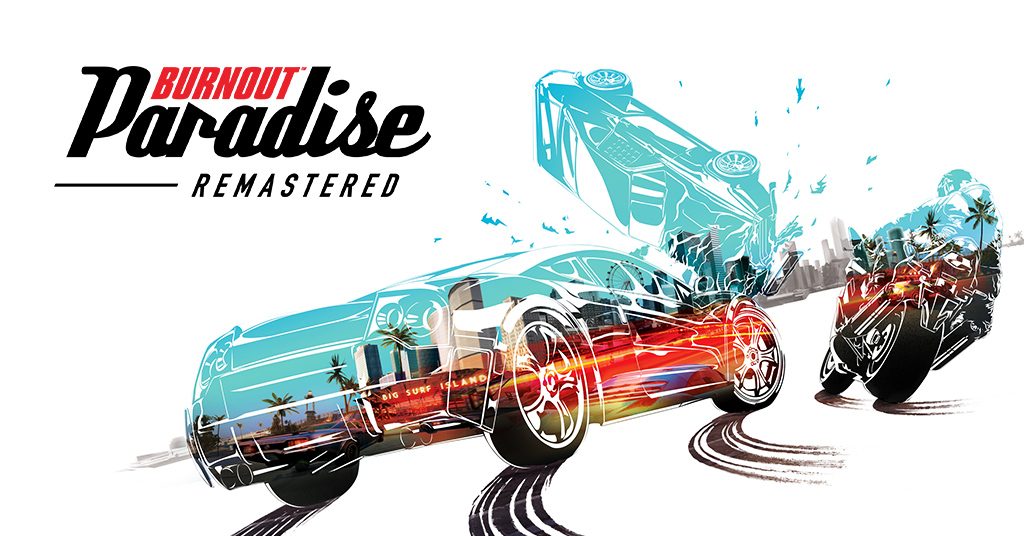 Following years of rumors and speculation, EA this week finally confirmed that the open world racing game Burnout Paradise is being remastered for the PlayStation 4 and Xbox One. In addition to featuring all of the add-on DLC that came along with the original game, Burnout Paradise Remastered will play natively in 1080p on PS4 and Xbox One as well as in 4K at 60 frames per second on the PS4 Pro and Xbox One X.

Burnout Paradise was a bit of a shock for fans of the series when it launched in 2008. Rather than consisting solely of street races and linear events, the entire map was open for players to explore, with points of interest scattered all over the map. Paradise paved the way for games like Forza Horizon and The Crew years later.

The most exciting part of this announcement is that the game will come back online for a whole new generation. Up to eight players can compete in the game’s races and challenges that dot the massive map, both online and off. If you’ve got a friend who has never explored Paradise City before, you can be their guide.

Sadly, there don’t appear to be any plans to bring the remaster to the Switch. Nintendo fans who want to experience the open world racer that really kickstarted the genre will have to play on a competing console. But the important thing is that the remaster exists at all, and we’re going to be able to play it just a few weeks from now.