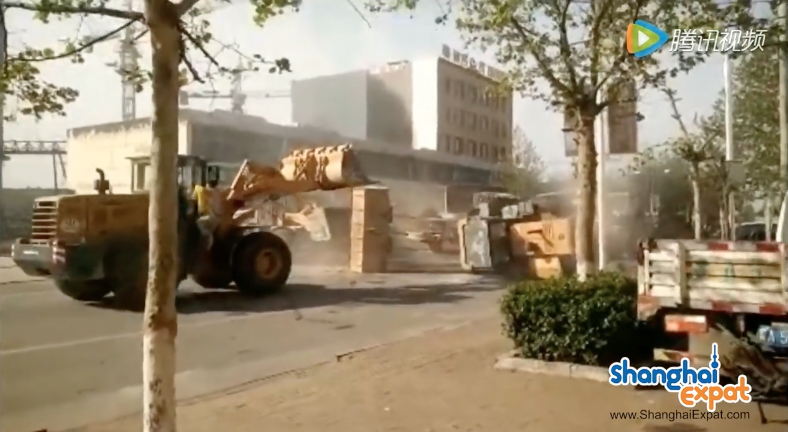 I’m not really surprised to see six bulldozers going against each other in the middle of the street, during an ordinary day, in China. Crazy things tend to happen over there, and the following video, recorded by an eye-witness, shows these massive machines fighting it out like it’s a demolition derby show.

You’d think there’s always a chance that this entire scene was staged for the sole purpose of going viral online, but that’s not the case here. It’s a real rumble in the streets, a fight between men operating heavy and dangerous machinery.

You can easily see regular cars trying to get away from the scene, as it’s about to get ugly. The bulldozers try to ram each other, and one of them does get flipped over. I guess that you fight by the bulldozer, you die by the bulldozer. Thankfully, nobody appears to have gotten hurt in this video, but at least one person’s machinery was toppled over. Friends wielding other bulldozers came to his aid quickly, trying to lift the bulldozer back up.

According to The Associated Press, the bulldozer fight erupted between construction workers belonging to different companies, which appear to be fierce rivals. It’s not clear what caused the incident, and I will say that I’m more interested in the kind of argument that concludes in a bulldozer fight, than the actual insane fight that ensues. Check out the video below.