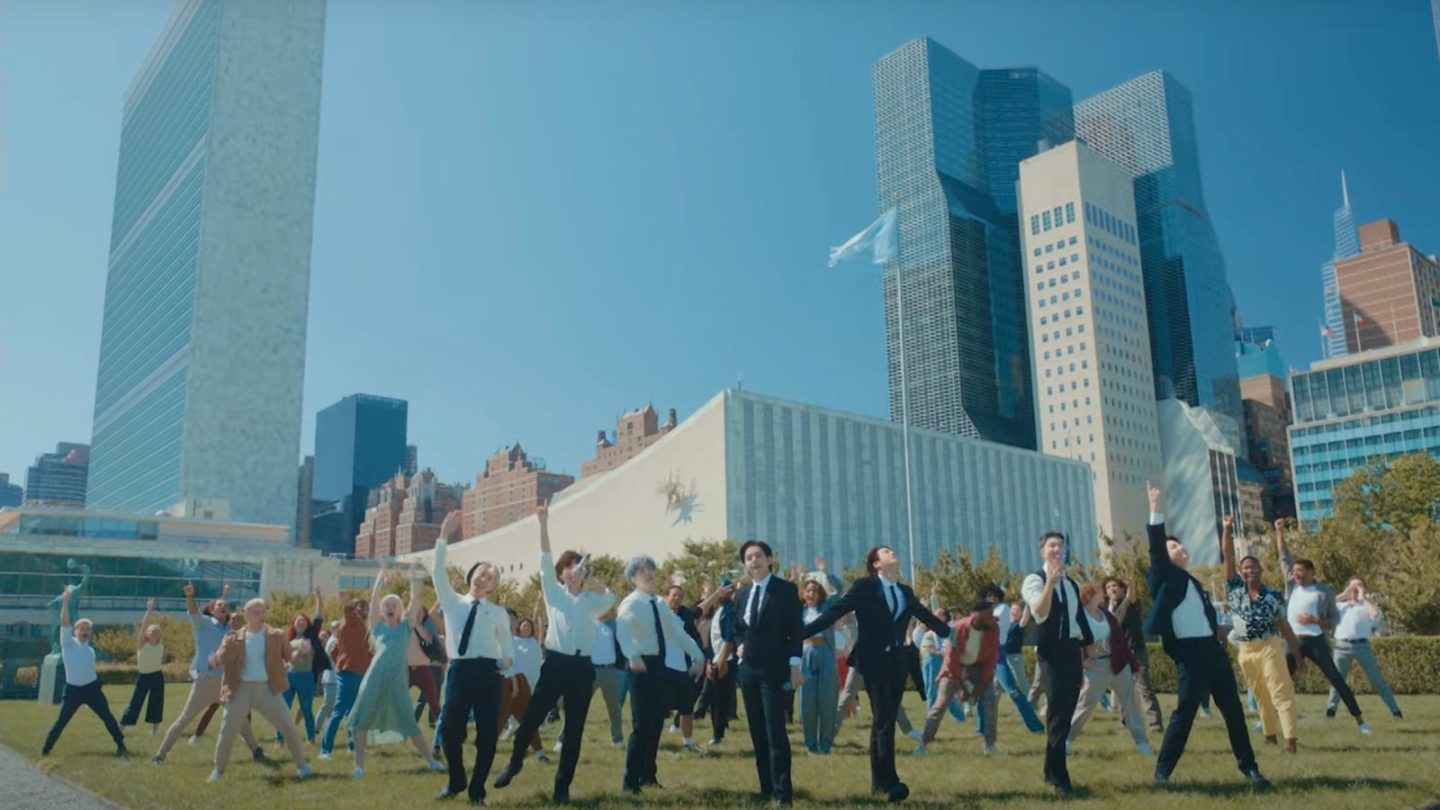 It’s not often that you see the United Nations go viral online. And when it does, it might not always be inspiring news. But Korean pop boy band BTS made UN history earlier this week. They turned the United Nations into a viral sensation on Monday. BTS performed and recorded a special version of their latest hit, Permission to Dance, at the UN headquarters in New York. That’s the song you might have heard playing everywhere this summer. Millions of BTS Army fans are more than aware of it, as they follow BTS closely day in and day out.

The K-pop band did not come to the UN just to offer the impressive audience a different version of one of their best songs. The members also gave a speech on Monday, as special envoys of Korean President Moon Jae-in. The BTS gang addressed the current challenges the world faces. They talked about the impact of the coronavirus pandemic and climate change. And millions of fans tuned in to listen.

BTS records Permission to Dance video at the UN

The Permission to Dance video that BTS recorded in New York inside the Assembly Hall and outside the UN building topped 13 million views on the UN’s YouTube channel at the time of this writing. That’s well above the few thousand to tens of thousands of views UN videos get on YouTube. Separately, the BTS seven-minute speech surpassed 1.1 million views, with a second clip topping 2.5 million views.

Furthermore, the livestream had more than one million people tuning in to watch on Monday. The video registered more than 6.5 million views by Wednesday.

Similarly, an interview that UN’s Under-Secretary-General for Global Communications, Melissa Fleming, hosted featured President Moon and the BTS band nears 3.7 million views. It’s in this clip that Fleming reveals BTS recorded the UN-themed Permission to Dance version from “one in the morning into the early hours of Sunday.”

The UN Permission to Dance video shows the group singing the iconic song into the Assembly Hall, dancing in the empty aisles, and outside the UN building. It’s the same catchy song you know and love, but the unusual setting will make you wonder what it’s all about — see it below.

Come for the BTS hit, stay for their UN message

President Moon’s idea to turn to BTS for promoting the UN Sustainable Development Goals (SDG) is absolutely brilliant. It’s a huge marketing trick that paid off immensely. People who might ignore the UN’s regular assemblies have certainly tuned in to see their idols in action, not knowing what they would sing, do, or say.

The new Permission to Dance video is a stunning surprise, but it’s only a fraction of what BTS did to promote the UN in what’s easily been one of the most challenging years in modern history.

As part of their SDG speech, BTS members addressed some of these matters. The K-pop band talked about climate change, the coronavirus effects on the young generation, and COVID-19 vaccines.

“Of course, we received vaccinations,” J-hope said, addressing recent speculations. “The vaccination was a sort of ticket to meeting our fans waiting for us and to being able to stand here before you today.”

Addressing the effects of COVID-19, BTS leader RM said that he heard “that people in their teens and 20s today are being referred to as Covid’s lost generation. But I think it’s a stretch to say they’re lost just because the path they tread can’t be seen by grown-up eyes,” he said.

“Instead of the ‘lost generation,’ a more appropriate name would be the ‘welcome generation,’ because instead of fearing change, this generation says ‘welcome’ and they keep forging ahead,” Jin said.

As the UN’s YouTube channel proves, millions of members of the BTS Army of fans saw and read those messages. They might have loved that new Permission to Dance video, but many of them stayed for the rest.

Fragments of the BTS UN address and their interview with Fleming follow below.