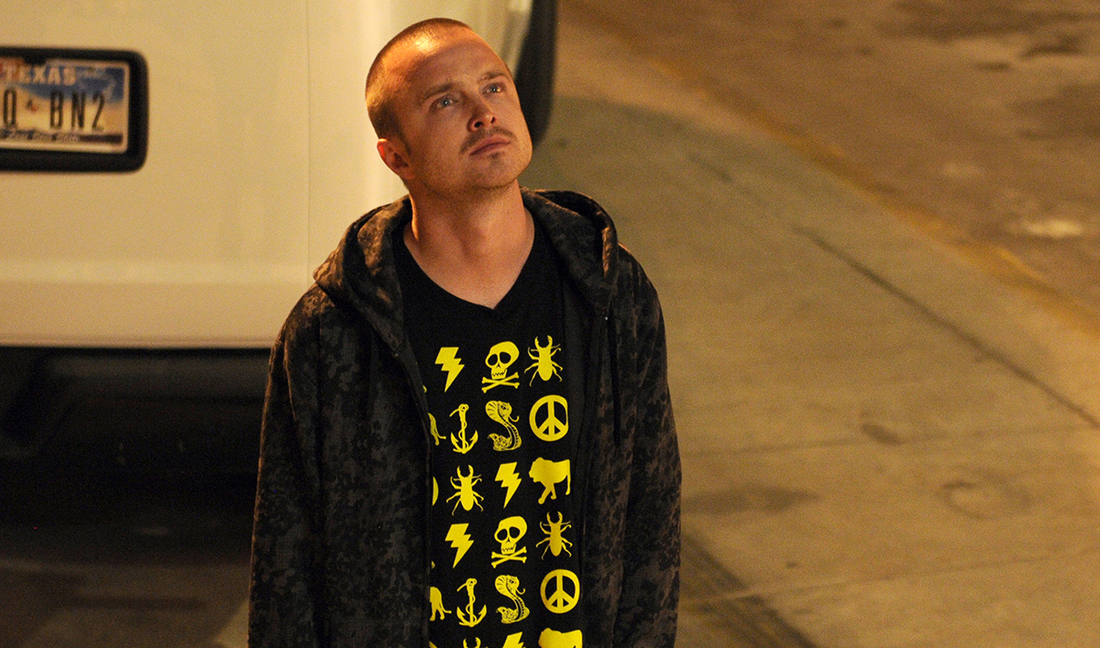 As if Breaking Bad fans weren’t excited enough for El Camino: A Breaking Bad Movie, the Jesse Pinkman-centric movie sequel to the hit AMC series, debuting on Netflix October 11, the streamer has just released a new teaser trailer that presents an emotional, intense look back at the arc that the character took over the course of the show.

You can check out the teaser above, which is just over three minutes long and perfectly sets up what we’re in store for in El Camino — a look at Jesse once he’s finally free of Walter White and all the pain that association caused Jesse over Breaking Bad’s 62 episodes.

The teaser above is bookended by Jesse letting himself be interviewed by DEA agents. As they do so, we the viewers are given shots of Jesse’s entire story, on through his breakout from the gang of neo-Nazis.

Admittedly, we couldn’t be any more excited about the forthcoming movie. As a reminder, we’d already mentioned here that Aaron Paul, the actor who plays Jesse, recommends fans check out a scene from episode seven of Breaking Bad’s third season (titled One Minute) by way of getting themselves set up for the movie. In an August interview with The New York Times about El Camino, Aaron also had this to say:

“It’s a chapter of ‘Breaking Bad’ that I didn’t realize I wanted. And now that I have it, I’m so happy that it’s there.” And, after he’d finished reading the script for the movie, this was his reaction: “I couldn’t speak for a good 30, 60 seconds. I was just lost in my thoughts. As the guy who played the guy, I was so happy that Vince wanted to take me on this journey.”