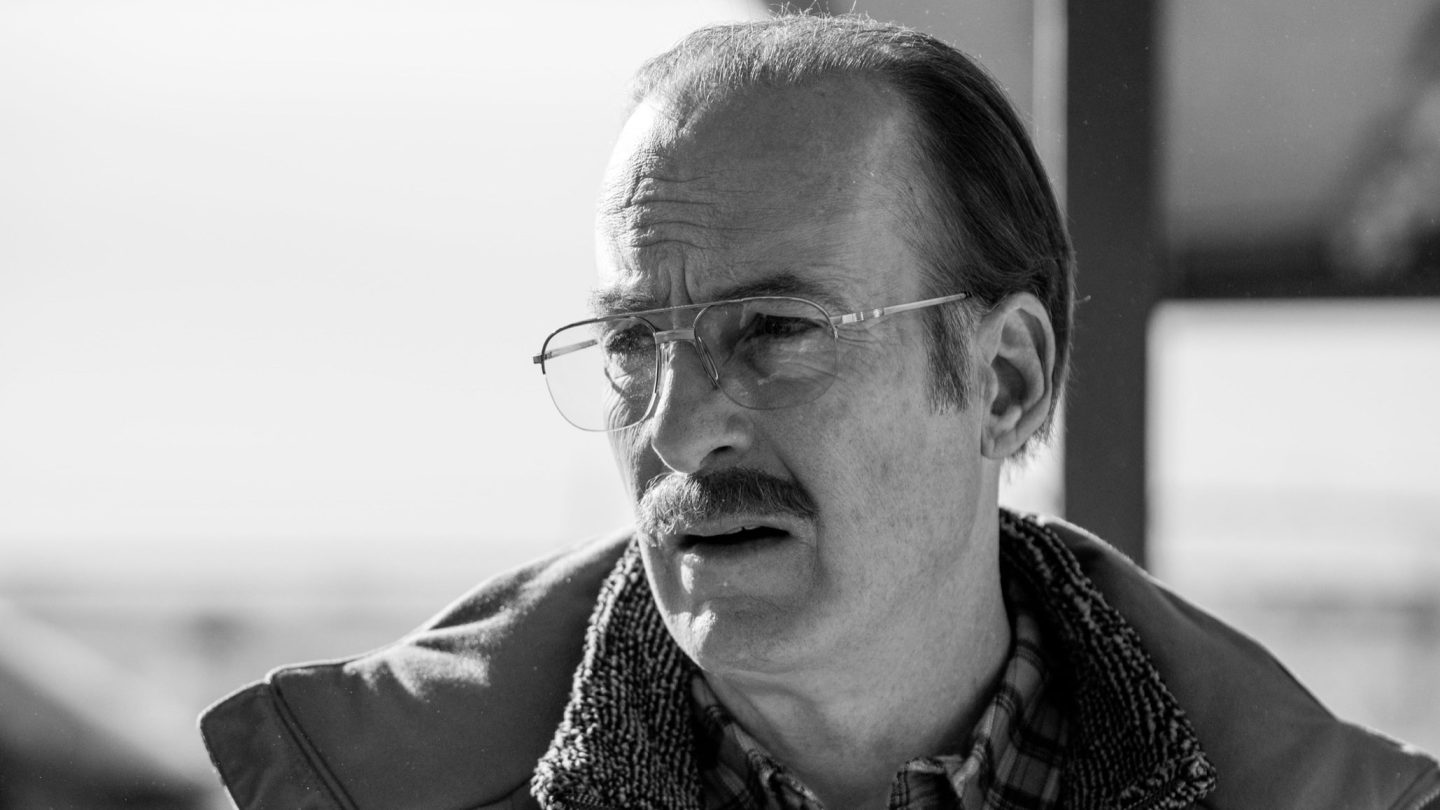 It somehow feels incomplete to simply describe Monday night’s episode of Better Call Saul — Episode 11, titled Breaking Bad — as an oh-so-satisfying small screen masterpiece. Not only did the show give us the long-hinted-at reappearances of Walter White and Jesse Pinkman, thus bringing both the original series and its critically acclaimed prequel full circle.

But with just two episodes left before Better Call Saul wraps up for good, this latest episode also dramatically set up the beginning of the end. And, if you ask me, it all hinges on Gene Takovic’s dramatic phone booth conversation, the one that we didn’t get to hear any audio from. It was clearly upsetting enough that Gene aka Saul Goodman aka Jimmy McGill promptly freaked out inside the phone booth, banging the phone against the side repeatedly before stepping outside to kick a hole in the booth’s glass.

And it clearly motivated him to bounce right back, into an all-new scam.

In the post-Breaking Bad timeline, Saul/Jimmy is now in hiding in Omaha — where he’s spent the Better Call Saul timeline working at a Cinnabon under the assumed identity of Gene Takovic. In this episode, we see Gene at one point sneak away and call his old receptionist Francesca Liddy. She’s gone from working at Saul’s law firm to a new life as an apartment landlord.

And because the feds are still trying to get a lead on Saul’s whereabouts, Francesca tells Gene how she still hears clicks on her phone. That the feds randomly open her mail. And they follow her, sometimes.

The big bombshell in that conversation, though, is what she told her old boss about Kim Wexler. Jimmy’s ex-wife, the fan-favorite Better Call Saul character who left him and voluntarily surrendered her law license a few episodes back. After everything went down at the end of Breaking Bad? Well, it seems that Kim called to check in on Francesca.

And she asked Francesca, in turn, about Jimmy.

Heartened by that news, Jimmy in Monday night’s episode of Better Call Saul then drives to an out-of-the-way phone booth, drops in a ton of quarters, and dials a “Palm Coast Sprinklers” in Titusville, Florida. Where, come to find out, Kim apparently works.

As noted above, though, the show doesn’t let us hear the conversation. All we know is what we see. And what we see is Gene, having a huge meltdown in the phone booth. Then, from there, he launches right into a selling-stolen-IDs-for-cash scam.

So, the million-dollar question:

What in the world was said during that phone call that sent Gene over the edge? And motivated him to launch a new scam, with now just two Better Call Saul episodes remaining?

A Redditor might have come up with the answer.

Take this with a grain of salt, but it seems that — notwithstanding the roar of the semis driving by that drowned out the audio in that phone booth scene — the conversation was actually mostly audible in the version dubbed in German. Here’s what the Reddit post claims you could hear from Gene’s side of the conversation. From the post (credit to mcmike8):

(The beginning is inaudible … but it’s mid-sentence and he is already upset about what Kim must have said): “(…) you have no idea what I did or didn’t do, okay? Why don’t YOU turn yourself in, you don’t have to be considerate of me, I can only be hanged ONCE. Okay, look, Kim, why are we even talking about this. We’re both too smart…“

Make of that what you will. If that’s really what Gene was saying, though, it sure doesn’t sound like we have enough time left for a happy reunion between Jimmy and Kim, sorry to say.