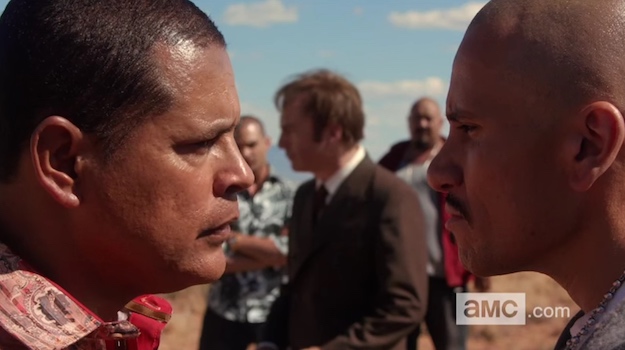 I’m not typically a fan of TV spinoffs, but Better Call Saul has seemingly broken the spinoff curse that plagues shows looking to capitalize off of the success of previous hits. To be sure, following up Breaking Bad would be a daunting task for any show, but Better Call Saul works precisely because it’s not trying to perfectly mirror all the elements that made Vince Gilligan’s meth-fueled drama so addictive and compelling. Rather, Better Call Saul seeks to carve out its own unique and independent nook within the larger Breaking Bad universe, and it does so quite successfully.

DON’T MISS: Intern caught sleeping on his second day of work gets trolled by the entire Internet

At the same time, there’s no denying that the two shows are inextricably intertwined. Indeed, one of the core threads that makes the show so appealing is the desire to witness the sequence of events which prompted Jimmy McGill’s transformation into Saul Goodman. With season 2 of Better Call Saul set to air on February 15, AMC yesterday published an easter egg video highlighting 17 Breaking Bad references hidden in Better Call Saul.

“We try to call back to Breaking Bad every now and then on Better Call Saul,” series creator Vince Gilligan explains, “and that could be anything from the appearance of a prop, characters who are on Breaking Bad. It’s a fun thing to do.”

As highlighted in the video below, the biggest overlap between the two shows was the appearance of Tuco and his cronies. Of course, the biggest question mark is whether or not Gus Fring will ever make a cameo on the show, something which Giancarlo Esposito intimated was possible early last year.