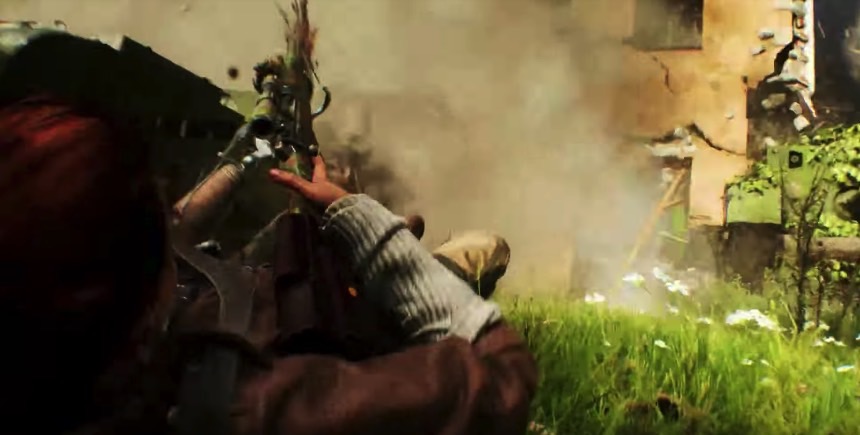 Fortnite and PUBG might be the hottest games right now, massive multiplayer shooters where skill and strategy will both help you get ahead, but they lack magic. Yes, no two Battle Royale games are similar, but neither game offers any sort of background story. Put a similar concept inside the right context, like World War I or World War II, and you have a game that I really want to play.

Battlefield V happens to be that. You may have heard this about other World War II games in the past as well, but the new Battlefield will give you the most immersive war experience yet. That’s because technology has advanced to the point where game developers can do so much more than a decade ago. You have to watch the trailer to understand, but just picture this: you’re shooting at the enemy while you’re crawling to some sort of safety on your back.

Mind you, this isn’t Battle Royale set in World War II. You won’t win any chicken dinners by yourself. This is a team effort, on a massive scale, with complex missions that span for days, with each day’s resolution affecting the next day of battle.

Just like any Battlefield game, V brings to the table an array of classes, weapons, and vehicles for you to master. You can expect plenty of avatar customizations the more you play the game. These are all par for the course for shooter games. But Battlefield V takes everything to a whole new level with a new progression system that applies to everything, including you, the player, but also the weapons, vehicles, soldier class, and chapter. And yes, as you’ll see in the following clip, there are also female characters in it.

There are plenty of new tricks too, such as killing opponents through walls and feeling the blast of nearby explosions. Also interesting is that you’ll be able to build defenses after you’ve smashed everything in your path with your tanks and what not. I guess Fortnite should get a nod for that.

The chapter of war is also an interesting idea. Tides of War, they call it, will give you different World War II experience every few months, starting with the fall of Europe. That’s right, you’ll get to experience war from a historical perspective, regardless of what side you play. And you won’t have to pay extra for new maps and new packages. Buy the game once, and everything will be available to all players worldwide.

There’s also a single-player game mode, and the co-op game is returning for this Battlefield edition. All of these will count towards your progression and upgrades as well, in case you were wondering.

The game launches on PS4, Xbox One, and PC on October 19th, although you can expect more footage until then.

The first trailer for Battlefield V is available below, followed by the full reveal event, which was hosted by Trevor Noah.