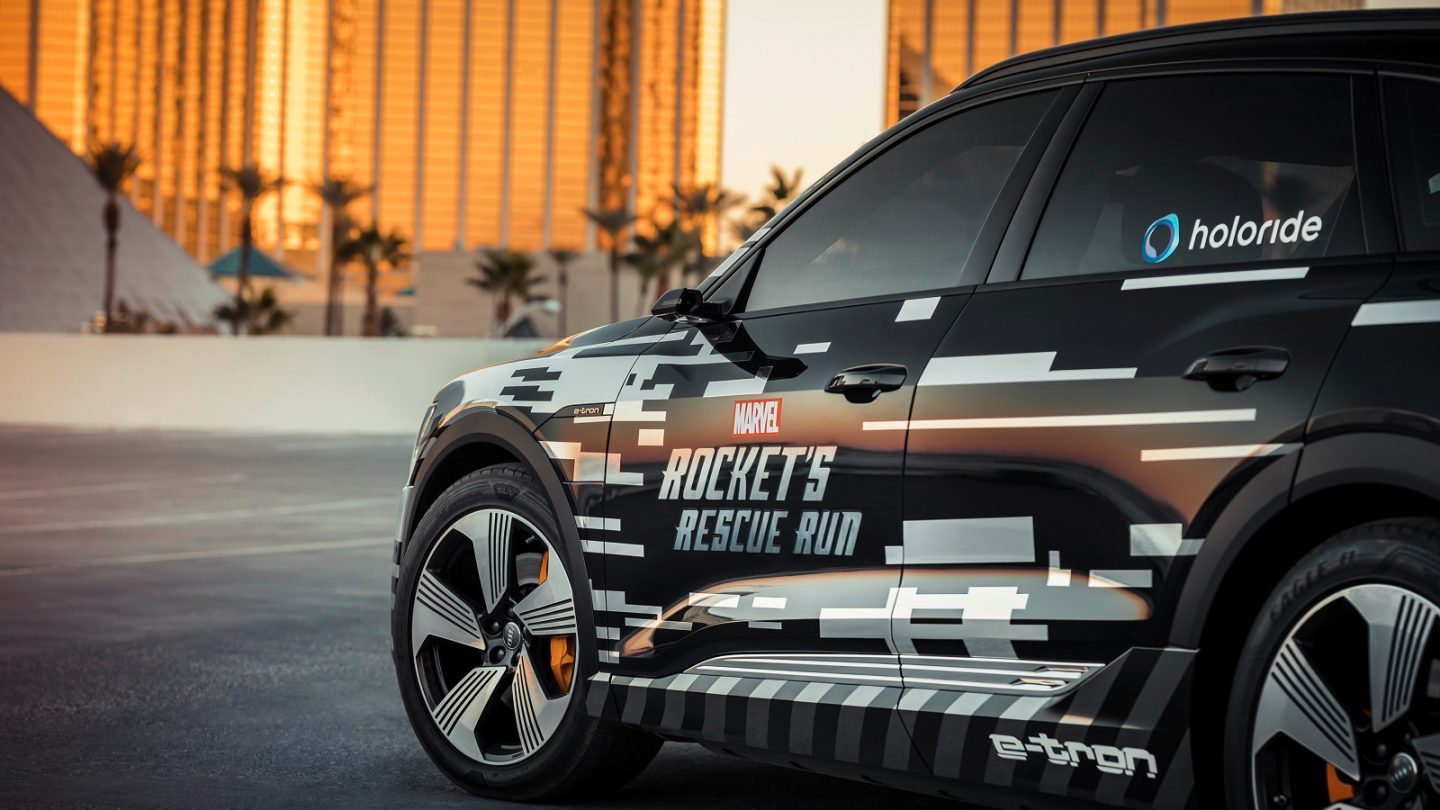 When a company is as tight-lipped as Marvel, leaks often come from the most unexpected of places. For example, right after Marvel debuted the latest trailer for Avengers: Endgame, Audi shared a video with none other than the Iron Man himself (Robert Downey Jr.) talking with Audi head of design Marc Lichte. In the video, Downey Jr. revealed that he will be seen driving an Audi e-tron GT in the upcoming Avengers sequel.

This, of course, prompted plenty of questions and theories from curious fans. How could Tony Stark drive an Audi if he’s lost in space, as he appears to be in the Endgame trailer? Is he seen driving the e-tron in a flashback? Does he make it back to Earth before the end of the movie? Well, Audi may have spoiled that too.

At CES 2019 this week, Audi announced that it was partnering with Marvel in order to create an in-car virtual reality experience for backseat passengers called “Marvel’s Avengers: Rocket’s Rescue Run.” Here’s the full description of the game, which Audi described in detail in a press release this past Monday:

Wearing VR glasses, the passenger in an Audi e-tron is transported into a fantastical depiction of outer space: The Audi e-tron now functions as the ship manned by the Guardians of the Galaxy, as the passenger makes their way through an asteroid field together with Rocket, a character that will appear in Marvel Studios’ Avengers: Endgame in spring 2019. Every movement of the car is reflected in the experience in real time. If the car turns a tight corner, the player curves around an opposing spaceship in virtual reality. If the Audi e-tron accelerates, the ship in the experience does the same.

In a preview of the VR experience, The Verge confirms that Rocket Raccoon does indeed end up saving Iron Man by the end of the short game. While it’s hard to believe that and Marvel could allow this to slip through the cracks, especially considering both entities must have known that a public showing of “Rocket’s Rescue Run” was planned for CES, it would make sense for Rocket to be the one to save Tony Stark (even though the two have yet to meet). After all, Rocket is the one of the few (if not the only) heroes still alive with the skill set to find Stark.

It seems more likely than not that this is little more than an interesting experiment from Audi and Disney, but at least it gives us something else to ponder ahead of the release of Avengers: Endgame on April 26th. And in all honestly, it wouldn’t be anywhere close to the strangest leak we’ve seen about the movie so far.