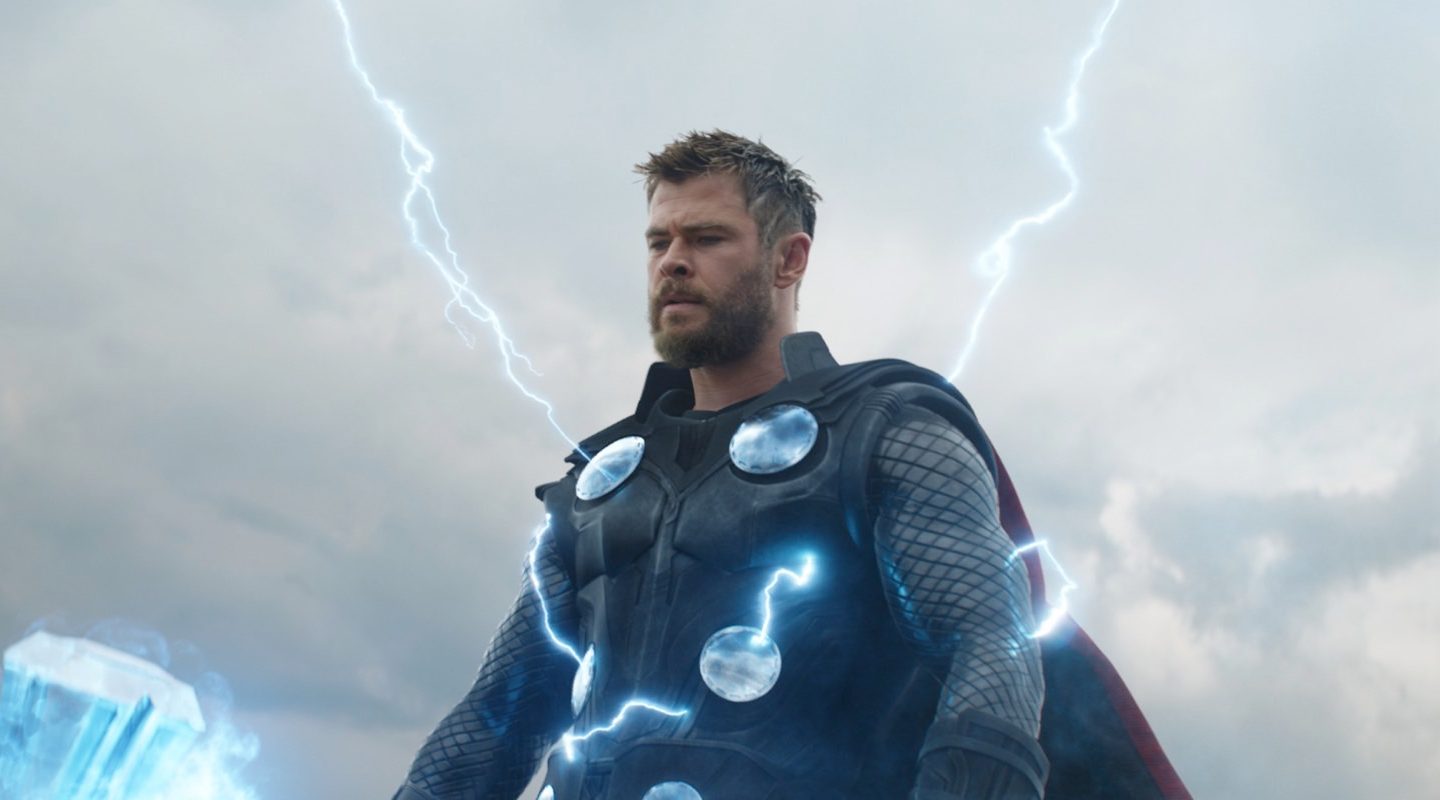 The Russo brothers’ fourth MCU title is playing in theaters across the known universe as we speak, breaking countless box office records and raking in positive reviews — here’s our spoiler-free take on Avengers: Endgame. As in previous films, including the last two Captain America movies (The Winter Soldier and Civil War), as well as Avengers: Infinity War, Endgame will also deliver plenty of controversial choices.

I’ve already discussed what I think is the most controversial thing about Endgame, but that’s just one of many. There are plenty of other character choices the Russos made together with Kevin Feige and the writers behind these four films that fans might not like. In what follows, I’m going to tell you why Thor’s arc makes perfect sense in Endgame, no matter what your initial reaction might be. Before I explain, remember that huge spoilers will follow below, and you should watch the film before proceeding.

I’m serious, avoid these spoilers and watch Endgame before I explain what happened to Thor. And while we’re at it, don’t spoil Endgame for those people who haven’t seen it yet:

Some people avoided the leaked Endgame footage from a few days ago, but not us. That clip revealed several key scenes from the film, including the fact that Thor has become Fat Thor. In turn, this revelation prompted a wave of adverse reactions from fans who accused Marvel of ruining the character before even seeing the film.

Remember how everyone reacted when the camera showed us Fat Thor in Endgame? Imagine that happening online, but without context. The character arc, however, makes perfect sense for Thor, and Fat Thor is going to be a temporary part of the God of Thunder’s life. Just because he’s a depressed, fat drunk with a massive sense of guilt doesn’t make Thor any less enjoyable. And it doesn’t mean that Marvel “assassinated” the character.

Think about it; this pirate angel lived 1,500 years and killed twice as many enemies before experiencing real pain. In some ten years since he interacted with the humans of Midgard on a deeper level, he grew from Point Break to Big Lebowski — hat tip to Tony Stark for his Thor nicknames — experiencing tremendous loss.

In just ten years, he fell in love and broke up with a woman who made him rethink his priorities. He was stripped of his Mjolnir-wielding powers and had to become worthy again. His mother and father died, and he’s had to fight his brother (who has died multiple times, and betrayed him at every turn).

Just as he was finishing up with all of that — helping the Avengers fix things on Earth, and mopping up other intergalactic conflicts — he discovered that he had a ruthless sister that nobody warned him about. She destroyed Mjolnir and Thor had to let her burn Asgard — the place, not the people — to the ground.

The suffering was far from over, however. Little did Thor know he was about to meet his biggest enemy. When he fought Thanos the first time, he lost Heimdall and Loki for good, as well as plenty of Asgardians. Even so, he wouldn’t give up, telling Rocket that nobody has fought him twice and won.

He went through tremendous physical pain to create Stormbreaker, and he saved the day at Wakanda. If only he went for the head. But how would one even know? Thanos had just beaten him a second time, and this defeat had dire consequences. Of all the heroes who fought Thanos, Thor probably blames himself the most for not beating the titan, because he’s the only one who got close — Quill, by the way, had no time to realize what he had done on Titan. Then again, neither man was supposed to win against Thanos in Infinity War. The only way for them to win was to lose first.

He ultimately went for the head out of rage early in the first Endgame act, but that didn’t help deal with the pain. Trillions of people were still dead.

Once the dust settled over the Snap, and it became clear that it couldn’t be undone, Thor found himself feeling responsible for the deaths of trillions of living beings across the universe. And he was all alone. Frigga, Odin, Loki, and Heimdall were all dead. Moreover, many of the Avengers that fought by his side were also gone. Who could really blame Thor for becoming Big Lebowski? Just because he’s a god, it doesn’t mean he has to, or can, deal with all these extreme events any better than a regular person could.

Thor isn’t Steve Rogers, and he lacks that “giddy optimism” that would help him heal. The only way for that to happen would be to fix things. And it’s this tremendous pain that makes Thor more relatable. But Fat Thor isn’t just supposed to deliver the much needed comic relief in Endgame, and his story isn’t done yet. He’s still a badass hero on a journey of self-discovery.

Fat Thor is indeed an unexpected progression of Thor’s story, but, as much it might surprise you, it works perfectly for him and the Endgame story. After all, Thor is still ready to fight, no matter how much beer he’d need to drink, or how many tears he’d have to shed. And he’s remarkably funny, in spite of all the pain he’s carrying.

Also, Fat Thor is Marvel’s easy way of nerfing this powerful superhero. All by himself, Thor is still a formidable adversary. “Point Break” wielding Stormbreaker would be an imposing for for a 2014-Thanos who doesn’t have any Infinity Stones. But “Big Lebowski,” while still very worthy, isn’t the same fighter. He’s determined and does plenty of damage, but he’s not the same fit Thor that we saw in previous battles.

That said, you see Thor evolve from the first scenes of Endgame to the very end, where he helps set up a new chapter of the Guardians of the Galaxy — or better said, Asgardians of the Galaxy. And he’s not done growing, especially now that he’s dealt with the biggest failure in his life. We’ve come a very long way since the first Thor movie, and, overall, Thor as a character is so much more enjoyable since Thor: Ragnarok. We’ll surely see the God of Thunder in future Marvel films, and it’ll be interesting to see where his story takes us next.