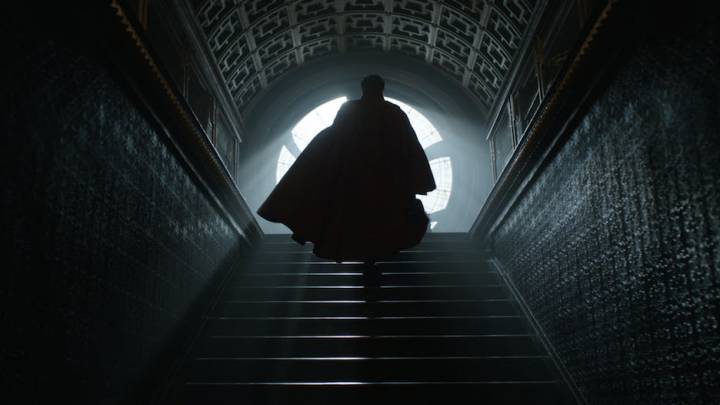 Because Avengers: Infinity War ended the way it did, we’ve been speculating ever since on what it all means. As the days turned into weeks and months, we learned that the horrific deaths in Infinity War aren’t as final as the writers and directors would have us believe. Plenty of the dead Avengers are going to return to life in the next movie somehow, especially the ones that are set to appear in films that follow Avengers 4 in Marvel’s chronology. The list includes Spider-Man: Far From Home and Guardians of the Galaxy Vol. 3.

We also learned that time travel will play a significant role in the upcoming events. The Avengers are in the endgame right now, the only future that will end up with some sort of happy ending. Mind you, we already expect this happy end to be peppered with tragic outcomes for some of the heroes. That’s because everything is possible in the Marvel Cinematic Universe, but at high personal cost, as Marvel teased before. This brings me to one of the best fan theories I’ve ever read, because it explains some of the things we witnessed in Infinity War and sets the stage for the sequel.

The more I thought and wrote about the events of Infinity War and the things to come in Avengers 4, the clearer it was to me that Doctor Strange is indispensable to the team. I said before that the best reason why I think he did not die at the snap is that he could see beyond his death, as he looked at over 14 million futures, of which only one offered the Avengers the real win. Strange made sure that Ant-Man would be in the Quantum Realm when the snap occurred, that Iron Man would not be killed while fighting Thanos, and that Star-Lord would disrupt the team’s effort to steal Thanos’ powerful Infinity Gauntlet during the battle on Titan.

Also, let’s not forget that Spider-Man star and Marvel leaker Tom Holland inadvertently told the world that Doctor Strange has a lot of Quantum Realm dialog in the new Avengers movie, something we did not see in Infinity War. The implication was that Strange may talk all that Realm talk in Avengers 4. That means he’s either alive or he’s visited Scott Lang to tell him how those time vortexes work when exploring alternate futures.

With that in mind, here’s the theory that Reddit user WilliamHolz posted: “How Thanos and Star-Lord unwittingly saved the universe from the Avengers.” Wait, that’s crazy, right? Did they really do that? Well, a better title for the theory comes from the post: “Destroying the Mind Stone might be worse than losing half the universe.”

The gist of this theory is that the Infinity Stones can’t be destroyed, no matter what. And the Avengers wanted to beat Thanos by protecting/destroying the Mind and Time Stones they possessed. In fact, they achieved as much when Vision’s Mind Stone was destroyed. Thanos then turned back in time to prevent its destruction, thus completing his collection.

But that’s only because Doctor Strange allowed events to proceed in this particular way so that Thanos would get his hands on the Time Stone before going for the Mind Stone:

Every time the heroes succeed in defeating Thanos, the Universe gets stabbed in the brain and starts to unravel.

Every time the heroes force Thanos to try to take the Mind Stone without the Time Stone, the Universe gets stabbed in the brain and starts to unravel

In ONE timeline, the heroes don’t defeat Thanos on Titan because Star-Lord loses it and he ends up in front of Vision with the Time Stone as the Mind Stone is destroyed. In that one future he can use the Time Stone’s second power (rewinding time for an object) to restore the Mind Stone.

With the Mind Stone saved, the Universe continues forward. Half is snapped away, but it at least has a future.

Strange may have witnessed some 14 million Avengers victories in which they were able to destroy the MInd Stone before Thanos got it. And that’s what may have set in motion a chain of chain of events far worse than losing half of the population of the known universe.

The theory perfectly explains why Strange, who’s just witnessed all those alternate futures, did not prevent Star-Lord from waking up Thanos. Think about it; all the Avengers needed to do was to remove that Infinity Gauntlet to beat Thanos. But Strange played along, fully aware that this was the only way for the Avengers win. That also explains why Strange was willing to give Thanos the Time Stone, even if he vowed to protect it at the beginning of the movie, regardless of the cost.

Whatever happens next, the Avengers can’t destroy any of the Stones if the premise is that destroying any Stone would essentially kill the universe. So in Avengers 4, they may want to collect them all from different timelines before Thanos gets them. A leak recently did say that Avengers 4 is a time travel heist movie. And you know what else? Not having to destroy the Mind Stone means that Vision wouldn’t have to die. Then again, we already expect Shuri, Tony Stark, and Bruce Banner to figure out a way to remove the Stone from Vision’s head without killing him in Avengers 4.