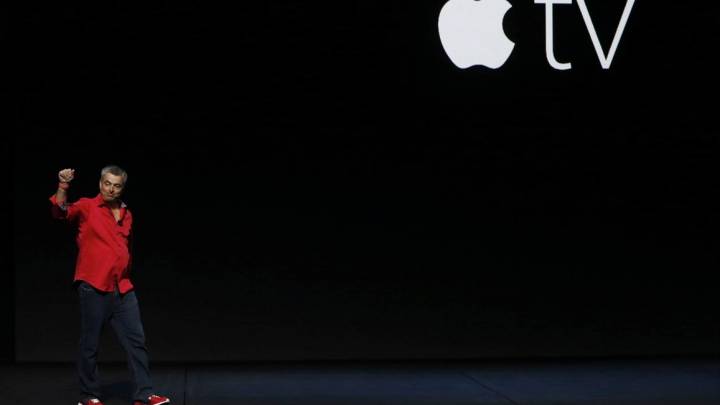 Apple should buy Netflix, many people have claimed, a move that could further help the company grow beyond the iPhone — that said, the iPhone is still a massive growth factor, just look at Apple’s record share prices. But Apple will probably never buy Netflix, at least according to what Eddy Cue said in an interview about Apple’s TV plans.

Cue, an Apple’s veteran who’s leading the company’s internet software and services department, told Recode in an interview at the Code Conference on Monday that Apple isn’t trying to simply buy a content company like Netflix or its rivals.

“We might be better buying somebody or doing that, but that’s not what we’re trying to do,” Cue said. “We are trying to do something that’s unique, that takes advantage of our platform and then really brings culture to it, and — right now we think we could do that with partners like Ben. We don’t see that anywhere else.”

Apple is about to compete directly against Netflix when it comes to original content, though Netflix is still king in that department. Cue talked about two upcoming Apple shows, including Carpool Karaoke and Planet of the Apps.

Apple is looking to create unique content that’s not available on Netflix, Cue and Planet of the Apps producer Ben Silverman, and Cue said that buying existing shows isn’t necessarily in the spirit of Apple.

These statements seem to contradict some of Apple’s actions. After all, Carpool Karaoke is a show Apple bought rather than create from scratch, even if it’ll be transformed to meet its needs.

The apps-based reality/game show is a unique idea that Silverman brought to Apple exactly because Apple is the company that kicked off the smartphone apps revolution with the iPhone.

As VentureBeat explains, Planet of the Apps will be a mix of American Idol and Shark Tank. Developers will have 60 seconds to pitch apps to advisors and convince them to train them before going to bigger investors. Viewers, meanwhile, will be able to test the apps, Cue said.

“It will have a linear component, so you can typically watch, but as Ben said, there’s a lot of things that we shoot that don’t end up on air in a linear format, and if you want to go deeper on a developer or a particular thing that’s happening, we can do that,” the top Apple vice president added.

That might indeed be one way of making streaming TV shows great again, and Silverman might be right about Netflix “the most traditional shows in the history of media,” Silverman.” But I’d binge on quite a few original Netflix shows before I even consider giving Planet of the Apps a trial.