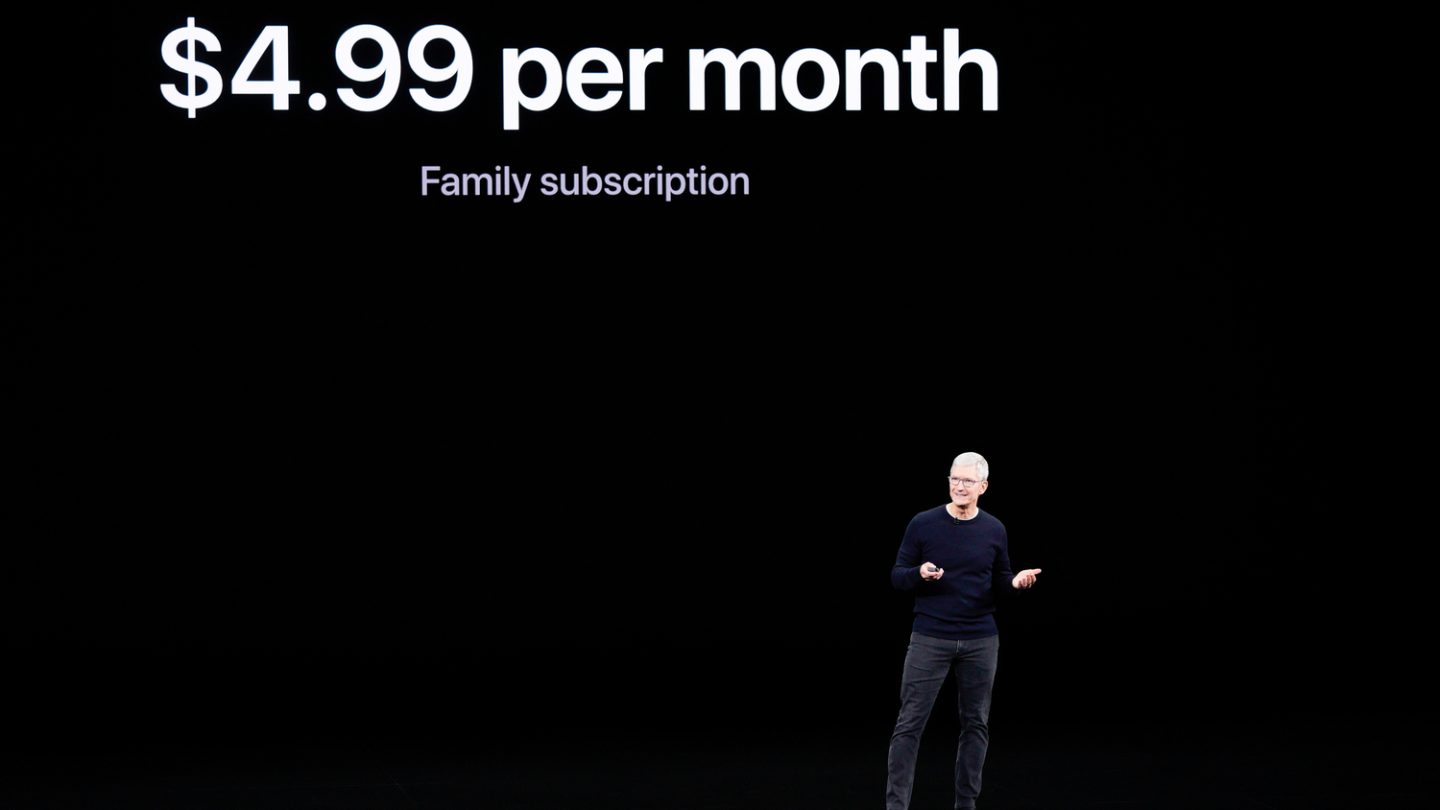 November is going to be a milestone month in the ongoing Streaming Wars, as consumers gradually move away from traditional cable and pay-TV packages in favor of Internet-delivered streaming offerings from Netflix and the like.

Apple’s announcement today of two key details that everyone was waiting on, relative to its forthcoming + service — the price and launch date ($4.99/month and Nov. 1, respectively) — solidifies its entrance into the ongoing scramble by tech and media companies for a piece of the big streaming pie. It also helps consumers start to plot out, now that we know what most of the big streamers will cost, what exactly they’ll likely choose to pay for.

Apple certainly priced its soon-to-launch Netflix rival aggressively, using it to also make Apple hardware more valuable in the process. That’s because, starting today, anyone who buys a new iPhone, iPad, , iPod touch or Mac can enjoy one year of + for free.

An interesting question is where Apple’s new streamer might fit into an ordinary consumer’s budget, especially as they ditch a cable package and start mixing and matching, signing up for various streaming services old and new. At this point, we’d like to helpfully offer that for a mere $60/month, you can assemble a pretty fantastic collection of streaming choices. And here’s how.

As we said, you can get away with adding most of the big services at this point for just $60 a month or so. You do that by starting with a core of Netflix, HBO, and Hulu, which already represents a large inventory of content.

On top of that, let’s add the monthly version of , plus the upcoming Disney+ and + streamers, both of which launch in November (Nov. 1 for Apple’s, Nov. 12 for Disney’s).

Breaking that down, your monthly cost would be (using the base monthly prices):

There are a number of caveats, of course, and different ways you can do this. If you pay the annual price for , that technically saves you the monthly price of the company’s streamer. You may also want to add live TV to Hulu, and Disney+ also offers a pretty strong package for $12.99 that includes Hulu and + along with Disney+. On top of all that, you could still add individual channels and networks that may not appeal to everyone, from Showtime to CBS’s to NBC’s upcoming streaming option.

All in all, though, the option we laid out above for just $60 a month should keep most people plenty busy for now and provide a ton of content to binge. Welcome to the Streaming Wars.