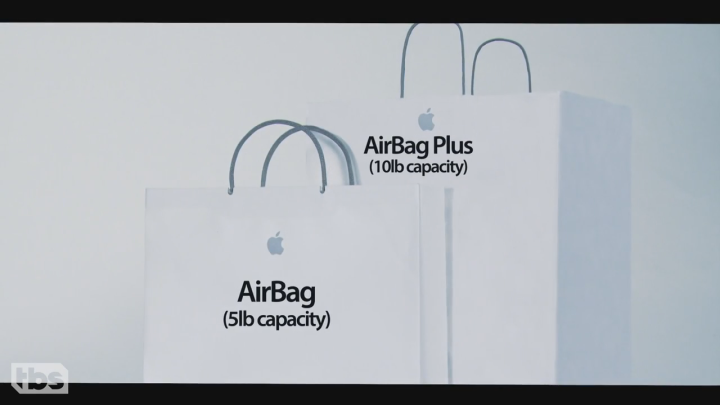 Following the release of the iPhone 7, some people have begun to question whether or not Apple has lost its way, if only slightly. Not only did Apple make the somewhat inexplicable decision to remove the headphone jack, but the company also introduced a set of wireless earbuds that look utterly ridiculous.

Nevertheless, diehard fans continue to eat up everything Apple puts out, which is why Conan has been having such a good time lampooning the company of late.

SEE ALSO: A new Pokemon Go update is about to be released, but don’t expect any trading support

Just last week, Conan ran a fake ad for Apple’s new AirPods, joking about how easy it’s going to be to lose the tiny accessories. This week, he’s taken another shot at Apple. But rather than goof on an existing product, he and his team decided to follow through on an Apple patent published this month:

As ridiculous as it sounds, Apple actually did file a patent for a paper bag back in March. According to the patent: “Embodiments of the present invention include a paper bag that includes a bag container formed of white paper with at least 60% post-consumer content. The white paper may be formed of solid bleached sulfate. The bag may have a reinforcement insert adhered to its interior, which may extend across and strengthen a fold of the bag container.”

No wireless chips or motion sensors, but Apple really did patent a bag. Don’t be surprised if you see one for sale in an Apple Store for $11.99 next year.