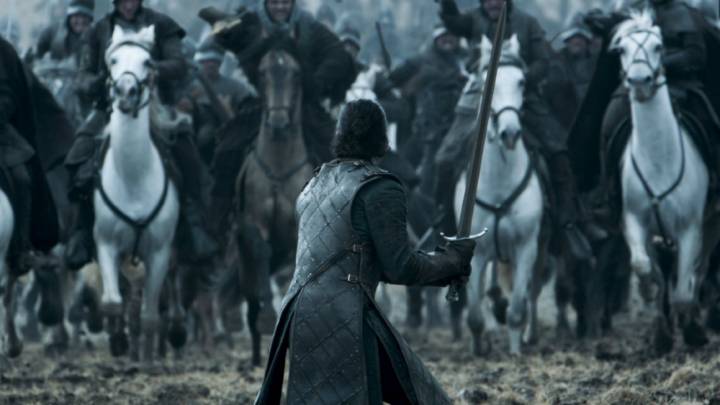 If you’re still looking for reasons to join Amazon Prime, then Amazon has a brand new offer for you, one that may help with your cord-cutting efforts. Starting December 1st, Prime subscribers will find two new streaming options in Amazon Channels that they’ll certainly appreciate: HBO and Cinemax.

If you’re a Amazon Prime subscriber, you can get an HBO streaming subscription for $14.99 a month after a 30-day trial period. Cinemax is slightly cheaper at $9.99 per month.

Obviously, these fees are on top of the yearly $99 fee that you pay for Prime, which gives you unlimited access to Amazon’s own streaming service.

HBO is probably the most exciting of the two, as it gives you access to many of the latest movies, as well as some of the hottest TV show’s out there, including Game of Thrones, Silicon Valley, and Westworld — to name just a few.

HBO subscription available for $14.99 per month includes favorite series likeWestworld, Game of Thrones, Divorce, Insecure, Silicon Valley, and the full HBO TV and movie selection available – without the need for a TV package

In addition, Cinemax is now available on Amazon Channels for $9.99 per month – enjoyThe Knick, Quarry, Outcast, Banshee and Strike Back as well as blockbuster movies

SEATTLE–(BUSINESS WIRE)–(NASDAQ:AMZN)—Amazon today announced the launch of HBO and Cinemax on Amazon Channels. Prime members can now sign up for a monthly HBO subscription to get HBO’s award-winning content for just $14.99 per month. Available today, Prime members can now watch the latest episodes of HBO’s newest hits including Westworld, The Night Of, and Divorce, catch up on all seasons of Game of Thrones and Silicon Valley, watch hit movies including Deadpool, Straight Outta Compton, and Steve Jobs, and tune in to VICE News Tonight. The HBO subscription on Amazon Channels lets Prime members stream HBO whenever they want – without the need for a cable subscription. Prime members receive a 30-day free trial and then pay $14.99 per month thereafter. HBO – including series, original films, miniseries, sports, documentaries, specials and a wide selection of blockbuster movies – is available to stream today.

Cinemax on Amazon Channels is also available today for $9.99 per month. Prime members can now enjoy the premier movie destination that offers unparalleled volume and variety as well as original series like The Knick, Quarry, Outcast, Banshee,and Strike Back. Cinemax also features the hottest blockbuster movies as part of the subscription including American Sniper, Mad Max: Fury Road, Pitch Perfect 2 andVacation as well as Trainwreck and Jurassic World, arriving in December. For more information on HBO, Cinemax and Amazon Channels visit http://www.amazon.com/channels.

“HBO has produced some of the most groundbreaking, beloved and award-winning shows in television history. Their selection of blockbuster movies is unsurpassed, including hits like Batman vs. Superman, The Revenant, and Deadpool. And, our customers have been asking when all that wonderful content will be available on Amazon Channels,” said Michael Paull, Vice President, Digital Video, Amazon. “Prime members can now watch the latest episodes of the critically-acclaimed Westworld and Game of Thrones without the need for a cable subscription. We’re thrilled to work with HBO to bring their cutting-edge content to Amazon Prime members with Amazon Channels.”

“For years now, Amazon has demonstrated an incomparable capability for bringing customers exactly what they want, in all the ways they want it,” said Sofia Chang, Executive Vice President, Worldwide Digital Distribution and Home Entertainment, HBO. “We have a very successful partnership with this great company that continues to evolve. We share the goal of providing Amazon customers more ways to access all of the high-quality HBO and Cinemax programming they’ve been asking for.”

Beginning today, Amazon Prime members can sign up for HBO to get unlimited streaming access to:
● All episodes of the newest and most popular HBO series such asWestworld, Divorce, Insecure, Ballers, and Game of Thrones
● Blockbuster and award-winning movies like Batman vs. Superman: Dawn of Justice, The Revenant, Deadpool, Joy, The Martian, Ride Along 2, Sisters, Straight Outta Compton and more
● Topical, news-focused content from John Oliver, Bill Maher and VICE
● All seasons of favorites like The Sopranos, Sex and the City, True Blood, The Wire and Deadwood
● Epic limited series, including The Night Of, The Pacific, and The Jinx
● Acclaimed documentaries including Going Clear: Scientology and the Prison of Belief, Kurt Cobain: Montage of Heck, 3 ½ Minutes, Ten Bullets, Everything is Copy, Jim: The James Foley Story, Three Days of Terror: The Charlie Hebdo Attacks, The Ties that Bind
● Hilarious original comedy specials from Louis C.K., Amy Schumer, Billy Crystal, Sarah Silverman, Ricky Gervais and the late Robin Williams

Amazons Channels includes numerous benefits for viewers, such as:
● Pay only for the channels a viewer wants
● No cable package required
● Watch anywhere, anytime on over 650 compatible devices
● Self-service cancellation of any subscription at anytime
● Create custom lineups from over 80 premium and specialty channels
● Free trials on all subscriptions
● Convenience of one account, no additional passwords to remember
● Trusted, reliable streaming from Amazon Video
● IMDb X-Ray integration
About Amazon Video
Amazon Video is a premium on-demand entertainment service that offers customers the greatest choice in what to watch, and how to watch it. Amazon Video is the only service that provides all of the following:
● Prime Video: Thousands of movies and TV episodes, including popular licensed content plus critically-acclaimed and award-winning Amazon original series and movies from Amazon Studios like Transparent, The Man in the High Castle, Love and Friendship and kids series Tumble Leaf, available for unlimited streaming as part of an Amazon Prime membership
● Amazon Channels: Over 80 video subscriptions to networks like HBO, SHOWTIME, STARZ, PBS KIDS, Acorn TV and more, available to Amazon Prime members as add-ons to their membership – to view the full list of channels available, visit http://www.amazon.com/channels
● Rent or Own: Hundreds of thousands of titles, including new-release movies and current TV shows available for on-demand rental or purchase for all Amazon customers
● Instant Access: Instantly watch anytime, anywhere through the Amazon Video app on TVs, phones and tablets, Amazon Fire TV, Fire TV Stick, and Fire tablets, or online. For a list of all compatible devices, visitwww.amazon.com/howtostream
● Premium Features: Top features like 4K Ultra HD, High Dynamic Range (HDR) and mobile downloads for offline viewing of certain content
In addition to Prime Video, the Prime membership includes unlimited fast free shipping options across all categories available on Amazon, more than two million songs and thousands of playlists and stations with Prime Music, secure photo storage with Prime Photos, unlimited reading with Prime Reading, unlimited access to a digital audiobook catalogue with Audible Channels for Prime, a rotating selection of free digital games and in-game loot with Twitch Prime, early access to select Lightning Deals, exclusive access and discounts to select items, and more. To sign-up for Prime or to find out more visit: http://www.amazon.com/prime.