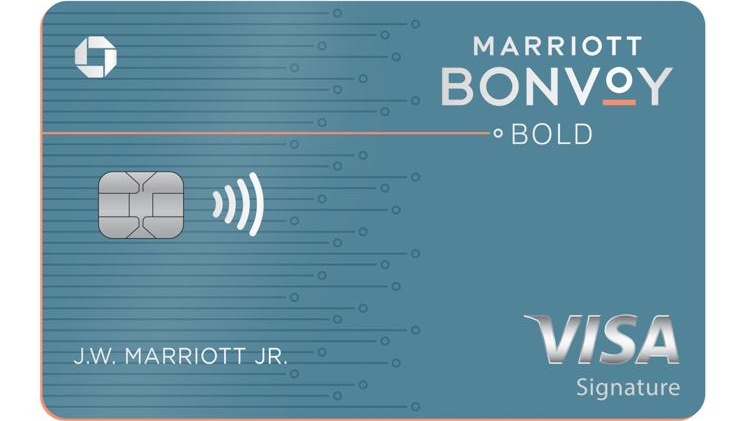 Applications have now opened for Marriott’s new co-branded card with Chase, the Marriott Bonvoy Bold Credit Card, which is noteworthy both for the benefits it offers as well as what it leaves out. But also for the fact that this is the two companies’ first co-branded card with which you can avoid an annual fee, which of course is always a plus.

Let’s dive into the specifics of this new Bonvoy Bold card, which comes with many of the same features as existing Bonvoy card products, albeit with some important exceptions. Also, we should note right off the bat: Not everyone will be eligible for this card.

The headline reward that’s dominating Internet coverage of the card is the 50,000 Marriott Bonvoy points you get after spending at least $2,000 within the first three months of card ownership. Using the valuation of 0.8 cents for each Marriott point as calculated by The Points Guy, that makes the card’s bonus worth $400. Not impressive, but not bad, either.

As a reminder, that rule basically says you can’t be approved for the card if you’ve opened five or more credit cards in the last 24 months, no matter the card issuer.

Some other points to be aware of:

Of the three Marriott-branded credit cards with annual fees, you’ll earn more points with them for every dollar you spend. The Bonvoy Bold, however, will only earn you 3x points per dollar spent at participating Marriott hotels and 2x points on other travel purchases, which includes things like airlines, hotels, motels, timeshares, car rental agencies, cruise lines, travel agencies, discount travel sites and the like. On everything else, you’ll earn 1x.

You do get Marriott Bonvoy Silver status with this card once you receive 15 elite night credits in a calendar year, and even though this is a no annual fee card it’s also got some solid travel and protection benefits like trip delay reimbursement, plus baggage delay insurance and lost luggage reimbursement. Additionally, you’ll have purchase protection against damage or theft for up to 120 days, as well as round-the-clock access to Visa Signature® Concierge services.

So is this the right card for you? That depends in part on whether you’re a frequent traveler and if you’re looking for simply an entry-level rewards card that doesn’t come with an annual fee. One that doesn’t have the top-tier perks but still offers some decent rewards for being a Marriott Bonvoy loyalty program member. If you do prefer higher points in popular spending categories, as well as a more robust amount of perks, one card you might consider instead is the Wells Fargo Propel American Express® Card, because the new Marriott Bonvoy Bold will work for many people, but not everyone.