Rumors about an impending merger of T-Mobile and Sprint have reached such a fever pitch that the government wants to get involved. A group of Senate Democrats have written to the Federal Communications Commission and Department of Justice, urging them open an investigation into the potential merger.

“Beginning an investigation into a merger of T-Mobile and Sprint now will allow your agencies to quickly, but fully, review the agreement if it is announced,” the letter said. The group of senators was led by Sen. Amy Klobuchar (D-Minn.), but also includes Sens. Al Franken (Minn.), Patrick Leahy (Vt.), Richard Blumenthal (Conn.), Ron Wyden (Ore.), Kirsten Gillibrand (N.Y.), Edward Markey (Mass), and Jeff Merkley (Ore.).

“Indeed, multiple news sources are reporting that the two parties are close to a deal in principle. The likelihood of the transaction occurring combined with the serious issues that it raises provide compelling reason for DOJ and the FCC to begin investigating the potential transaction,” the letter continues. “An anticompetitive acquisition would increase prices, burdening American consumers, many of whom are struggling to make ends meet, or forcing them to forego their internet connection altogether. Neither outcome is acceptable.”

In short: start investigating this now, so you can kill it with fire when it’s formally announced. 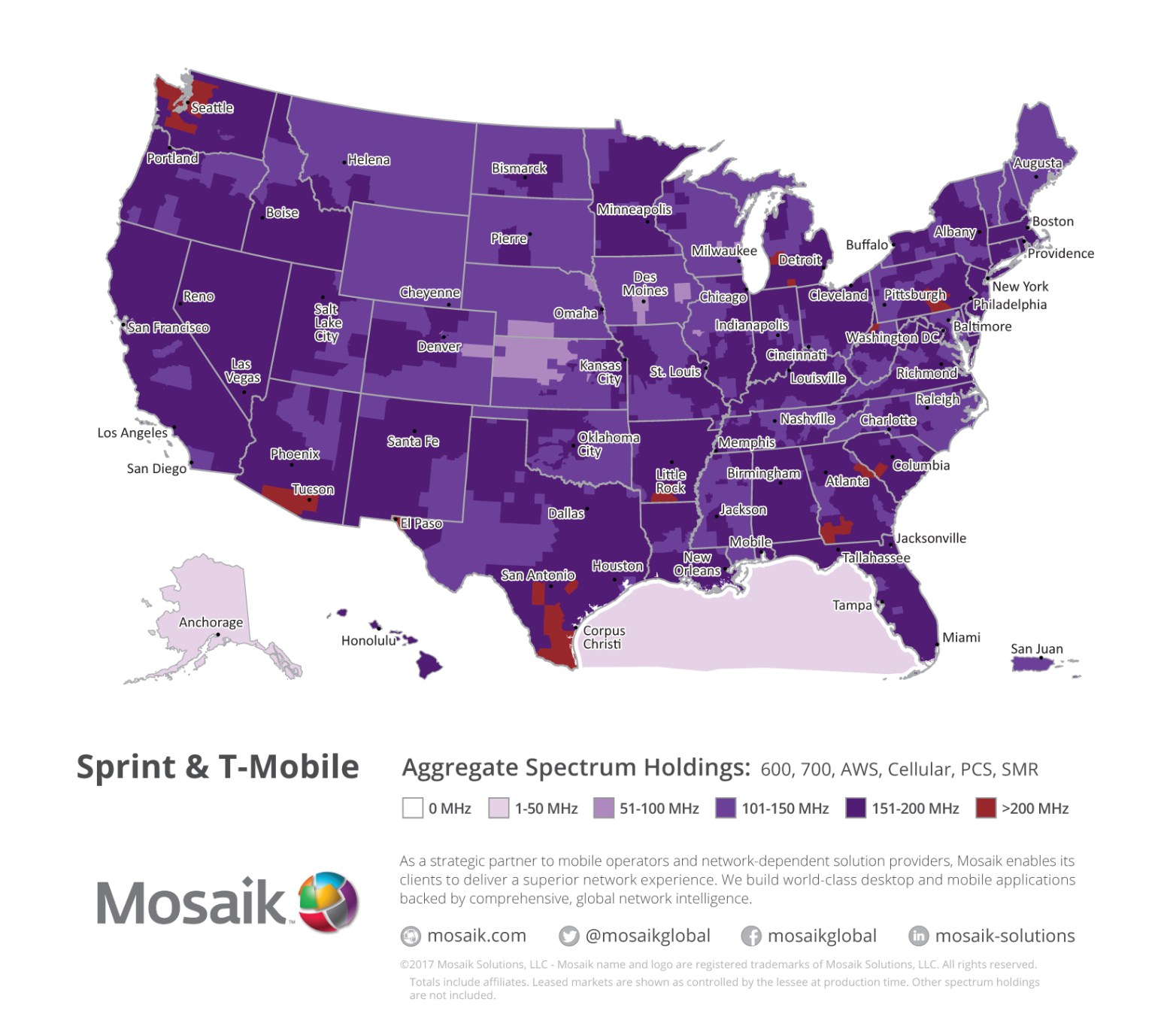 The senators are right to be concerned. Although the prospect of a merger between T-Mobile and Sprint has Wall Street analysts visibly salivating, it would be bad news for consumers in the long run.

The wireless industry is currently competitive, thanks to the variety in big wireless players. Verizon and AT&T have the best network, the most subscribers, and the highest prices. Sprint and T-Mobile have to compete on features (like unlimited data) or price. That competition helps keep prices down across the board, and forces AT&T and Verizon to offer unlimited plans — even if it’s bad for the bottom line and the network.

With the FCC bowing out of competition regulation, it would fall to the Department of Justice to block any merger. It’s difficult to say what exactly would happen there: Trump’s DoJ hasn’t had a coherent policy on large corporate mergers. One thing worth considering is that any merger would almost certainly kill thousands of retail jobs, as duplicate Sprint and T-Mobile stores would merge or close. That’s not a good PR look for a President who’s focused hard on job numbers thus far, so any merger might come with some promise of job-creating infrastructure investment, or maybe a new US-based call center.