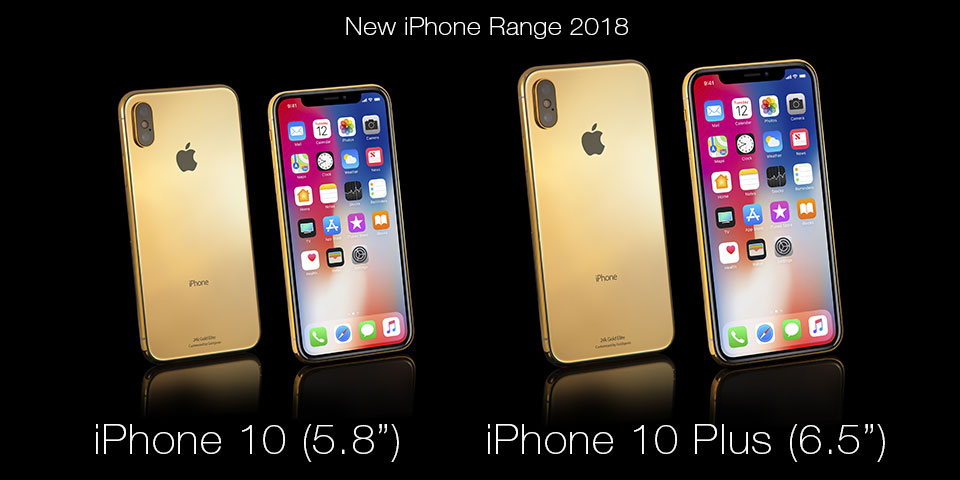 Everyone already regards iPhones as among the ultimate status symbols, with an army of fans that don’t care how expensive the pricey handsets get. They will snatch up each new release, as reliably as the sun rises every morning.

There are also out there in the ranks of Apple fandom surely some well-heeled iEnthusiasts who will open their wallet for this: a gold-dipped 2018 iPhone that comes in a sweet Cherry Oak box instead of Apple’s typical, white minimalist box. This “Billionaire’s edition” model of the handset, as Goldgenie is calling it, also includes “24/7/365 VIP Concierge service” for five years,  — and it will only set you back $127,000.

More than 100 times the price of an iPhone X, for those of you keeping score.

A product page from the British company announces that “The Goldgenie brand of luxury iPhones are the only fully customised range of devices with functional NFC, wireless charging, no dropped calls and a lifetime warranty. The gold iPhone XS is the brand’s most luxurious product to date. Goldgenie are the first company in the world to have meticulously embellished the exterior in solid Gold. This device not only has a solid gold rear back but also comes with our own 24/7/365 day concierge service for five years to enable you to live like a real billionaire.”

It should be noted that Goldgenie calling this golden beast an iPhone XS doesn’t mean anything, as the company doesn’t have a relationship with Apple. This is the same company, we should note, that earlier this offer offered a 24-karat gold-dipped iPhone X for a little less than $4,000 in honor of the wedding of Prince Harry and Meghan Markle, complete with an engraving of the couple of the back.

Not an Apple fan? No problem. They have plenty of Samsung and other Android handsets that are likewise gold-plated. Because you know you just want a gold Android phone to show off, right?

An important point about that iPhone with the six-figure price tag: even if you’ve got the cash, you’ve got to pay a 50 percent deposit. Which makes those expensive models from Apple coming later this year look a bit better in comparison.