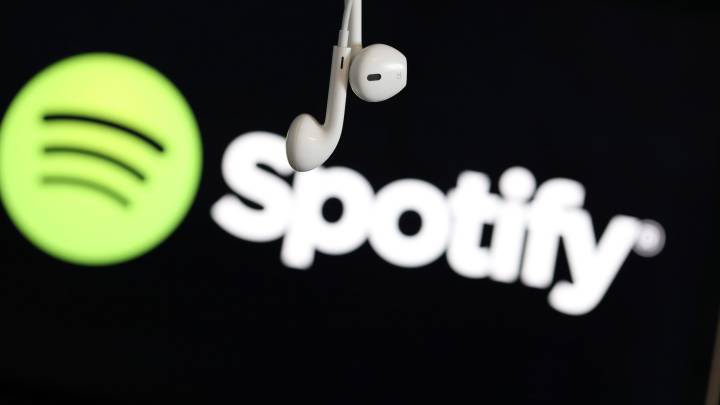 As the high-profile Epic Games v Apple trial entered its third week on Monday — with key Apple executives now being put on the stand, like Apple’s former marketing chief Phil Schiller — the chief legal officer of a completely separate Apple antagonist decided that this would be the perfect time to publish a screed against the iPhone maker. That piece took the form of an Op-Ed in The Wall Street Journal, to be more specific, and it rehashes some of the same charges relating to competition and supposedly monopolistic behavior that are also being litigated in the Epic Games trial in federal court in California.

The spat, in this separate matter, is between Apple vs Spotify, and the author of the WSJ commentary is Spotify Chief Legal Officer Horacio Gutierrez. Suffice it to say, though, that to anyone who’s followed his career that included a stint at Microsoft prior to joining Spotify, his newly published commentary’s charge that Apple is a “ruthless bully that uses its dominance to hobble competitors” is likely to sound, well, pretty rich considering the source.

You can read his full commentary, titled “The Monopolist Worm in Apple,” here. But be forewarned, the only wormy, rotten thing regarding this Op-Ed is the odious sense of grievance that pervades way too many companies, Spotify included, once they realize that Apple’s rules benefit, wait for it, Apple, instead of offering charity to businesses that benefit from Apple’s ecosystem.

Before we get into this, let me just say from the outset even though it won’t matter to too many people — this is not being written by an Apple apologist. I have my issues with more than one of the company’s services and have no problem happily using rival offerings as an alternative. I’m not here to praise everything Apple does, and its Podcasts app is a good example. I’m not the world’s biggest consumer of podcasts, as there’s really just one show that I’m a hardcore loyalist for, but nevertheless, I’ve found the user experience that Stitcher’s app offers to be far superior to Apple’s offering. It’s not a big deal. You pick the best thing for you, and you move on.

Let’s go back now to Gutierrez’s commentary against Apple, which as we noted is pretty timely because it incorporates some of the same issues being litigated in the Epic Games court action. One, he reiterates Spotify’s longstanding beef against Apple, which is that Apple takes a 30% share of in-app purchases as well as subscription revenue. Second, “Apple’s antisteering provisions, contained in the rules it imposes on app developers, bar companies from providing customers a direct path to a paid subscription and from communicating with customers about ways to access deals or promotions.

“Apple puts none of these limits on Apple Music, its service that competes with Spotify. So if a customer is on the free Spotify iPhone app, he can’t subscribe to Spotify Premium without paying Apple a royalty, and Spotify can’t tell him to go to his desktop for a better deal on the subscription.”

Okay, stop. As I see it, and I think most people understand this on a gut level even if they don’t realize it — once you have stepped into someone’s walled garden and agreed to participate in it, you have forfeited your right to complain of monopolistic, anti-competitive treatment. By making the choice to participate in that walled garden, you have literally just proven the non-existence of a monopoly, or of anti-competition! Here’s an example. Let’s say you decide to visit me here in Memphis, Tennessee, and you want to grab a bite to eat before our visit. You’re in luck. There are a ton of amazing restaurants in the city, spread out across the length and breadth of it, offering all kinds of cuisine and catering to every conceivable price point. You have a bounty of choices. Definitely not a case of one restaurant or one restaurant company monopolizing peoples’ choice here.

But if you decide that, you know what — you’d rather just eat here at home, with me, well that’s okay, too. But you would no doubt also make that choice knowing you’re at the mercy of whatever I have stocked right now on my shelves and in my refrigerator. Nobody made you forgo all the choices outside to sit down at my table to eat with me, so don’t come crying to me that, gosh, there’s a monopolist worm at my dinner table, stifling your agency and preventing you from choosing what you want to eat.

Gutierrez, undaunted, continues his commentary by making these additional points:

“Spotify is no longer alone” in leveling these kinds of criticisms against Apple, he notes. But who cares how many Apple critics there are? How is that even relevant? A crowd that happens to share the same opinion about something is not an adjudicatory body and has no bearing whatsoever on the truth of a matter. If it did, I would have to concede that Justin Bieber is an exceptional artist, since, after all, so many people buy his music. They must know something I don’t!

Also, from Gutierrez: “Apple’s ability to strange its competitors is unprecedented.” Really? Let’s take a look at some quick numbers.

Perhaps I’m being too hard on Gutierrez and should give him some benefit of the doubt. After all, this is the former Microsoft executive who once sat a journalist down and lectured him for a solid hour about how “amazing” patent licensing is. There was a time, too, when Google contended that Microsoft, after failing to succeed in the smartphone area, decided to switch tactics and fight tooth and nail over patients to, in the words of the search giant, “extort profit from others’ achievements and hinder the pace of innovation.”

Whether or not that’s an accurate assessment of what was going on at Microsoft back then, Gutierrez was at the center of that patent strategy. Definitely a shoe-on-the-other foot vibe in his commentary against Apple, though — instead of competing on a level playing field, these guys are shaking us down for money! It’s so unfair!

This is all much ado about nothing. I have a member of my household who is currently a Spotify Premium subscriber. Not a moment’s thought was given to the fact that the subscription needed to be done through Spotify’s website and couldn’t have taken place on the iPhone. If your product is great, people will do whatever they need to do in order to buy it over the competition. Whining about life not being fair is what losers do.