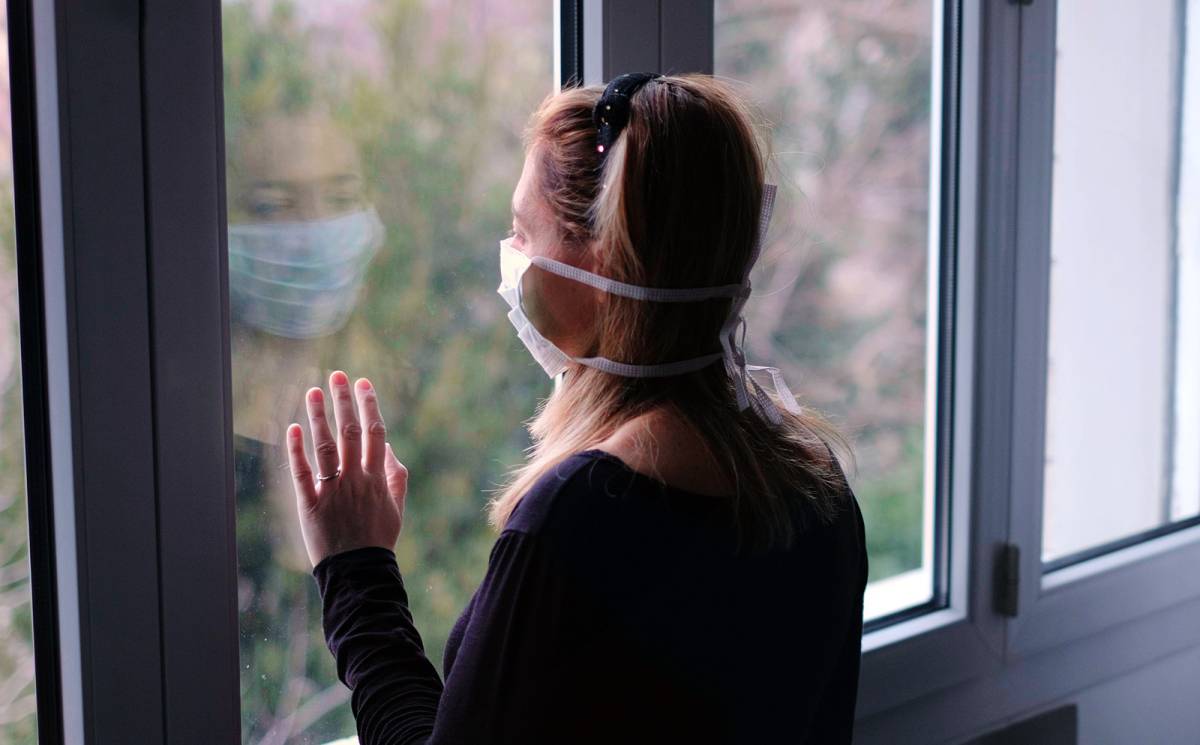 A woman wearing a coronavirus face mask staring out a window while in quarantine. Image source: Luca Lorenzelli/Adobe