A cloud eerily reminiscent of the massive Earth-invading ships from the Independence Day franchise appeared over Clovis, New Mexico, last week as strong storms rolled through the area. Video of the phenomenon, known as shelf clouds, reveals it to be an intimidating sight, and now you can watch the powerful storm from the comfort of your web browser.

Shelf clouds aren’t particularly rare, as they commonly form along storms created as cold fronts smash into warm, humid air. When these storms grow larger and form distinct lines as they push forward, the front end can take on a disc-like appearance. It’s incredible to see in person, and this particular storm looks like it was truly awe-inspiring.

These kinds of storms often move quite fast, carrying damaging winds along with them as well as intense thunder and lightning. As you can see in the video, the area being dumped on with rain is also enduring a whole lot of flashing and booming. In this case, local news reports that no significant damage was brought by the storm, which is obviously great news, but the storm is stunning nonetheless.

Here’s how the National Weather Service describes these kinds of clouds:

A low, horizontal wedge-shaped arcus cloud, associated with a thunderstorm gust front (or occasionally with a cold front, even in the absence of thunderstorms). Unlike the roll cloud, the shelf cloud is attached to the base of the parent cloud above it (usually a thunderstorm). Rising cloud motion often can be seen in the leading (outer) part of the shelf cloud, while the underside often appears turbulent, boiling, and wind-torn.

That’s a fairly apt description of what we’re seeing above. If you know what you’re looking at, it’s not terribly frightening. However, if you have never seen anything like this before, you might mistake it for something far more frightening. Strong storms can spawn tornados, which can be devastating, so there’s always a concern that a large thunderstorm will cause serious damage, but the cloud itself isn’t really a threat despite its intimidating appearance

It’s somewhat humorous that the massive cloud looks a bit like the alien ships from Independence Day, and we happen to be just days away from that holiday here in the United States. I mean, the resemblance is a bit uncanny, don’t you think? 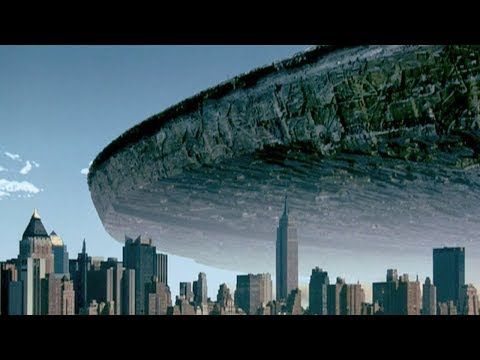 In any case, the storm has long since passed and we don’t appear to be on the verge of a takeover by a hostile alien race, so things appear to be fine.