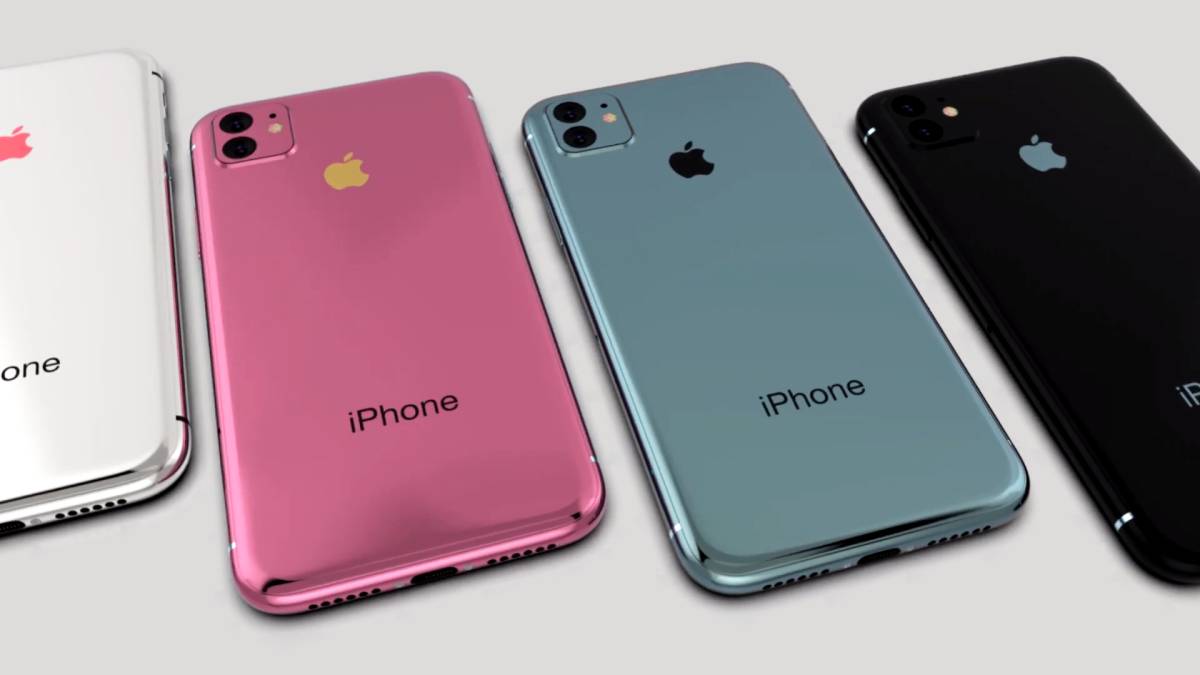 This past weekend, you might have seen what looked like a huge iPhone 11 specs leak that was covered by tons of tech blogs out there, and you might’ve wondered why it wasn’t covered here on BGR. The answer is pretty simple: it was fake. Not only was it fake, it was beyond obvious that it was fake and all the gadget blogs out there that covered it were merely looking for clicks. Much of what we know about Apple’s upcoming iPhone 11 lineup was leaked by inside sources that are almost never wrong about this sort of thing. So when a new leak pops up from an unknown source and contradicts several key specs or features that have been reported by far more reliable leakers, we don’t pay it any mind and neither should you. Besides, if you were looking for a new iPhone 11 specs leak, it turns out you only had to wait a few more days because a legitimate leak just came along and spilled what few iPhone 11 secrets remained.

Apple might release new iPhone models each year, but the pattern of leaks is pretty much the same. First, we get very early information from TF International Securities analyst Ming-Chi Kuo, who has a number of solid inside sources at companies in Apple’s supply chain. Then, after a few more little leaks here and there, renders start to pop up based on iPhone design files that are stolen each and every year from the factory where iPhones are manufactured. Physical mockups follow that, and then more leaks come along to fill in most of the blanks. Finally, one last round of leaks always pops up in the final days leading up to Apple’s big iPhone even that takes place each year in September.

Since Apple’s 2019 iPhone event is scheduled to be held on September 10th, we’re now in the home stretch. In fact, today we’re exactly one week away from Apple’s big iPhone 11 announcement. With that in mind, it really shouldn’t come as much of a surprise that iPhone 11 benchmarks just leaked. What will come as something of a surprise, however, is what these leaked benchmark test scores tell us. 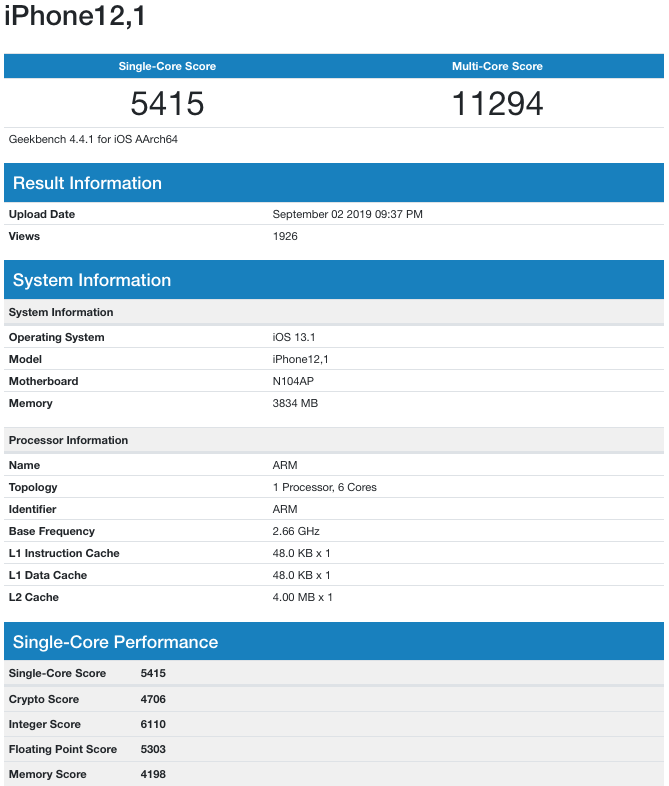 First things first, it won’t come as a surprise that the iPhone benchmark results discovered on Geekbench’s website show that the upcoming next-generation iPhone 11 is powered by a 6-core 2.66GHz A13 processor that’s supported by 4GB of RAM. The phone’s predecessor, the iPhone XR, had 3GB of RAM, but we all had a feeling that Apple would bump that up this year. It also shouldn’t come as much of a surprise that the iPhone 11 achieved an incredible single-core score of 5415. That figure obliterates comparable Android smartphones, and it’s also a significant improvement from the 4700-4800 range we’ve seen for the iPhone XR.