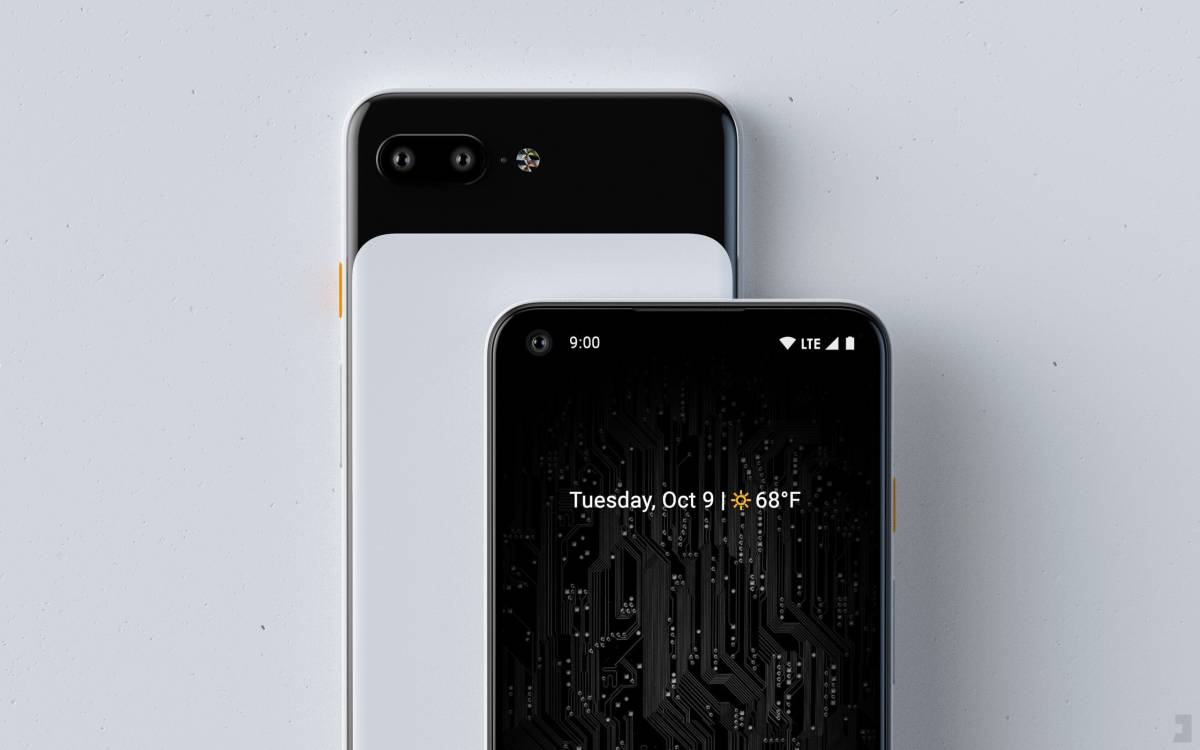 When Pixel 4 and Pixel 4 XL rumors first began trickling out, it sounded as though something crazy might happen this year. Google’s Pixel phone lineup began as a shameless iPhone copycat in terms of design, which wasn’t very surprising since HTC designed it. Then, however, Pixel phones quickly fell behind the times. Even now, the Pixel 3 and Pixel 3 XL have massive bezels around the screen while every other flagship phone out there has moved on to new designs with narrow bezels. Early reports suggested that Google would finally catch up in 2019 and release new Pixel phones with modern all-screen designs. Rather than continue to copy Apple’s notch, however, the phones would have hole-punch selfie cameras like Samsung’s Galaxy S10. Excitement quickly grew and graphic designers dreamt up what a Pixel 4 with a hole-punch screen might look like. It was stunning, and for the first time, it seemed like Google might actually out-design Apple instead of simply copying the iPhone. Then the Pixel 4’s actual design leaked, and that’s when things took a turn for the worse.

The good news is Google’s Pixel 4 and Pixel 4 XL are still expected to feature hole-punch selfie cameras and narrow bezels. The bad news is once you flip the phones over and look at the back, you’ll find that they’re going to copy the worst thing about Apple’s upcoming iPhone 11 series smartphones: the massive square camera bump. Here’s another look at the leaked Pixel 4 design:

The real shame of it is if Google had stuck with a design similar to its earlier Pixel phones and just modernized it a bit, the Pixel 4 and Pixel 4 XL might have been two of the sleekest and most stunning smartphones on the market. Just look at these renders created by graphic designer Jonas Daehnert and posted on Twitter:

Some images of the #Pixel4 #Stormtrooper concept. pic.twitter.com/IYCpSyg9Yu

How bad do you wish that the real Pixel 4 and Pixel 4 XL would end up looking like these renders? But alas, it wasn’t meant to be. Despite saying time and time again that it doesn’t need a multi-lens setup on its smartphones to achieve the best possible camera experience, Google has decided to go with a multi-lens setup on the Pixel 4. That’s fine, of course, but it would have been much nicer if it had managed to do so without adding the iPhone 11’s massive square bump to the back of the phone.

Google is expected to release its next-generation Pixel 4 and Pixel 4 XL smartphones in October, around the same time as earlier Pixel phones have been released in previous years.