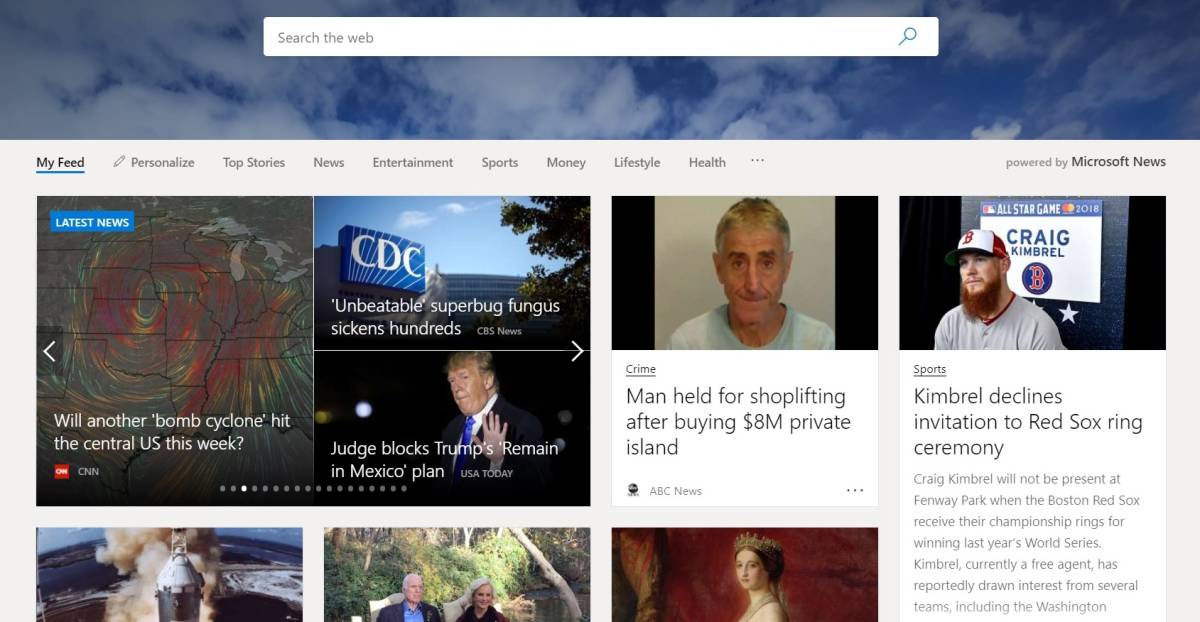 Like millions of others, I abandoned Firefox and Safari in favor of Google’s Chrome browser at the end of the last decade, and despite a rocky start in terms of performance, the ease of use and sleek design were too much for other browsers to overcome. I continued to test new browsers as they arrived and old browsers as they received significant updates, but nothing could ever match Chrome, and so I now have it installed on every device I own.

At this point, I’m so tethered to the ecosystem that it’s hard for me to even imagine what a browser would need to do in order to tear me away from the most popular browser on the planet. And that’s why I’m so shocked to disclose that after just a few hours of testing, I’m already thinking about jumping ship in favor of — drum roll, please — Microsoft’s new Edge browser. Yes, the latest browser from the company that built Internet Explorer.

After announcing last year that it would be rebuilding its Edge browser on Google’s open-source Chromium platform, the first official releases of the project have landed. You can download the Dev Channel (updated weekly) or Canary Channel (updated daily) builds from Microsoft’s Edge Insider site right now, and while they are intended for use by developers, anyone can download them and check out what Microsoft has been working on.

What’s so impressive about the Dev Channel build, which I’ve been working from all morning, is just how stable it is despite being the first release to ever be shared with the public. This doesn’t come as much of a surprise, as Google and Microsoft have been pooling their resources and working together to ensure that Chromium (the foundation upon which both Edge and Chrome are built) is in the best shape it can be, but that doesn’t take away from the work that Microsoft did to recreate its (already adequate) browser to give it legs for the long run.

Of course, this is the part where I admit that the best thing about the new Chromium-based browser is the fact that it’s pretty much just Chrome in a new shell. The first thing the Edge Dev Channel build did when I opened it was pull in all my data (bookmarks, browsing history, logins, etc.) from Chrome. Before I could blink, my new Edge browser looked identical to my Chrome browser, save for the distinct, blocky design of Edge.

In fact, my only complaint so far is that the look of the browser is a bit dated in comparison to Chrome’s latest design refresh. That’s not to say I don’t have issues with Chrome’s design, but I prefer it to Microsoft’s initial offering. Oh, and my other complaint is that Edge defaults to Bing for its search engine, which is just ludicrous.

The good news is that Microsoft has all the time it needs to take user feedback into account and tweak the browser before an official launch. Microsoft eventually plans to launch its Chromium-based browser on Windows 8, Windows 7, and even macOS, but not even the Beta Channel (which Microsoft says will be “the most stable Microsoft Edge preview experience” ahead of the actual launch) has been released yet.

“We know that this initial release is still missing a few features that are available in the current version of Microsoft Edge,” says the Edge team. “We’re in the early stages and are intentionally focusing on fundamentals as we continue to work towards a complete feature set. Over time, we will roll out new features and run experiments to gauge user interest and satisfaction, and to assess the quality of each new feature or improvement. This will help us ensure that all new features address our customers’ needs in the best possible way and meet our quality standards.”