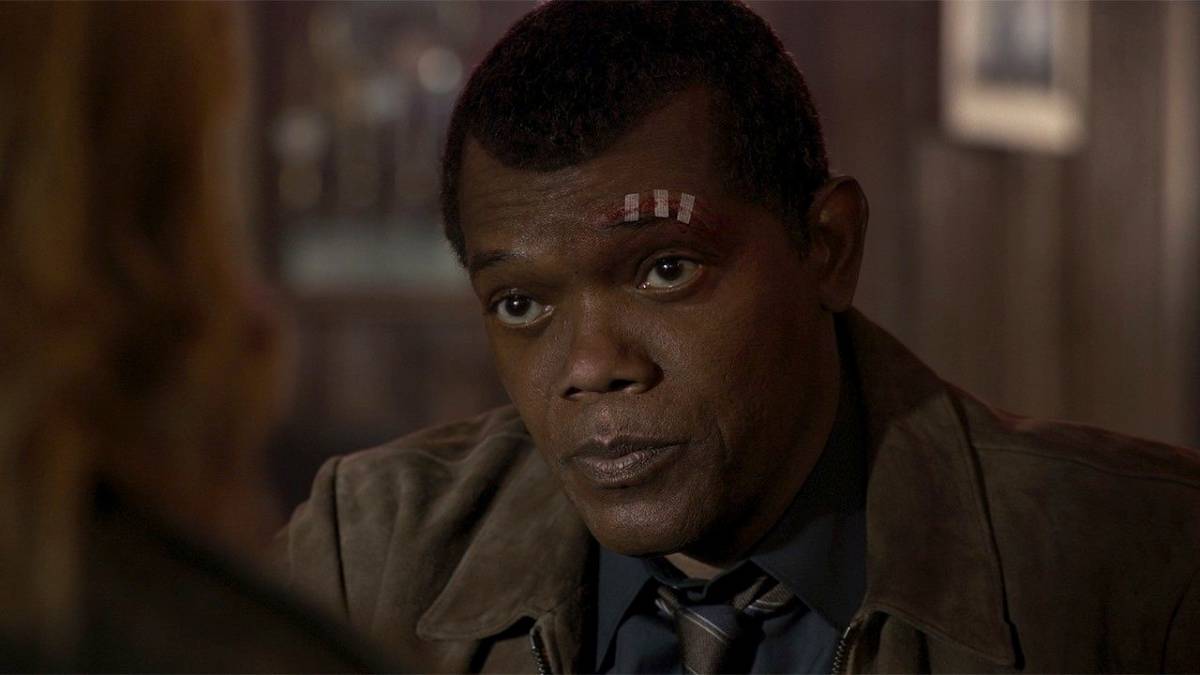 Samuel L. Jackson is no Tom Holland or Mark Ruffalo when it comes to Avengers leaks, but he certainly seems ready to spoil some details about the upcoming movies. Exactly a month ago, the actor who will reprise his Nick Fury role in at least two Marvel movies this year (Captain Marvel and Spider-Man: Far From Home) casually dropped a huge detail about Captain Marvel. He confirmed that she can travel through time, which has tremendous significance for the entire Marvel Cinematic Universe. Fast forward to February, and Jackson is back with a revealing spoiler about the upcoming movies, and it’s one that can explain Captain Marvel’s arrival in Endgame.

“[The Avengers are] up against some really, really tough odds right now, we saw throughout Infinity War,” Jackson said back in January, during an interview. “So now we know we need something that’s as powerful as Thanos, and at some point, we’ll find out how powerful she is and all the things that she’s capable of. She’s one of the few people in the Marvel universe that can time travel.”

Talking to Total Film Magazine (via ComicBookMovie), Jackson implied that Captain Marvel might travel from the ‘90s directly to the Endgame future following Fury’s page.

I guess we might figure out that she can do things that nobody else can do. She can time travel, so maybe she can get ahead or behind or whatever, and figure out what all that is. The fact I have the pager 20 years later – it gets addressed in an interesting sort of way.

Jackson didn’t say that Carol Danvers will just jump through time and make herself available in the 21st century, but that seems to be the implication. A previous TV spot for Captain Marvel partly addressed the pager. That video was shown in international markets, revealing a discussion between Fury and Danvers about the pager. That pager, meanwhile, looks exactly like the one Fury has — well, Fury’s pager is upgraded to work in the future. The question is now, in light what Jackson just said, does that pager communicate through time? How would that even be possible?

If Captain Marvel does jump from the ’90s to 2019, then it would certainly explain where she was all these years.

What is worth paying attention to is that Captain Marvel can move through time as she pleases without a Time Stone. She might not be able to watch time unfold as Doctor Strange did, but that’s a power that will obviously come in handy.

Jackson didn’t tell us exactly what’s going to happen though, à la Holland or Ruffalo, so he’s probably allowed to drop these particular teasers. What’s interesting is a fan theory said a few days ago that the snap in Infinity War might have pushed Carol back to the ‘90s. She then had to leave the planet, the theory said, so that she wouldn’t interfere with young Carol who’s still a kid on Earth during the ’90s. She gave Fury the pager in the process, with clear instructions for him to call her only if and when the snap occurs. That’s just a theory, however.

#CaptainMarvel lands on the cover of the new issue of Total Film magazine, which is on sale now! Full details here: https://t.co/JBoFh78PVi pic.twitter.com/5k7SAtvDll

Captain Marvel launches on March 8th, with Endgame set to premiere on April 26th. While you wait, you might want to check out the new Total Film Magazine for more Marvel content.

Tweet
Everything new coming to Netflix this week, and everything leaving (week of Feb. 10)