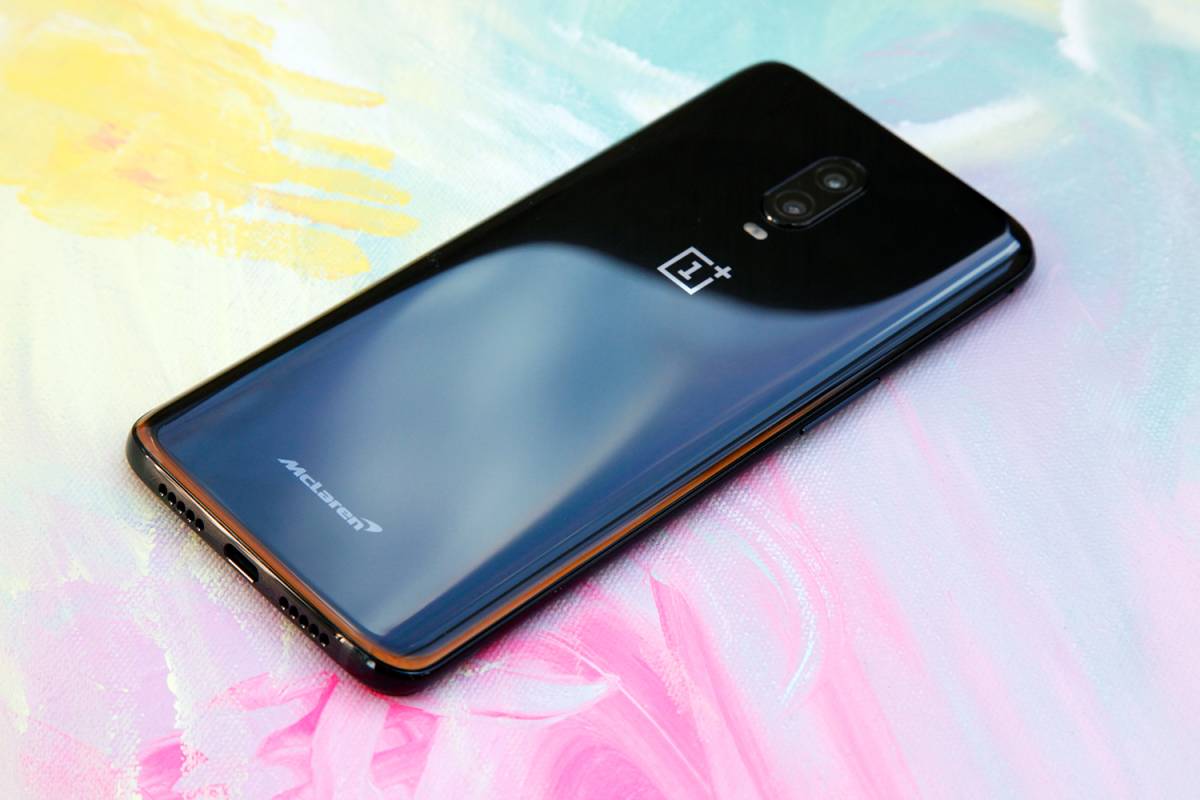 Remember when I said that the Thunder Purple version of the OnePlus 6T was probably my favorite Android phone of 2018? Yeah, I was wrong. At the time is was definitely the most stunning finish available on the most powerful Android phone of the year, but OnePlus decided to throw us one last curveball and release yet another new limited-edition version of the OnePlus 6T before 2018 is done. And this time around, the limited-edition model in question gets more than just a new finish.

The OnePlus 6T McLaren edition doesn’t exactly come as a surprise since it was detailed extensively in leaks last week. That doesn’t make it any less impressive, of course. In fact even after spending just one week with this new model, it easily sits atop the list of my favorite new Android phones of 2018.

For the most part, the OnePlus 6T McLaren edition is the same as the models OnePlus already has on the market. It has the same overall design, the same gorgeous display, and the same lightning-fast, almost-stock Android software with OnePlus’ nifty tweaks. There are four main differences though, and I’ll run through them now.

First, the finish has changed. The OnePlus 6T is already available in two different black finishes, and now we can add a third to the list. The McLaren edition isn’t your average black smartphone, however. Hold the phone at certain angles to the light and a gorgeous carbon fiber pattern appears at the top and then fades to black toward the bottom of the phone. Then a thin strip of Papaya Orange, McLaren’s signature color, fades in around the outer edges of the phone as you move toward the bottom. It’s a very unique effect, and it looks fantastic in person.

Next up we have two different changes involving speed, which both obviously play into the McLaren partnership. This special edition model features 10GB of RAM to go along with its 256GB of internal storage. That’s an increase from 8GB in the regular OnePlus 6T, and it adds another “first” to OnePlus’ trophy cabinet. The OnePlus 6T was already the first smartphone in the US to feature an in-display fingerprint sensor, and now it’s the first phone to pack 10GB of RAM.

The other big change related to speed is the addition of next-generation Warp Charge 30 fast charging technology. OnePlus phone have always featured top-notch fast charging, but the OnePlus 6T McLaren edition takes things to the next level. According to OnePlus, you can add a full day’s power to the OnePlus 6T McLaren edition after just 20 minutes of charging. Here’s more info from the company’s press release:

The OnePlus 6T McLaren edition is a combination of speed, technology, and beauty. Inspired by the desire to constantly challenge existing standards, OnePlus and McLaren have introduced intricate design with a powerful and versatile experience.

Unmatched speed is at the heart of the OnePlus 6T McLaren Edition, with new technology including Warp Charge 30, OnePlus’ new charging standard. Warp Charge 30 takes fast charging to new heights and never leaves people waiting, offering a day’s power in just 20 minutes. Thanks to the new charger and battery design, as well as a finely tuned power management system, power flows to the handset without slowing down even when the device is being used, or generating excessive heat.

The OnePlus 6T McLaren edition will be released in the United States, India, and parts of Europe on December 13th and will be available on the OnePlus website. The phone will also launch soon in China, but a firm release date hasn’t yet been announced.